Well, it’s finally that time. Last year, we posted a wrap-up for Netflix’s new series, 13 Reasons Why, and the show left us conflicted to say the least. The show’s murky message definitely had some merit but it also romanticized a suicide that stemmed from mostly pettiness. For weeks we’ve held off on this specific wrap-up for a handful of reasons (though, maybe not quite thirteen of them). However, the wait is now over. The events should be firmly implanted in everyone’s brain and everyone should have their own opinion of the series as a whole. Now, let’s discuss why 13 Reasons Why Season 2 is one of the dopiest things that Netflix has ever released on their streaming service.

If you haven’t watched the first season, ultimately, it goes like this. A high school girl, Hannah Baker (Katherine Langford), recorded thirteen reasons for her decision to commit suicide onto audio cassettes. The tapes were passed around between each of the thirteen people represented on them seemingly in an effort to point the blame at the people Hannah deemed responsible. Clay Jensen (Dylan Minnette) is our lead character who had a crush on Hannah but was too late to save her from her fateful decision. By the end of the season, Hannah’s issues with the culprits continuously compound until another student, Bryce Walker (Justin Prentice), marks her impending doom when he rapes her.

13 Reasons Why Season 2 picks up five months after the events of Season 1. Hannah’s parents, Andy (Brian d’Arcy James) and Olivia (Kate Walsh), have pressed charges against Liberty High School in the wake of their daughter’s death. Clay Jensen has attempted to move on as he’s in a relationship with Skye Miller (Sosie Bacon). However, as Hannah’s trial looms over the students at Liberty High, someone slips a Polaroid photo into Clay’s locker which depicts Bryce Walker raping another unconscious female. From here, Clay takes it upon himself to figure out who else Bryce has taken advantage of and use it to get justice for Hannah.

Essentially, all of the main characters from Season 1 are back for this second go-round. At the end of the last season, one of Hannah’s former friends, Alex Standall (Miles Heizer), shoots himself in the head but miraculously lives while only needing to use a cane to walk. Jessica Davis (Alisha Boe) returns to Liberty following the trauma she suffers from finding out that Bryce also raped her at a party. Hannah’s first kiss and Jessica’s boyfriend at the time of her assault, Justin Foley (Brandon Flynn), is suddenly homeless living on the streets in Oakland. Pseudo-stalker Tyler Down (Devin Druid) is the first to take the stand in Hannah’s trial and one of the only people to tell the truth. Though, he’s victimized for it throughout all of Season 2. 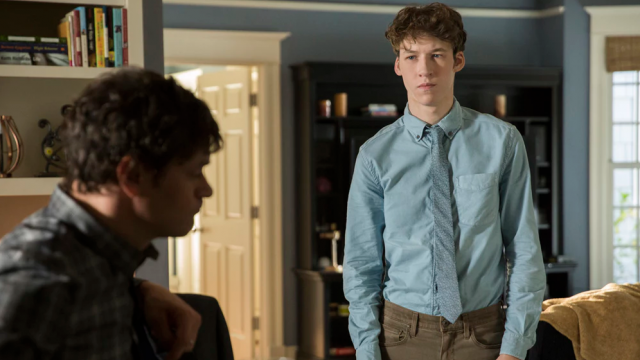 With the way the first season ended, it’s truly no surprise that Netflix decided to pump out 13 Reasons Why Season 2. On top of that, the attention that the show received was enormous. On one hand, it’s not hard to see why. A tragic suicide drama set in a modern high school that addresses realistic issues is intriguing on paper. Yet, the showrunners and producers, including Selena Gomez, really lacked focus when it came to the overall plot. The handling of Hannah’s suicide was the most effective thing about the show. However, Hannah’s reasons for killing herself were extremely petty at times and often brought upon by herself as well. Sadly, the lack of direction extends well into the show’s second season.

Let’s start with some of the more minor gripes. Firstly, it was nice to see Clay not constantly pining over Hannah even if it lasted for all of two episodes. Then, we hit our first big obstacle with Hannah appearing throughout the season as Clay’s imaginary friend. After thinking that Tony Padilla (Christian Navarro) was imaginary in the previous season, the show actually does stoop to this level. Unlike the first season where Clay has visions of Hannah that play more like a storytelling mechanic as he listens to her tapes, the second season straight up has Hannah as a ghost character. No one else can see her but Clay and she seems to be around simply to torture him at every turn. Her presence ultimately leads to more confusion and there’s never any payoff as to why she actually sticks around. In films like Ghost or The Sixth Sense, souls may stay behind due to “unfinished business.” Here, it’s as if Hannah’s spirit has nothing better to do than to hang out and torment Clay as he tries to forget about her.

In addition, Hannah’s trial is ridiculously bogus. As the Bakers try to blame the school for her death, Clay outed Bryce as Hannah’s rapist in the prior season. Apparently though, no one cares about that as Clay frequently says that he gave them Bryce’s recorded confession. By the end, though, the confession is important as the court hears Bryce testify by giving his sequence of events. This happens often throughout the show as events aren’t necessarily important until they conveniently fit into a twist in the overall plot. Despite the show’s attempts at addressing social issues, there’s absolutely no excuse for poor storytelling to do so. It cheapens the message that the show is trying to convey and, at times, is eye-rollingly bad. 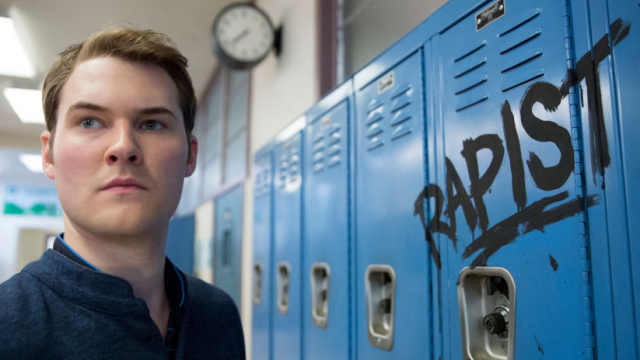 When it comes down to it, “storytelling” is the keyword when talking about 13 Reasons Why Season 2. The first season had issues in this regard as well but its heart was in the right place. This time, it’s hard to figure out what the show is even going for. Ultimately, Hannah’s trial undoes everything viewers were supposed to like about her character. She was cast as being misunderstood and a victim of the cruelty of her peers. That’s thrown out the window as they pass her off as scandalous at times and even a bully herself. Of course, every episode randomly introduces all new events between characters that we hadn’t seen previously that almost all paint Hannah in a negative light. Basically, the show straight up lied to its viewers about who these characters are in the first season and changed the narrative in Season 2. This type of move is unfathomable and very unbecoming of the entire series in general.

What else is there to say about this season of 13 Reasons Why? The first thing to ask is if a second season was even necessary. Had people known the eventual outcome, most would’ve probably said no. One can’t even begin to comprehend what was going through the mind of the showrunners as Season 2 began to take shape. Whereas Season 1 felt like it actually had something to say but kind of fumbled its words, Season 2 hasn’t even learned to speak. Like its shoddily presented characters, 13 Reasons Why Season 2 has identity issues for days. The first season struck a chord with people and, without much planning, the second season had to hit the same notes. It had to shock viewers, present social issues in a confrontational light, and also try to maintain some level of charm. Unfortunately, yet unsurprisingly, it does none of that. While Season 1 of 13 Reasons Why may not have been a great television show, it was leaps and bounds better than its successor. Sadly, the most distressing thing about 13 Reasons Why is that we’re going to have to suffer through an inevitable third season.