This is the one that did it, folks. This is the television show that put Netflix on the map as a powerhouse. House of Cards Season 5 was released on May 30th with massive anticipation behind it. The nail-biting political drama has wowed its audience time and time again over its previously four season run. Obviously, it would do the same in its fifth season. Right?

The first season of House of Cards dropped on February 1st, 2013 and has been one of the greatest TV shows in recent memory ever since. It was created by Beau Willimon and is an adaptation of a BBC series and novel of the same name by Michael Dobbs. While shows like Game of Thrones and Breaking Bad may have pulled in all the mainstream fanfare, House of Cards has been right up there in terms of quality. The term, “political drama,” may be a turnoff for some. In all honesty, though, you don’t have to be interested in politics to enjoy it. Its tense story, excellent characters, and constant swerves are enough to keep anyone involved.

House of Cards Season 5 begins where Season 4 left off. For the first half of the season, President Frank Underwood (Kevin Spacey) and Governor Will Conway (Joel Kinnaman) are locked in a battle for votes for who will be the next President of the United States. Terrorist prisoner, James Miller, is beheaded on live television after Frank and his wife/Vice Presidential candidate, Claire (Robin Wright), decide to use fear as a vehicle to win the election. The race remains tight until the Underwoods begin using supposed terrorist threats to manipulate voter turnout in crucial deciding states.

The second half changes pace as the focus shifts into more investigation of Frank’s wrongdoings over the years. Specifically, Tom Hammerschmidt (Boris McGiver) is still hot on Frank’s heels over the death of reporter Zoe Barnes (Kate Mara) earlier in the series. A lot of focus is also given to Claire. While she has always been one of the most important characters on the show, she’s almost the main character by season’s end which is made quite obvious in head turning fashion. 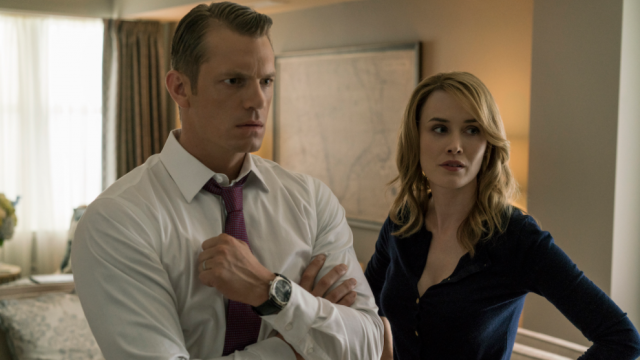 As usual, House of Cards Season 5 is still all of the wonderful things that the show has been over the years. Kevin Spacey is still astounding as Francis J. Underwood. Every time he’s onscreen, you just can’t look away. He goes to any length to get the things that he wants. He’s despicable yet still lovable in the same way as James Gandolfini’s Tony Soprano in HBO’s The Sopranos. Michael Kelly remains as Frank’s reliable lapdog, Doug Stamper. Like Frank, Stamper goes to any lengths to make sure Frank gets what he wants. As a viewer, it’s hard not to feel bad for Stamper throughout the entire series as he willingly sacrifices himself at every turn. He’s a sympathetic character despite his numerous vile acts for the Underwoods.

Surprisingly though, for a show that does everything so well, Season 5 feels sort of directionless. Where the previous seasons felt as deliberate as Frank himself, this season goes strictly for the “wow” factor. Previously, the events in House of Cards felt like they could all legitimately happen in politics. Season 5 hits you with a barrage of things that make the show feel like actual fiction. A husband and wife being running mates for the presidency was kind of a ludicrous idea for Season 4 but the ways that the Underwoods manipulate and sabotage seems almost like it’s too much in Season 5. Before, the characters often jockeyed for position and made alliances to get something. Now, Frank just takes whatever he wants however he wants. Simply put, this season doesn’t feel as smart as previous ones. 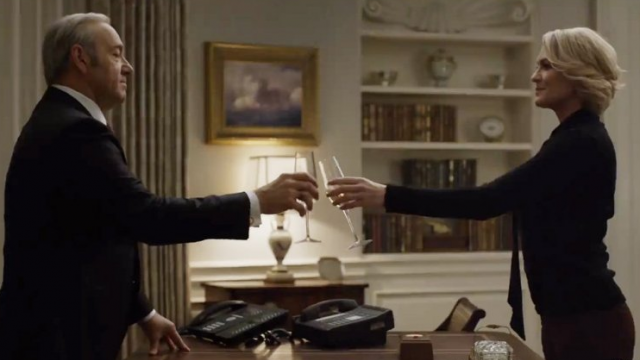 Obviously, this isn’t to say that House of Cards has lost its way or that the season wasn’t good. It just felt different. It felt less calculated than normal and flirted with the fantastical. This isn’t that kind of show and that’s why this season sticks out like a sore thumb. Not to mention, there are so many things going on behind the scenes that we never see happen. All of a sudden, one of the characters will say what happened to get them to the point they’re at. For example, Damian Young’s character, Aidan Macallan, is working for the NSA and is the source of the terrorist chatter that gets the voting centers shut down. Then, out of nowhere, he’s in Russia for some reason before going on the lam. There doesn’t appear to be a logical sequence of events to progress the season’s storylines

While the series still remains as one of the top shows out there, House of Cards Season 5 falls a little flat. There are moments of brilliance and stellar performances but there’s a lot missing. Characters like Jackie Sharp (Molly Parker) and Remy Danton (Mahershala Ali) are noticeably absent this season and there aren’t many secondary plot elements that take a break from politics. Even Frank taking a bit of a backseat to Claire throughout the season is a little discouraging. Kevin Spacey has propelled every bit of the story and, as great as Robin Wright is as Claire Underwood, this is his show. House of Cards Season 5 likely won’t turn anyone off from watching Season 6 but it feels like the show is spinning its tires a little. Hopefully, with Season 6, House of Cards can pull itself back out of the mud and back to the top.