With the multitude of films that are released every year, sometimes one just falls through the cracks. Today, we’re reviewing Giuseppe Tornatore’s The Best Offer just in case you missed it…

Let’s just get this out of the way. Someone could make a two hour film of Geoffrey Rush speaking pig Latin at a highway rest stop and it would be entertaining. The man is one of the most underrated actors out there despite having a 30+ year career. He is absolutely captivating in all of his roles. From Captain Barbossa in the big budget Pirates of the Caribbean series and his Oscar nominated role as Lionel Logue in The King’s Speech all the way down to his turn as Stephen Price in the re-imagining of William Castle’s horror film, House on Haunted Hill, Geoffrey Rush never disappoints. Needless to say, his performance alone is enough reason to see The Best Offer.

Rush plays Virgil Oldman, a respected auctioneer, who is tasked with evaluating and auctioning off a collection of old artwork and antiques from the villa of young reclusive heiress Claire Ibbetson (Sylvia Hoeks). Virgil is extremely rigorous so when Claire does not show up to their scheduled meetings a number of times, Virgil becomes irritated. Eventually, he learns that Claire has a severe case of agoraphobia in which she refuses to leave the villa or even be seen by other human beings. On a similar note, Virgil almost always wears gloves to avoid physical human contact. Over the course of the film, Claire opens up more and more to Virgil as they first begin talking through the wall of the room she hides in. Their relationship grows and Virgil begins to fall in love with her. 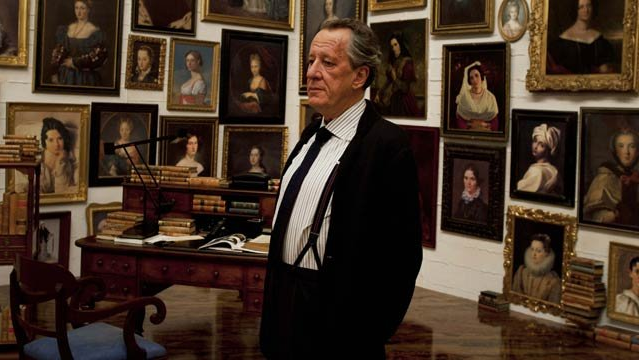 There is another subplot of the film in which Virgil keeps finding parts and gears from an extremely rare automaton within Claire’s villa. A young mechanic named Robert (Jim Sturgess) slowly assembles the automaton for Virgil. Unbeknownst to Claire, Virgil stands to make a large profit off of it. Along with being an auctioneer, Virgil and his friend, Billy Whistler (Donald Sutherland), run cons at auctions to acquire valuable pieces of art at a lower offer for Virgil to add to his priceless female portrait collection.

If there was a definitive way to describe The Best Offer, it would be that it’s kind of a less inherently perverted version of American Beauty. While Claire is not a high school student as Mena Suvari was in American Beauty, she is significantly younger than Virgil. On one hand, the film is a romantic drama, but there are also a lot of mystery and thriller elements mixed in as well. Overall, it’s an uncomfortable film to watch at times.

Aesthetically, The Best Offer has an antiquated feel to it. It feels like an older piece of cinema even though it was released in 2013. While being filled with art and antiques, Claire’s villa is beautiful yet dilapidated. It is elegant yet disheveled much like both Virgil and Claire’s respective lives. Cell phones and technology are used sparingly in the film as Virgil initially refuses to have one until Claire begins calling him regularly. In a way, the aforementioned automaton is the most sophisticated piece of technology in the film. 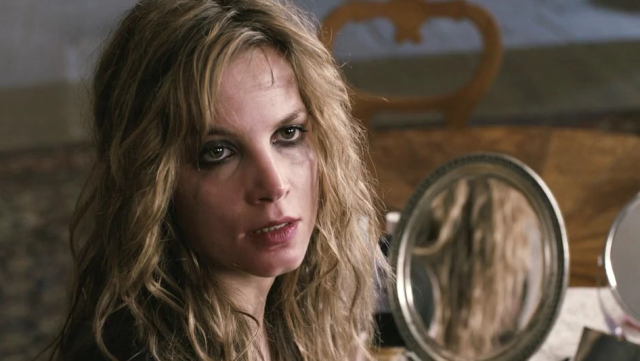 If there’s one fault in the film, it’s that some of the dialogue and metaphor (whether spoken or visual) are a bit on-the-nose. There’s a way to cleverly overlap plot and visuals but writer/director Giuseppe Tornatore makes these moments a bit too obvious. For example, at one point Virgil, who has begun to fall for Claire, is talking about love with Billy. Billy says, “Human emotions are like works of art. They can be forged. They can seem just like the original.” While this is a decent metaphor, considering the fact that the film is also about art, it ends up being a little bit of an eye rolling moment. There are a number of conversations like this throughout and it does get somewhat tiresome. The most prevalent visual metaphor of the film is Robert getting closer to finishing the automaton as Virgil and Claire’s relationship gets more and more intense.

Again, the real star of the film is Geoffrey Rush. He shines as Virgil Oldman. Regardless of good acting from all involved, and especially from Sylvia Hoeks, Rush definitely carries the film. At the beginning, he is very coarse and materialistic but as his love for Claire grows, he develops compassion and humanism. Sure, sometimes the metaphors get to be a bit much and the plot can be a bit predictable. However, The Best Offer is a truly entertaining watch. The acting and characters propel the narrative and it’s easy to develop sympathy for all of them. Ultimately though, it seems that Tornatore tried to be a little too smart with the script at times. Instead, he should’ve allowed the relationships to play out organically and done away with some of the lengthy metaphorical dialogue. The actors all gave very natural performances but sometimes the writing and plot just get in the way. To quote the script itself, “There’s always a forgery in something authentic.” You were almost convincing, Giuseppe Tornatore.