Over the years, we’ve come to understand that all film adaptations of video game franchises are absolute garbage. From Super Mario Bros. and Street Fighter to Max Payne and even this year’s critical flop,Warcraft, video game films have continued to be unmitigated disasters. In this respect, who would’ve thought that there would actually be one out there that’s not that bad. Justin Kurzel’s newest film, Assassin’s Creed, should be considered a benchmark for what these adaptations strive to attain going forward.

Before we get too far, it must be said that Assassin’s Creed isn’t perfect. Though, it does hit on many of the things fans should want out of their video game movies. It’s entertaining, the effects are solid, and, most importantly, it stays true to the source material. It doesn’t feel like a mere cash-in on the name. It feels moreso like its own entity rather than just another installment of the long running series.

Like many adaptations, the plot doesn’t follow any of the previous plots from the video games. However, unlike many adaptations, it doesn’t stray from the typical Assassin’s Creed narrative. New protagonist, Callum “Cal” Lynch (Michael Fassbender), is set to be executed but instead is transferred to Abstergo Industries. Abstergo is led by the father-daughter combination of Alan and Sofia Rikkin (Jeremy Irons and Marion Cotillard respectively). They use Cal’s DNA to gain access to the genetic memories of one of his ancestors from the Assassin’s Brotherhood during the Spanish Inquisition named Aguilar. Abstergo, a modern day incarnation of the Templar Order, wants to follow Aguilar using a piece of technology called the Animus to find the mythical Apple of Eden.

If you’re new to the world of Assassin’s Creed, that may sound like a mouthful. Unfortunately, it is. In the early parts of the film, there’s a lot of explaining from mainly Marion Cotillard’s character. Much of it will probably not make sense to first time viewers. If you’ve followed the series, it will still be confusing but at least you know where things are headed. The short version is that Abstergo uses the Animus to relive Aguilar’s memories through Cal. In the games, you spend most of your playtime in the Animus. In this case, the two hour film tends to substitute naked exposition for actual experience. This is possibly the biggest shortcoming of the film. 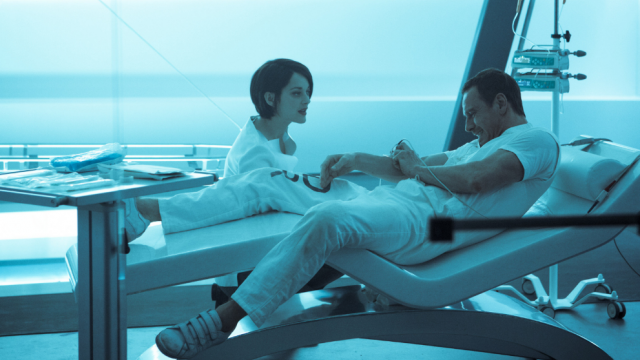 Another issue with the film is in its action sequences. While it’s easy to tell that there was some serious time and effort put into them, the in-your-face camera and shaky cam are simply unappealing. There’s a lot of good choreography in the scenes and viewers just aren’t able to take it all in due to the camera itself. There are also constant cuts that jostle and confuse since there doesn’t appear to be a flow to them. It’s extremely unfortunate that the filming and editing are so frenetic because, had these scenes had some time to breathe, they’d be quite impressive. Justin Kurzel has proven himself to be a competent director with his previous film, Macbeth. Scenes were given time to develop and the actors had time to showcase themselves. It’s interesting that the same approach was not taken in this film.

Speaking of Kurzel’s previous work, this is not the first time he has worked with Fassbender and Cotillard. Both starred in the aforementioned Macbeth and were fantastic. While their performances in Assassin’s Creed aren’t quite as good, they still get the job done. Specifically, Michael Fassbender carries this film for the most part. Having supporting actors like Cotillard, Jeremy Irons, and Brendan Gleeson is an added bonus. Make no mistake, though, this is Michael Fassbender’s film. In fact, this may have been the easiest paycheck Irons and Gleeson have ever made as they mostly just stand around during their scenes. Either way, it’s nice to see that the studio put together a distinguished cast for a video game movie. 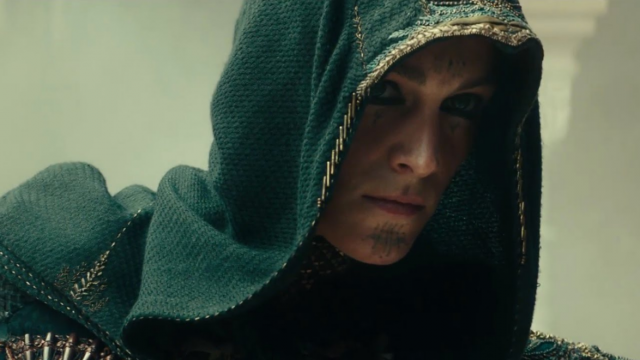 The best parts of the film are definitely the sequences set during the Spanish Inquisition with Aguilar. This is where the film excels on behalf of its source material. The fighting, the chase sequences, and the special “assassin moves” are pulled straight from the video games. While the modern day scenes get a bit tiresome with exposition, the Inquisition scenes bring the video game to life. In all honesty, that should be the most important thing about these adaptations. Gamers want to see these stories and characters come to life. They don’t want to see cash-ins on name recognition or stories that stray from the source. They want to see faithful adaptations and this film certainly delivers, albeit at times, in that aspect.

As previously stated, Assassin’s Creed is not a perfect film but there’s enough to like. It’s nice to finally see a video game adaptation deliver on some of the best things about a game. Usually, only characters or a loose concept are recreated while crafting an entirely new experience that doesn’t satisfy (i.e. Resident Evil). Assassin’s Creed feels like its own story but is also a faithful attempt to bring the universe to life. While there’s a lot of nonsensical lingo tossed around early in the film, the action makes up for it. It’s not the best film by the director or any of the cast, but it’s a good launching point for the series. As long as filmmakers are willing to take the material seriously, Assassin’s Creed, and any possible sequels, could finally buck the trend of lackluster video game films.

One Thought to “In Theaters Review: Assassin’s Creed”