Captain America: Civil War was everything a “versus” film should be and more.

Wow. That’s the only word that comes to mind when trying to describe Captain America: Civil War. It just has everything: internal conflict, new characters, a cohesive story, action, comedy, drama. Everything.

As stated in Cinema Smack’s State of the Franchise retrospective on Cap, Civil War really had the odds stacked against it. With so many franchises that have gone big and bombed, it was easy to feel like this could be the film to turn the tables on Marvel’s recent success. This film did anything but destroy the Marvel Cinematic Universe. Civil War enhanced it. Simply put, the MCU just got a lot bigger.

As per usual, let’s start with the plot. Basically, the Avengers have really messed up a lot in their brief existence. They destroyed New York in The Avengers, Washington D.C. in The Winter Soldier, Sokovia in Avengers: Age of Ultron, and, at the beginning of Civil War, they destroy Lagos. The United Nations questions the power of the Avengers and wants them to be regulated and only be tasked to return in times of crisis, an ideal that Tony Stark/Iron Man (Robert Downey Jr.) agrees with. On the other side is Steve Rogers/Captain America (Chris Evans) who believes that the Avengers themselves are the best candidates to decide when to stand and fight.

That’s the “civil war” part of the film. The other major conflict is the return of the Winter Soldier AKA Cap’s best friend/man-crush Bucky Barnes. While Cap tries to help his friend battle Hydra’s control over him, some of the other characters begin to have issues with the Winter Soldier. As everyone should know by now, this leads to cracks in the foundation of the Avengers and a battle between Team Iron Man and Team Captain America. 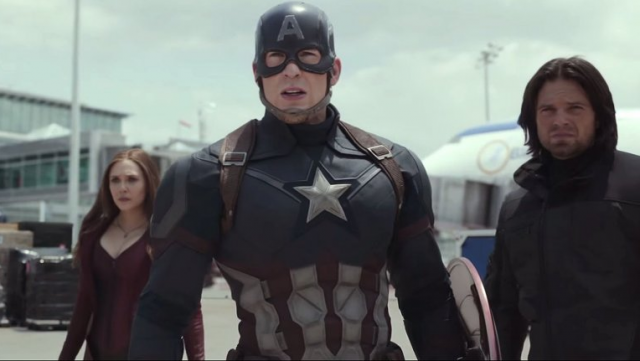 New to the extensive group are Black Panther, Spider-Man, and Ant-Man (who had a standalone movie last year but this is his first true Avengers appearance) played by Chadwick Boseman, Tom Holland, and Paul Rudd respectively. Black Panther is one of the aforementioned characters that has a problem with the Winter Soldier and his story is properly set up to continue in his own film in 2018. He would’ve stolen the show in Civil War if not for the inclusion of the new Spider-Man. Tom Holland was spectacular in his limited screen time and he proved himself a force to be reckoned with when Spider-Man: Homecoming releases next year. Everyone should be excited for that film after Holland’s performance in Civil War.

Obviously, the most epic part of the movie is the battle between the heroes. It is absolutely fantastic. Every hero is done justice and they all get their individual moments to shine. Each hero gets a chance to put their talents on display and swing the momentum of the fight. Of course, they are all so evenly matched that as soon as one side gets the upper hand, the opposition is there to knock them back down. Despite the scale of the battle between all of the superheroes, you can tell that they don’t necessarily want to hurt one another. Their opposing viewpoints are just too at-odds to compromise. Oddly enough, it feels like Captain America and Iron Man get the least amount of screen time in the big Avengers fight which is just fine. They do eventually make up for it. 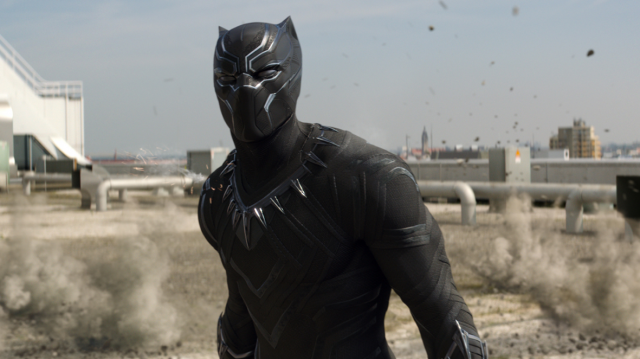 As great as Civil War is as a whole, there are still some minor squabbles with it. The action scenes, as awesome as they are, are still too jumpy and disorienting as they were in The Winter Soldier. When you’re watching Civil War, you can tell that there was a ton of work put into the stunts and choreography during scenes but the editing is so choppy that they never get a chance to truly impress. Also, character motivation does seem to slightly waver at times. Particularly, there’s a scene with Scarlet Witch where she essentially says she wants to do one thing but then acts in the complete opposite way after very little coaxing. Another extremely minor gripe is with the title of the film. This should’ve been under the Avengers banner as opposed to being a Captain America film.

Overall, Civil War is extremely impressive. If anyone is wondering when the other shoe is going to drop for Marvel and their films will start to decrease in quality, rest assured that this is them at the top of their game. For the minor issues with the film, there are just too many things to love about it. Not only did they deliver another entertaining adventure with all of the popular Avengers characters but they added in new heroes that will thrive in the MCU. Basically, this is the film that Batman v Superman needed to be. There are so many different directions to go with the Marvel characters from this point and the storylines are potentially endless. Captain America: Civil War is quite possibly the best MCU film to date and the sky is the limit for Marvel moving forward.