When it comes to legal thrillers, there aren’t many that automatically come to mind. While crime dramas, suspense thrillers, and horror flicks come out at an almost rapid fire pace, the legal procedural hasn’t quite found its place among some of the top genres. Courtroom dramas have been much more successful with films like the classic 12 Angry Men as the slight offshoot legal thriller takes a backseat. That being said, there are a handful of really great titles out there. In 2007, we got the Oscar nominated Michael Clayton and now, in 2019, we get Dark Waters.

Director Todd Haynes has been a bit of an enigma when it comes to his film career. Though he has been active since the 1980’s, his name is one that largely flies under the radar. His first claim to fame was his 1988 43 minute short film, Superstar: The Karen Carpenter Story. The film chronicles the rise and fall of singer Karen Carpenter and her battle with anorexia. The film is widely known due to its usage of Barbie dolls as actors and the legal struggles of Haynes from the toy company, Mattel, Karen Carpenter’s brother and collaborator, Richard, and the Carpenters’ record company, A&M Records for not obtaining permission to use licensed music. Haynes released his first feature length effort, Poison, in 1991 and landed an Oscar nomination for Best Original Screenplay for his 2002 film, Far From Heaven. While only landing one nomination himself, films like 2007’s Bob Dylan inspired I’m Not There and 2015’s Carol have garnered awards recognition in other categories.

Dark Waters follows corporate defense attorney Robert Bilott (Mark Ruffalo) during his twenty year battle against the DuPont chemical company. Bilott is approached by a Parkersburg, West Virginia cattle farmer named Wilbur Tennant (Bill Camp) whose livestock is dying off at an alarming rate. Tennant believes it to be due to a poisoned water supply from the nearby DuPont chemical plant. Bilott is discouraged from taking the case by members of his own law firm which represents DuPont including his supervisor, Tom Terp (Tim Robbins). Instead, he finds himself wanting to help Tennant. As Bilott investigates deeper into potential chemical runoff into the town’s water supply, the case takes a toll on himself, his job, and his family as he aims to take down a company that he’s supposed to be siding with.

Perhaps one of the reasons why strict legal thrillers don’t have the support that some similar subgenres do is that they can be tough to manage. They have to provide an intriguing story while not being too heavy handed with legal speak for the layperson. Then, there has to be something for the characters to overcome. In many cases, corporate giants may have protection against such accusations or out of court settlements can be made. Luckily, Dark Waters is a perfect storm of everything you’d want from this kind of film. It’s based on a true story that has seemingly been forgotten. The film is based on a handful of articles including, “The Lawyer Who Became DuPont’s Worst Nightmare,” by Nathaniel Rich from The New York Times as well as Robert Bilott’s own memoir, Exposure. The decades long struggle of Bilott is the type of story that viewers can get behind due to his persistence and faith in the work being done. You want to see him best a company he’d normally protect because of the damage being done to the community. It’s an underdog story for someone who’s not necessarily an underdog. 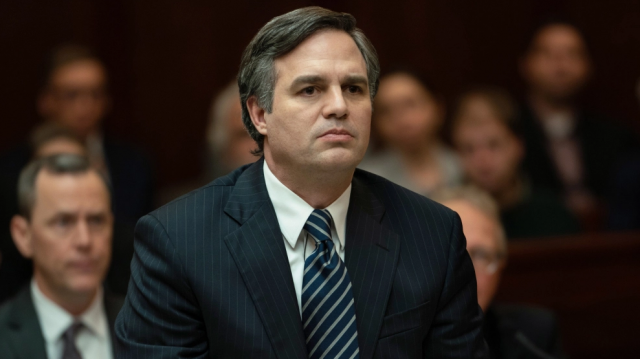 As a thriller, the film does an excellent job as well. No, it’s not a thriller in the same way as something like The Silence of the Lambs or Seven but you do get an inkling that what Bilott is doing is dangerous. He’s not tracking down serial killers or missing people but he’s attacking a company’s livelihood and championing for the people.  Unfortunately for Bilott, there’s a physical and mental toll that comes with that. The things that he discovers are horrific and shocking in nature which definitely contributes to the “thriller” side of things. It’s one of those stories that makes you second guess what you put into your own body and what unknown things can be attributed to that.

When it comes to the cast, make no doubt about it that this is Mark Ruffalo’s film. Not often a leading man, Ruffalo proves his mettle here but not in typical fashion. As previously mentioned, his character isn’t really an underdog or even an every-man. However, it’s refreshing to see someone who just wants to do the right thing. As the years go by, Ruffalo’s Bilott becomes worn down but still doesn’t give up his fight which continues for the real Robert Bilott to this day. Veteran actors like Tim Robbins, Bill Camp, Victor Garber, and Bill Pullman put in noteworthy performances. Yet, it’s Anne Hathaway as Bilott’s wife, Sarah, that steals most of the secondary thunder. Initially, Hathaway doesn’t seem to have much to do in the early part of the film. As Bilott continues the crusade and his own life is affected, Hathaway’s Sarah steps into the spotlight with an excellent dramatic performance. Much of the focus swings to her as she’s just as affected by the DuPont case as her husband. 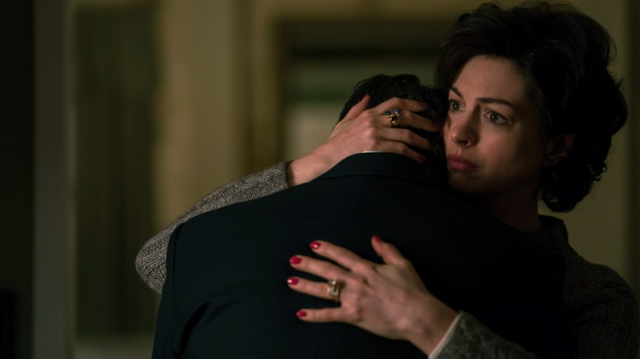 As is the case with most films, Dark Waters isn’t perfect. There are nitpicks but none of them are backbreaking. The main one is that there’s a lot of time covered in the two hour runtime of this film. Needless to say, the events are quite accelerated and viewers often won’t have time to gradually learn about the effects of DuPont on Parkersburg. While it mostly works, it often feels like characters are telling the audience what they need to know instead of showing it. In a legal thriller, this is to be expected and it’s not too off-putting but it should be addressed. While you’re watching, you get the feeling that a second viewing would probably be beneficial to connect the dots between some of the legal speak and the revelations by Bilott.

Other than that, Dark Waters is a surprisingly tense and captivating legal thriller. There are no action scenes or bombastic events that occur. Instead, the film is gripping in a way similar to a documentary. It’s the investigation and revelation behind the horrors of a small city that grabs your attention and the toll it takes on the persistent Robert Bilott and his family that won’t let it go. It’s a well crafted film that tells a real-life story that many people may not even know about. For that alone, Dark Waters is commendable and highly recommended viewing.