Back in 2017, Andy Muschietti’s long awaited adaptation of the 1986 Stephen King novel, It, landed as a critical and commercial success. The film benefited from the horror renaissance in Hollywood at the time and raked in some big bucks at the box office. Inevitably, a sequel would follow as the first film only provided half of King’s story. Now, two years later, It Chapter Two hits theaters. It’s likely that the film will have much of the same success but, sadly, it’s a far inferior film to what Muschietti and company put onscreen two years ago.

Of course, It Chapter Two is not only the followup to 2017’s It but it’s also a chance to create a definitive live action finale that was mishandled in the 1990 It miniseries. For all of the praise that the 1990 version gets for its first half featuring the child versions of the Losers Club, it also gets a lot of flak for its second part. There’s nothing necessarily egregious about the adult portion of the miniseries but the cast lacks the magic of the child actors. Also, the ending leaves so much to be desired and is, admittedly, somewhat comical. Either way, the miniseries is always met with fond memories despite its shortcomings. 2017’s It was a rock solid remake but, when stacked up to the first part of the miniseries, it’s a slight notch below. With It Chapter Two, there’s plenty to improve on from the miniseries with the adult Losers Club. Ultimately, this film should far and away be the better live action interpretation of the finale. Right?

The film picks up 27 years after the events of 2017’s It. Six members of the Losers Club leave Derry, Maine and become successful in their adult lives. Mike Hanlon (Isaiah Mustafa) remains in Derry and obsesses over the potential return of the murderous Pennywise the Dancing Clown (Bill Skarsgård) after the group defeated him years ago. Eventually, Mike’s suspicions prove to be correct and the killings in Derry resume. Mike calls each one of his former friends who then make the return to their hometown to, once again, put evil in its place. Upon their return, Mike explains to Bill (James McAvoy), Beverly (Jessica Chastain), Richie (Bill Hader), Ben (Jay Ryan), and Eddie (James Ransone) how the group can potentially destroy Pennywise for good this time.

One of the biggest problems with not only It Chapter Two but with the second part of the miniseries is the lack of story. There just isn’t much of one. This film is basically the same as its predecessor with an adult cast. The Losers spend much of the runtime hunting down “tokens” to present during the Ritual of Chüd to defeat Pennywise. Though, the film is never really able to make the tokens a big enough deal where viewers will care. Throughout the film, each character discovers their respective token. Even though we’ve seen most of them in the previous film, the tokens tend to lack emotional weight and seem more trivial than anything. There are even times where you think one thing is a token but it ends up being a different, less impactful item. This whole subplot is reminiscent to the nine pieces of eight from Pirates of the Caribbean: At World’s End. Needless to say, this idea didn’t really work that well there either. 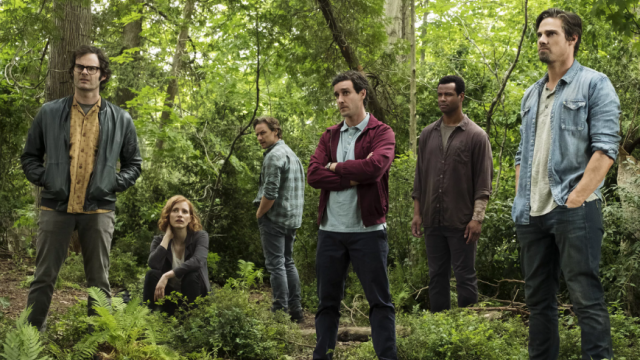 The overall storytelling in the film is also very underwhelming. At nearly three hours long, It Chapter Two is never properly paced. The reunion of the Losers Club is horribly rushed. Some may complain that the use of constant flashbacks in the miniseries was a contrived way to tell the story. Yet, it did the job relatively well. All of the flashbacks were relevant and told each Loser’s part of the story. It actually took its time to build up both the child and adult versions of the characters. With this film, the adult cast is thrown into the fire with the character building taking place across the span of the middle two hours of the film. The story of 2017’s It is so potent because it centers around childhood ideals. King’s story is about friendship, fear, and the inevitability of growing older. With the adults, the only thing that really translates is the rekindled friendship that defines the Losers Club. The problem is that it takes so long to actually get to some of this and it’s much harder to project a child’s fear onto an adult.

The lone saving grace here is that the cast is really good. It’s not as great as you’d expect but it’s still one of the best parts of the film. James McAvoy is a standout in everything he’s in and the same can be said here for his role as Bill. However, he’s often pushed into the background to give way to Jessica Chastain’s Beverly and Bill Hader’s Richie. Chastain campaigned for her role in the film and doesn’t disappoint. Hader has been the universal MVP of It Chapter Two and it’s easy to see why. He’s very funny throughout the film, as all versions of Richie tend to be, but also displays emotion during crucial scenes. Bill Skarsgård remains the true star of these It films as Pennywise the Clown. The film is simply at its best when he’s onscreen. Though, it would’ve been nice to see some new, darker layers to the character given the desperation he felt from the Losers Club at the end of the last film.

Jay Ryan and James Ransone do a great job channeling their younger counterparts but often fall to the wayside in favor of the character arcs for the aforementioned talent. Isaiah Mustafa is a bit wild as Mike to the extent that he’s actually a horrible friend. This is in stark contrast to the kind and level-headed version portrayed by Tim Reid in the miniseries. In fact, there are numerous psychotic portrayals of characters throughout Andy Muschietti’s It films. Nicholas Hamilton as the young Henry Bowers is one of the worst parts of the first film and Teach Grant as the adult Bowers doesn’t do much better in the sequel. Despite all of this, the casting was phenomenal in finding adults who actually looked like the child actors. There isn’t a single transformation that appears questionable. This is especially impressive in the case of Jay Ryan’s Ben who has very similar facial features to the younger, and heavier set, Jeremy Ray Taylor. 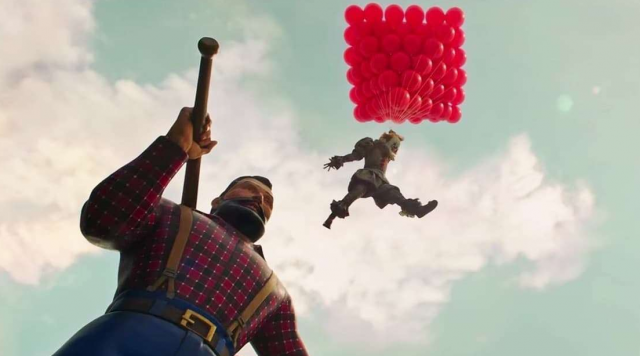 Unfortunately, the casting is almost all that there is to praise about the film. The script certainly doesn’t do anyone any favors as It Chapter Two is horribly written. The dialogue is absolutely atrocious at times and is overly vulgar. There are so many unnecessary F-bombs dropped by every character. So many scenes end with characters screaming, “F— you!” at each other and, frankly, it’s just lazy, ineffective writing. These two It films are supposed to be the raw and bloody affairs that King’s novel was known for upon its release. Instead of being edgy and true to the spirit of the book, It Chapter Two comes off as being sophomoric and callow. At least the previous film would’ve had a reason to be like this given its portrayal of childhood. Even that film, though, doesn’t reach the scripting and creative lows that its successor does.

Of course, there are some fun and eerie sequences with Pennywise terrorizing and taking the shape of other monsters. Yet, the special effects are so god awful that it’s hard to get fully absorbed into these scenes. This was a big problem with the 2017 film. In a day and age where photorealistic films like The Lion King are being made, there’s no excuse for CGI to be this cartoonish. Many of the effects look so fake that it legitimately affects the film’s scares. The film evokes far more laughs than screams or gasps from its audience and, for a horror film, that’s not a good thing. Again, this was a problem with Muschietti’s first It film and it’s only amplified here. It’s as if the director can’t figure out what he wants these films to be. Many people credit the character of Pennywise to be one of the scariest ever in print, film, and pop culture. The same simply can’t be said for his usage here though.

It Chapter Two is an ugly, big budget, overproduced slog of a movie. It’s ugly in terms of its storytelling, cartoonish CGI, and especially its horrendous script. That being said, there’s still a small amount of good that keeps this film from being a total disaster. There’s some good acting and some fun moments with Bill Skarsgård’s Pennywise. The previous film also wasn’t perfect but there was more good than bad. Here, all of the good in the film is masked by so much bad. On top of everything, there’s just simply no excuse for the film’s bloated runtime coupled with its almost complete lack of a plot. Let’s face it, if you enjoyed 2017’s It, you’re seeing It Chapter Two. You may even find that you really like certain aspects of the film. Still, this is not a good movie and certainly not how anyone wanted this story to end.