Long has the Bourne series been a model of consistency. Throughout the 2000’s, the original trilogy followed one man trying to rediscover his identity while dodging corrupt CIA officials. In 2007, the series was wrapped up nicely with The Bourne Ultimatum and Jason Bourne’s long battle was over. Now, in 2016, the character returns in the aptly named Jason Bourne.

After such a concise ending to his saga, it’s safe to wonder how a new film would reintroduce the character and further his story. Jason Bourne has always been an intriguing character but how can he convincingly be brought back? This new installment dangerously toes the line between refreshing and unnecessary.

The plot, of course, follows Jason Bourne (Matt Damon) as he re-emerges in the CIA spotlight. Longtime series regular, Nicky Parsons (Julia Stiles), stumbles onto more CIA programs similar to Treadstone and wants to shut them down for good. She also finds more buried history on Jason Bourne and his father which leads her to seek his aid. Meanwhile, CIA Director Robert Dewey (Tommy Lee Jones) and Cyber Ops Division Head Heather Lee (Alicia Vikander) send The Asset (Vincent Cassel) to take out Nicky and Bourne.

All of the usual Bourne tropes are present in this new film. There is plenty of misdirection, discovery, and deception. Alliances are consistently created and broken. The CIA figureheads are often at odds while working against each other through Bourne. It very much feels like any one of its predecessors. Paul Greengrass also returns to direct and co-write this new film after bowing out following The Bourne Ultimatum. 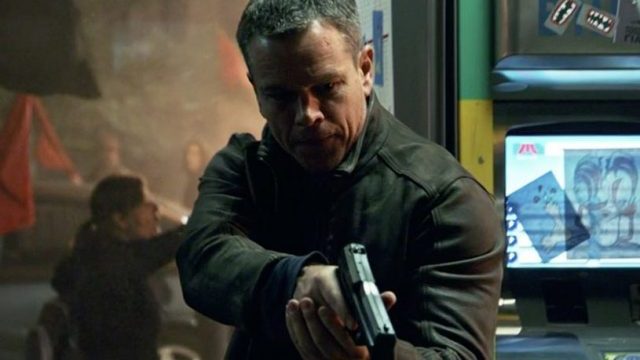 That being said, Greengrass’s return brings with it the dreaded shaky cam and it’s worse than ever. Every single scene is afflicted with non-stop camera movement and the action scenes are nearly unbearable to watch. The shots cut away so quickly that it’s hard to see anything that’s going on. During one of the main car chase sequences, you lose track of what the characters are trying to even do or where they’re trying to go. The camera in this film is absolutely atrocious and torments viewers from beginning to end.

The script is nothing to write home about either. For the most part, the acting is fine even if there isn’t a whole lot of story really happening. The whole film is (sort of) driven by Jason Bourne wanting to find out more about his father, Richard Webb. This plotline was a very sad attempt at resurrecting the Bourne character. Webb was never mentioned in any of the earlier films and it’s odd that Bourne would be driven out of hiding after all this time because of his father.

This also leads into the character motivations. They’re all somewhat shaky. It made sense to have Nicky be a part of the inciting incident to get Bourne out in the open. Yet, her scenes were brought down by her poor dialogue. Stiles sounds like she’s just reading her lines straight from a piece of paper. Also, after her scenes are over (relatively early, mind you) she’s never brought up again. On top of that, Jones’s Dewey was never introduced in the previous films yet him and Bourne supposedly have a history. You wouldn’t really put that together other than in a line or two of pointed dialogue. Vikander’s Lee seems dead set on bringing Bourne back into the “program” yet it’s hard to understand why or how she plans on doing any of that. 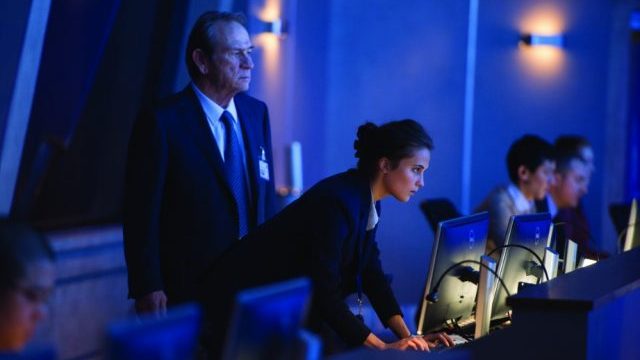 It may sound like this movie is horrible but it really isn’t. When it has Jason Bourne being Jason Bourne, it works just fine. It just doesn’t feel complete. Matt Damon doesn’t have that many speaking lines and sometimes he doesn’t even seem like the main character in a movie that’s named after him. It’s nice to see Damon return to the role and there is an interesting idea buried deep down somewhere in the script. It simply wasn’t executed properly.

All in all, this is a film that doesn’t have to exist. The story of Jason Bourne was complete and there was no motivation to bring him back other than to continue the original franchise. When it sticks to the things that have made the series great in the past, it doesn’t disappoint. The shoddy plot, half baked character arcs, and that dreadful shaky cam overshadow the good things about the film. Jason Bourne isn’t going to rake in any new fans to the series but it also doesn’t tarnish what the original trilogy accomplished. While it’s nice to see the character back on the big screen, there’s really no need to start anticipating any future sequels either.