Over the years, Tim Burton has really quashed his reputation. Often times, people will say, “his old stuff is good.” Films like Beetlejuice, Batman, and Eward Scissorhands are still just as entertaining today as they were back when they were released. Recently, efforts such as Alice in Wonderland and Dark Shadows have polarized fans. Now, his newest film, Miss Peregrine’s Home for Peculiar Children, isn’t quite as good as his early work, but it does bring back some of that old Burton charm.

Unlike most Burton projects, this film didn’t seem to have as much promotion behind it. His previous film, Big Eyes, failed to have quality marketing as well despite being quite good. It’s safe to wonder if Burton’s novelty has begun to wear off a bit due to his recent lackluster resume.

Miss Peregrine’s is an adaptation of a young adult novel by Ransom Riggs. A boy named Jake, played by Asa Butterfield, grew up hearing fantastical stories from his grandfather (Terence Stamp) who grew up in a children’s home where every child had their own special abilities or “peculiarities.” Jake’s grandfather is killed by a large creature that Jake sees and, in his dying moments, the grandfather sends him on a quest to seek out Miss Peregrine (Eva Green). Eventually, Jake finds Miss Peregrine’s school and realizes that all of his grandfather’s stories were true. Everyone from the invisible boy to the girl who’s lighter than air is accounted for.

The reason for their continued existence is that they live in a time loop. Similar to Groundhog Day and, more recently, ARQ, they live the same day in 1943 over and over. If they leave the loop, they rapidly age and die after only a few minutes. On top of that, they’re hunted by an evil group of peculiars who control creatures, called hollowgasts or hollows. The hollows feed on the eyes of humans in an attempt to revert back to human form. 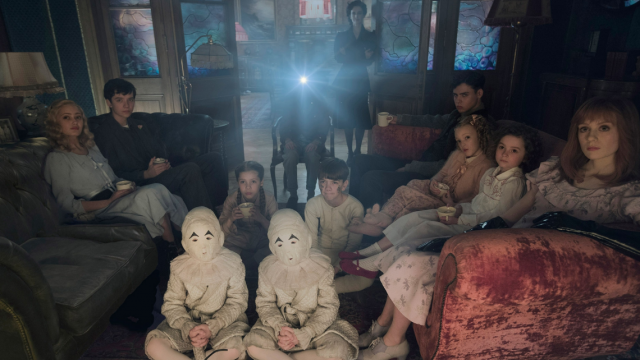 If that seems like a lot of information regarding the plot, it’s because it is. However, before addressing the plot, let’s mention the good things about the film. All of the acting is on par. Butterfield and Green are able to carry the majority of the film with their performances. Green especially is captivating every time she’s on screen. Sometimes, though, it does seem like everyone is a little too quick to accept Jake as a newcomer. Samuel L. Jackson and Dame Judi Dench also make appearances in the film although the latter is cast in a slightly wasted role. Ella Purnell as Emma Bloom (the girl lighter than air) is also great in the film. There’s something about her character that is simply charming even when she’s basically explaining the plot out loud to the other characters.

The special effects are also very well done. They hearken back to Burton’s older films like Beetlejuice and The Nightmare Before Christmas (in which he served as producer). The creatures and peculiarities are all distinct and creative looking in a way only Tim Burton can imagine. The hollows specifically could actually be quite terrifying to younger viewers. 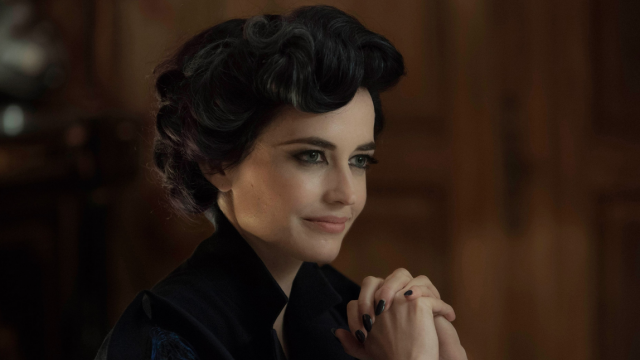 The biggest negative of Miss Peregrine’s has to be the plot. There’s so much plot in this film that sometimes it’s hard to remember what anything means. The time loop is easy to understand until the characters start jumping in and out of it. Then, all of a sudden, they use other time loops to undue things that have been done kind of like in Back to the Future. It’s also unknown how time is affected on the outside of the loop. These are all discrepancies that a book may be able to address better than a two hour feature film. Yet, there are things that either should’ve been left out or cleaned up to keep the story concise.

When compared to Tim Burton’s previous work, Miss Peregrine’s doesn’t impress as much as his older films but it’s arguably the best film he has had in years (with the exception of Big Eyes). Aesthetically, the film is pleasing to the eye and a lot of fun to watch. It’s only the last third that really starts to confuse and baffle plotwise. Also, the beginning of the film drags just a tad. It’s not a huge issue, but it’s worth noting. Miss Peregrine’s Home for Peculiar Children may not be a perfect film but it’s certainly a step in the right direction for Burton. While the story and logic falters slightly at the end, the rest of the film is an entertaining reminder of Tim Burton’s immense filmmaking talent.