As technology advances in the real world, film and television shows have adapted to keep up with the times as well. Such is especially true in regards to artificial intelligence and the creation of sentient beings. Luke Scott also explores this idea in his directorial feature film debut, Morgan.

As the son of the legendary, but slightly overrated, Ridley Scott, who also produced Morgan, the younger Scott is certainly familiar with A.I. in film. His father directed science fiction cult classic, Blade Runner, in which an ex-cop comes out of retirement to hunt down four “replicants,” or androids that look like human beings. As the film continues, the main character begins to question his own identity after coming across another replicant capable of evoking human emotion.

In Morgan, the premise isn’t all that different. However, the manufactured being in question, title character Morgan, played by Anya Taylor-Joy, is not a robot or android. She, or “it” as some call her, was created in a lab but is, in fact, an organic being. Though, it’s uncertain whether or not she is able to feel true human emotion and respond accordingly. Corporate risk management consultant, Lee Weathers (Kate Mara), is sent to assess whether Morgan is to be terminated or not after an attack on a doctor.

While the plot isn’t overly original, it’s undeniable that the 20 year old Taylor-Joy is the star of this film. After her solid outing in the polarizing film, The Witch, Taylor-Joy capitalizes by turning in a chilling performance as the titular Morgan. Through her eyes alone, she’s able to convey sadness, remorse, and wonderment. She’s also able to become eerily cold and emotionless when punishing characters who have wronged her. 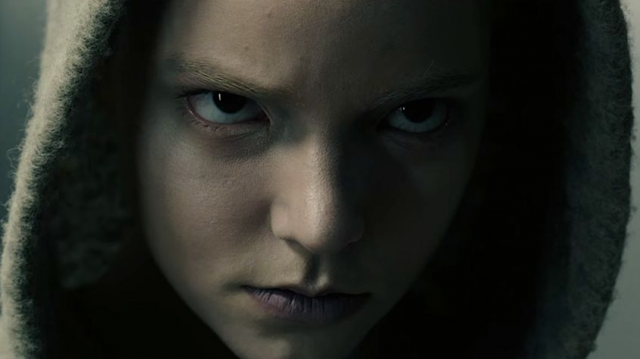 The rest of the cast isn’t too shabby either. Mara is solid as Lee, a no-nonsense character who is willing to do what is necessary at all times. Jennifer Jason Leigh and Paul Giamatti pop up for brief roles in the film as Dr. Kathy Grieff and Dr. Shapiro respectively. Giamatti, in particular, has one of the best scenes. Unfortunately, you wish that he was in the film a tad bit longer. The other supporting characters aren’t necessarily big names, perhaps with the exception of Toby Jones and Brian Cox, but they bring a degree of humanity to the story with their love and defense of Morgan and her actions.
For the most part, the film is shot relatively well. Grey seems to be one of the main colors of choice for the cinematography and it works. The color palette is a perfect representation of how the film toes the line of emotion and sentient life. The only real issue with the technical aspects of Morgan is during the action scenes. Just as in a film like Captain America: The Winter Soldier, the cuts are way too fast. It’s hard to even figure out what’s going on in the scene because of how rapidly paced the cuts are. The editing is more maddening than effective in depicting the action scenes. 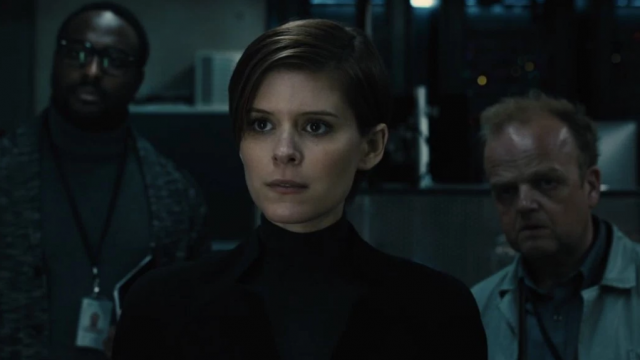 It’s no secret that there have been plenty films in the past that tackle theories behind A.I. and sentient beings. Stanley Kubrick’s 1968 sci-fi masterpiece, 2001: A Space Oddyssey, featured HAL 9000, a sentient computer although HAL didn’t appear in a human form. Also, Blade Runner wasn’t the first time the elder Scott included an android character in one of his films. In 1979, his film, Alien, had Ian Holm’s character, Ash, and 2012’s Prometheus, also set in the Alien universe, had Michael Fassbender’s David. Of course, one can’t forget about Arnold Schwarzenegger as the T-800 in the Terminator series either.

The issue with this film is just that it’s not that original. The aforementioned films are some of the most iconic sci-fi/action films of all time. Morgan just isn’t in the same tier as them. Most of the things done in the film are done well enough but we’ve seen it all before. Even last year’s Ex Machina could be considered an influence on this film. There were so many similarities that Morgan just can’t set itself apart from its peers.

That being said, it’s not a bad film by any means. If you go into it expecting to be blown away, you’ll be disappointed. If you’re expecting to be entertained and see a few good performances, you’ll walk out of the theater satisfied. Overall, Morgan has a decent enough story to satisfy fans of science fiction but it doesn’t do a whole lot to push the envelope within the genre either.