Throughout the 2000’s, studios began pumping out American remakes of Asian horror films. Titles like The Grudge, Dark Water, and The Uninvited were all released to varying levels of success. The film that started this whole trend was Gore Verbinski’s financially successful 2002 remake of The Ring. That film went on to gross nearly $250 million worldwide and spawned a critically panned sequel in 2005. Now, after being stuck in developmental hell for years, another sequel has finally seen the light in Rings.

The history behind the Japanese and American films is all over the place. The original J-horror film, Ringu, was based on a novel of the same name written by Koji Suzuki. Ringu and its sequel, Rasen (A.K.A. Spiral), were released on the same day in 1998. Since then, Rasen, also a novel by Suzuki, has spawned two sequels of its own while Hideo Nakata, the director of Ringu, released his own sequel and prequel to the original film in 1999 and 2000 respectively. Oddly enough, Nakata was also hired on as the director of the American version of The Ring Two which was completely different from his original sequel to Ringu. To make matters even more strange, there was a short film that came out around the same time as The Ring Two entitled Rings but has nothing to do with the 2017 film.

In this new film, the ghostly murderess, Samara Morgan, returns to claim the lives of all who watch her haunted video tape. For anyone new to the series, the premise of the original film is that after you watch the tape, you will die in exactly seven days. Though, the video tape has been copied as a computer file and digitally goes viral. The film’s lead, Julia (Matilda Lutz), gets worried when her college bound boyfriend, Holt (Alex Roe), doesn’t return her calls or texts. She’s contacted by a girl named Skye (Aimee Teegarden) from Holt’s school and she sets out to find him.

Meanwhile, a college professor, Gabriel (Johnny Galecki), does a study on the cursed video. Students volunteer to watch it and continue passing it from person to person to avoid their own demise. When Julia becomes Holt’s “tail,” or the person he passes the video to, Julia sees different images than what others see. From there, they set out to discover what Julia’s visions mean. This is similar to how Naomi Watts’ character, Rachel, tracks down info on the tape in the first film. 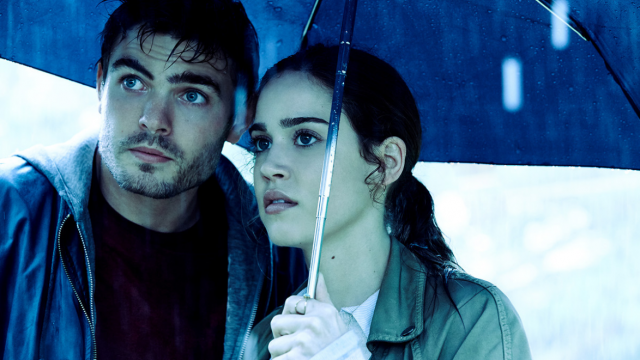 Overall, the plot is intriguing on paper. It’s not completely new for Samara’s potential victims to see different kinds of visions. It often depends on how far along they are in their seven day stretch. Like The Ring Two, Rings adds new wrinkles to Samara’s story and tries to make her story more tragic. Unfortunately, though, it tends to follow plot points introduced in the sequel more than ones from the original film. The Ring Two already asked more questions than it answered and Rings continues that trend as it leaves a convoluted mess of a plot by the end.

The acting certainly doesn’t help the plot either. Matilda Lutz was a terrible choice in the lead role. It always sounds as if she’s reading her lines right from the pages of the script. Seemingly, they tried to make her into a similar character as Rachel but she’s not nearly as interesting or likable. Even if her acting was better, the script itself didn’t do her any favors. There are numerous times when viewers should be able to put pieces of the mystery together themselves and then Julia will recite the revelation back to the audience. Alex Roe and Johnny Galecki are both average at best in their performances as well.

The biggest disappointment has to be Vincent D’Onofrio, though. He has had some great roles over the years in films like Full Metal Jacket and The Magnificent Seven. In Rings, he plays a blind man named Burke who resides in the vicinity of a cemetery. His performance is bland, wooden sounding, and just kind of goofy at some points. We even mentioned our early disappointment of his character in our coverage of the first trailer for the film. While Burke is important to the climax of Rings, it’s still uneventful. A big piece of the ending was also blatantly given away in the trailer. For that, there’s no excuse. 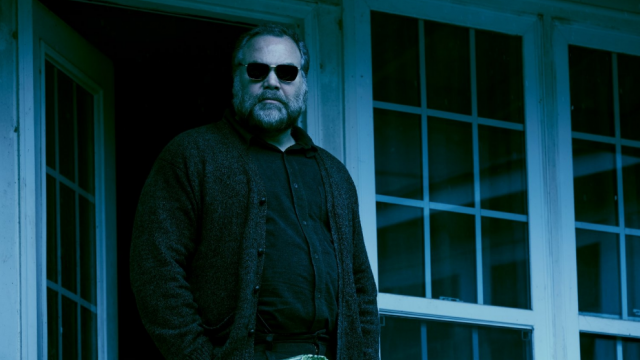 The best thing about the film by far are the moments with Samara. Unfortunately, though, they are few and far between with cheap jump scares taking her place. On top of that, most of her scenes were in the trailer for the film. The image of her crawling out of a flat screen television was a nice homage to the original with a nice modern day spin. The cold blue tone also hearkens back to Verbinski’s film but still doesn’t seem quite as interesting to look at. In a slight sidenote, there’s a scene towards the end where Julia is carrying a flashlight and continuously points it into the camera lens. It’s unbelievably annoying especially when sitting in a dark theater watching the film. This may seem minor but it was a poor directorial and camera angle choice.

After such a long development, Rings just didn’t turn out very good. This isn’t necessarily surprising due to the film being pushed back from October to February. That can sometimes be the death knell from a studio with little faith in their product. Most of the time it’s boring or trying to rip off pieces of the other movies. Not once does it ever do anything better than the original though. Even the new images that Julia sees in her video don’t have the same eerie feel of those that Rachel sees during her experience. While initial intrigue will get fans to the theater, don’t expect many people to remember or care about Rings.

One Thought to “In Theaters Review: Rings”