Wow. If there’s one thing that you have to admit, DC Comics knows how to put together a good trailer. As everyone should know, though, good trailers do not automatically make a good movie. Saying that Suicide Squad is not a good movie is putting it a tad bit lightly.

Suicide Squad makes Batman v Superman: Dawn of Justice look like The Godfather. In comparison, Suicide Squad is complete trash. It continues the trend of DC trying to cram way too much into their films to catch up with what Marvel has done for the past eight years. It suffers from a severe identity crisis and it just seems like there are way too many fingerprints over this whole thing.

In the film, Amanda Waller (Viola Davis) assembles a team of criminals to serve on dangerous missions for her. Among them are Harley Quinn (Margot Robbie), Deadshot (Will Smith), Captain Boomerang (Jai Courtney), Killer Croc (Adewale Akinnuoye-Agbaje), El Diablo (Jay Hernandez), and Slipknot (Adam Beach). Under the command of Rick Flag (Joel Kinnaman), the squad must take down a meta-human known as Enchantress who possesses Flag’s girlfriend, June Moone (Cara Delevingne).

That’s the short version. What the film actually is is a jumbled mess of origin stories, random events, and throwaway action scenes. The characters are so thinly written that, other than Harley Quinn and Deadshot, you really don’t learn anything worthwhile about any of them. Jai Courtney does his best impression of Tom Hardy in Bronson as Captain Boomerang, Slipknot shows up for what seems to be about a minute, and Katana (Karen Fukuhara) is dropped into the story out of absolutely nowhere. In addition, Killer Croc has about five lines of dialogue which is a total shame. He’s one of Batman’s most unsung villains and his first appearance on the big screen is a waste. 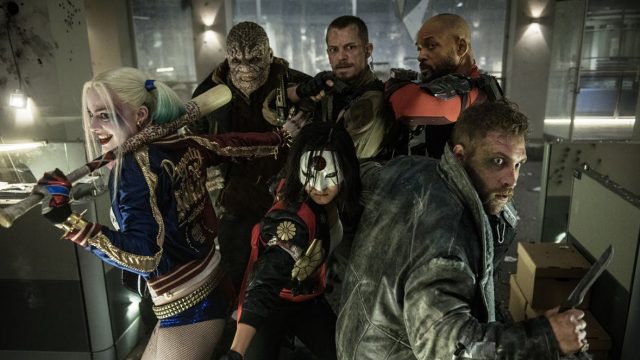 The characters are basically all walking cliches as they’re gender and racially stereotyped. Harley Quinn is the sex appeal. Smith does his usual downtrodden African-American schtick as Deadshot as Killer Croc asks for the BET network in his prison cell. Captain Boomerang, El Diablo, Katana, and Slipknot have their own respective Australian, Latino, Asian, and Native American traits. Frankly, it’s often insulting to watch how these characters, and actors for that matter, are treated in this film.

While Deadshot tends to keep the main story progressing (when it’s not meandering), Robbie’s Harley Quinn has the most interesting, and lengthy, character arc. The film briefly shows how the Joker (Jared Leto) brainwashed her into aligning herself with him. There isn’t a whole lot of substance to it but at least their was some semblance of a relationship between the two characters. In short, it would’ve made much more sense for Suicide Squad to instead be a standalone Batman film focusing on the Joker and Harley Quinn as the main villains.

Speaking of the Joker, Leto is terrible in the role. Ever since the first image of him as the Clown Prince of Crime was released, fans were skeptical of him. Well, they had every reason to be. Like all of the other characters, there’s just no substance to him. He comes off like a cheap ripoff of Heath Ledger’s legendary performance as the character in The Dark Knight. Even Leto’s voice is eerily similar to Ledger’s. Simply put, this Joker just doesn’t seem like the arch-nemesis to Batman. 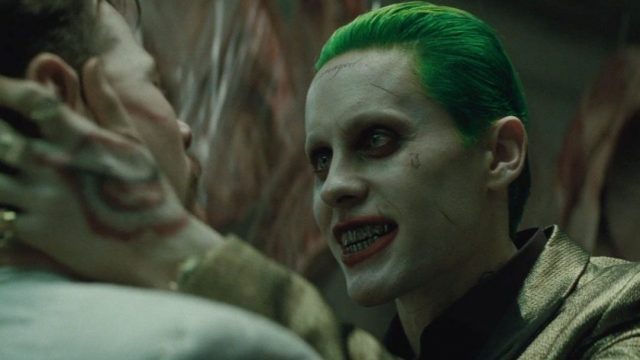 Another glaring issue with Suicide Squad is the sound. That means all of it. Whether it’s the shoddy dialogue, tacked on one liners, or the never ending soundtrack of popular music, it’s all unbelievably annoying. It seems that every few minutes or so there’s another uber-popular song being used. There are ways to incorporate popular music into film but Suicide Squad is certainly not it. Also, with previous reports of re-shoots that added a lighter tone and more humor to the film, it’s blatantly obvious. There are quips from Harley Quinn and Deadshot in random places all over this film. Again, it’s to the point of sheer annoyance.

So, is there anything good about Suicide Squad? In all honesty, not really. Margot Robbie as Harley Quinn is good minus all of her added lines. Her relationship with the Joker is alright but it’s too bad that this version of the Joker wasn’t done better. Will Smith is at least likable as Deadshot. In general, it’s nice to see these characters on the big screen. Other than that, though, this film is an utter disaster. It wouldn’t be surprising if it got the Batman v Superman treatment on home media with a new cut of the film.

To put it bluntly, DC really missed the mark once again. All of a sudden, the spotlight is now on Justice League in hopes of fixing the DC Extended Universe. Though, with their first few installments, things are looking quite bleak. They really need to figure out what it is they want to do. They continue to take stories and ideas from the comics and smashing them all into one film. On the opposite end of the spectrum, there’s Marvel who took time and effort to properly establish each of their characters. Ultimately, Suicide Squad is not what it was cracked up to be and should be considered a huge disappointment. Hey, DC Comics, maybe it’s time to fast track that standalone Batman film, huh?