Wow. It has been over five months since theaters shut their doors due to the COVID-19 pandemic but, in many places, they’ve now started to reopen. While video-on-demand services have have provided viewers with plenty of new titles on a weekly basis, most of 2020’s previously scheduled heavy hitters have been pushed back to 2021. However, there’s one filmmaker that remained unwavered through the pandemic in regards to his new film being released this year. With theaters finally opening back up to the public, Christopher Nolan’s Tenet gets to see the light of day and, frankly, we couldn’t think of a better film to talk about in Cinema Smack’s first In Theaters Review since March. For fans of Nolan, returning moviegoers can expect to see everything they’ve come to know from the iconic filmmaker. From his mind-bending storytelling and bombastic action set pieces down to his lengthy expository dialogue and confounding plot points, everything is on full display in Tenet.

For a long time, it was as if Nolan could do no wrong. He had a strong writing/directing debut with Following before his 2000 followup, Memento, became a cult classic especially among film buffs. After the underrated Al Pacino-led Insomnia in 2002, which is the only film where he doesn’t receive any writing credits, Nolan landed the job to rejuvenate Batman. Comic book fans got two stellar superhero flicks in 2005’s Batman Begins and 2008’s The Dark Knight before 2012’s very middling The Dark Knight Rises. Nolan also released both The Prestige and and Inception in between his Batman films which upheld the filmmaker’s previous standards but, around the time of The Dark Knight Rises, and especially 2014’s Interstellar, fans began to question whether Nolan was in the midst of a downswing. Although 2018’s Dunkirk landed a bunch of Oscar nominations (and three wins), most would agree that it’s not Nolan’s best work. With Tenet, there’s further evidence of this potential drop in quality but also the undeniable truth that he remains one of the most unique filmmakers in all of Hollywood.

The plot of the film follows an unnamed man, known only as The Protagonist (John David Washington), as he journeys through a twilight world of international espionage on a mission that will unfold in something beyond real time. Armed with only one word, Tenet, The Protagonist embarks on a mission to save the world.

For the purpose of remaining spoiler free, that’s pretty much all that can be said about the plot. In fact, the plot above is just reworded from IMDb.com. This review is going to be quite vague as it’s difficult to discuss Tenet without spoiling anything about it. The problem with this has been the film’s promotion and marketing. The trailers have told viewers basically nothing of the plot and instead chose to rely on spectacle and awe to get audiences back into the theaters. For the purpose of this review, we’ll try to just focus on what people know from the trailers to avoid ruining anything. Frankly, anyone interested in Tenet should really go see it with a fresh pair of eyes because, as evidenced by the trailers, the film is a spectacle that only Christopher Nolan can pull off. 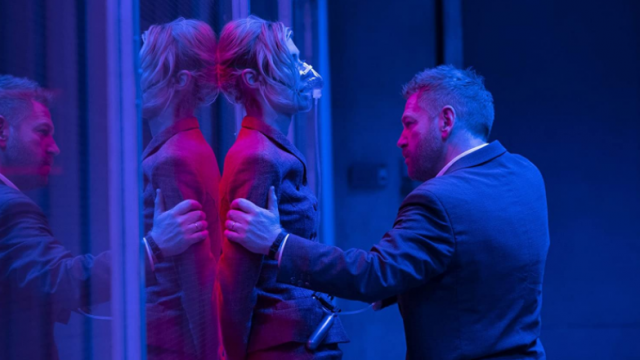 This is sure to polarize audiences as Nolan is often loved, sometimes hated, but always respected. Some people are enamored with the worlds and scenarios that he creates while others want him to delve further. Then, there’s the casual audience that don’t really understand what it is they’re watching. It’s doubtful that Tenet is really going to change anyone’s mind which, as is always the case with Nolan, is going to be polarizing. Tenet is probably the most Christopher Nolan film that Christopher Nolan has ever made. From the densely worded plot to the fantastical story being relayed in a very downplayed and realistic world, all of Nolan’s typical schtick is here. However, the action scenes of the film may be some of the best that Nolan has ever done with a wild hallway fight scene, chaotic car chase, and an epic plane crash (using a real plane, mind you) being the centerpieces. However, some of the scenes still have that Nolan flair of being so personal and up close that you sometimes can’t fully distinguish what’s happening.

There’s also a lot of confusion behind, well, everything going on in Tenet. Viewers are thrown immediately into the fray where Clémence Poésy’s Barbara gives The Protagonist (and the audience) a crash course on how the physics and time manipulation of the film works. From the very beginning, people are sure to be confused by what they’re seeing which is certainly the intention. Though, there are so many questions left unanswered as the film continues and you’re mostly supposed to accept things at face value. There’s no doubt about it that Nolan carefully crafts Tenet to achieve his vision but there are too many times where he leaves the audience in the dust behind him. To disorient and trick viewers before cluing them in by the end is one thing. There are too many cases of the film leaving you bamboozled and questioning how or why certain events are occurring. When Inception hit theaters back in 2010, it often disoriented people and led fans to theorize and debate on what’s real and what’s in the dream world. Yet, the film is still quite easy to understand especially after multiple viewings. There are parts of Tenet that just don’t seem plausible given what we know of the world. Some of this may subside with another watch but, at first glance, there’s a lot going on and little explanation. 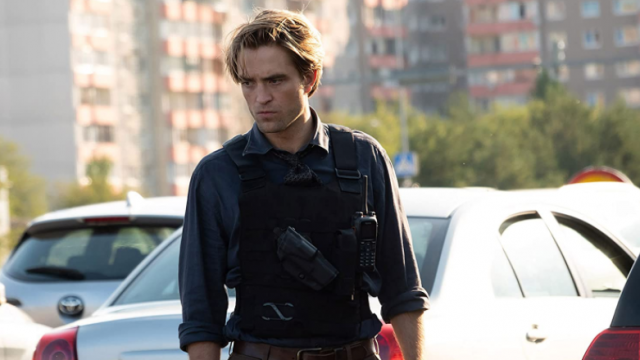 While it may sound like we’re kind of down on Tenet, that’s not really the case. The film is very good and, as mentioned earlier, you should certainly see it with fresh eyes and a clear head. For those looking for something more positive though, the cast is very impressive even if the actual characters aren’t. Everyone does a good job with no weak links. John David Washington is merely a vehicle to move the plot along but he does bring some of that swagger to The Protagonist that he had as Ron Stallworth in BlacKkKlansman. Robert Pattinson is a standout as the mysterious Neil but it’s hard to say why. The character isn’t overly interesting but Pattinson has a charisma that doesn’t go ignored. Elizabeth Debicki is the closest thing the film has to an emotional arc as Kat, a loving mother in a bad situation. The star of the show is undoubtedly Kenneth Branagh in a type of role we don’t usually see from the veteran actor. He brings menace and true fear to the character of Andrei Sator that many Nolan films have lacked in the past. The problem with the characters really comes down to the dialogue heavy script not really leaving room for them. The characters mostly exist to give exposition by explaining the plot to the audience. Basically, every character is a version of Ellen Page’s Ariadne from Inception which leaves a lot to be desired.

With all of its confusion, lengthy dialogue, and character issues, Tenet is still part of the reason people love going to the movie theater. It’s big, spectacular, and loud (like… REALLY LOUD). If there’s any movie that people should want to go see in the theater during the pandemic, it’s Tenet and Nolan knows it. We didn’t even touch on the sound on the film which immerses you for the entire 150 minute runtime. There are parts where background noise and music does muddy up the dialogue to the point where it’s nearly indistinguishable, like Bane’s plane hijacking from The Dark Knight Rises, but all’s forgiven when you hear Ludwig Göransson’s amazing score. Nolan’s frequent collaborator, Hans Zimmer, was unavailable for the film and, honestly, no one’s going to miss him this time around. Nonetheless, Nolan’s creative vision for Tenet is worthy of five stars because, frankly, the idea is just cool. The execution, however, isn’t quite what it needs to be. In this case, we’re going to split the difference and say that you should definitely see Tenet for the spectacle and visual marvel that it is. Though, we won’t be surprised if you walk out of the theater with a headache either.