With the allure of technology at an all time high in the early 21st century, it’s no surprise that people worry of its dangers. While the world continues to grow more dependent on computers to aid us in our every day lives, many wonder where all of this precious data and information is stored. It’s a legitimate concern for average citizens to feel this way. It’s also no surprise that film and television have questioned the role of technology as well as social media. James Ponsoldt’s film, The Circle, is the newest to tackle the subject matter.

Adapted from a novel by Dave Eggers (he also co-wrote the screenplay with Ponsoldt), The Circle is a distorted take on companies like Apple. It also touches on the all-knowing aspect of social media websites like Facebook and Twitter. It calls into question the accountability and responsibility of users with potentially sensitive information. All of these things are obviously real-life concerns in today’s society.

Emma Watson stars as Mae Holland, the newest employee of The Circle. She lands an entry level job through her friend with the inconsistent Scottish accent, Annie Allerton (Karen Gillan), and is quickly recognized as an enigma among The Circle’s large community. Meanwhile, the head and co-founder of the company, Eamon Bailey (Tom Hanks), introduces SeeChange cameras. They’re small, portable, wireless cameras that Bailey claims will be able to connect everyone in the world. He believes that everyone has the right to knowledge and that no one should be left out. Mae’s role within the community quickly grows and she becomes a quasi-spokeswoman for the company as she broadcasts her life to the world 24/7.

As the film continues, Mae struggles with balancing her life outside of The Circle with her high profile status. Her father, Vinnie (Bill Paxton), has multiple sclerosis and, along with Mae’s mother, Bonnie (Glenne Headly), is unable to pay for quality treatment. Also, Mae’s “friend,” Mercer (Ellar Coltrane), is often irritated by Mae’s inability to separate herself from The Circle. The two have very little chemistry and don’t really seem like actual friends in the world of the film. 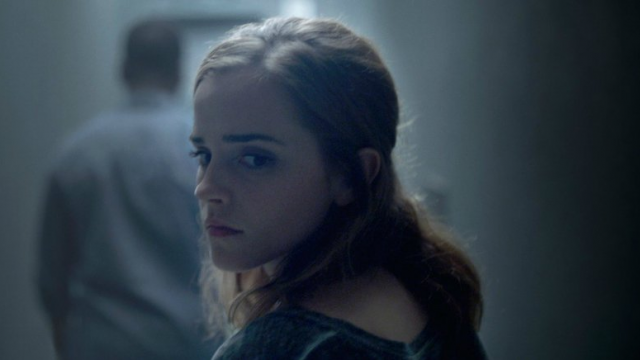 Frankly, The Circle is a tough film to discuss in terms of its plot because of how big of a mess it truly is. In a standard Hollywood film, you’re supposed to know what the film is about approximately seventeen minutes into the runtime. It should definitely take no longer than a half hour. With this film, you really have no idea what the conflict of the story is going to be. Sure, you have an idea that the company is playing a “big brother” type of role that Mae will grow uncomfortable with. Yet, that storyline never really amounts to much. For the most part, Mae plays along with everything that Bailey and Chief Operating Officer, Tom Stenton (Patton Oswalt), want her to do.

One character that never really gets his due is John Boyega’s Ty Lafitte. He’s recognized as the creator of TruYou, an application that never really gets explained, and Mae’s suggested confidante. However, most of their interactions are awkward, anticlimactic, and mostly irrelevant to the story. For being a sci-fi thriller, The Circle never really gives its characters anything to really fear. Mae and Ty question a need for privacy but the stakes are never raised for them to fight for it. Sure, the early interactions with Mae and the enthusiastic “Circlers” are a bit strange but, again, Mae eventually accepts the culture. While her acceptance could be looked at as a sort of brainwashing, it never feels like that’s the case.

For the most part, The Circle just seems hollow. There are a lot of interesting ideas that could easily be raised in this type of story. Though, the filmmakers seem reliant on the implied issues of a company having access to everyone and everything. In all honesty, the company seems like a great place to work as long as you buy into their community. Everyone is treated fairly, compensated well, and they all seem to have a lot of fun. No one is ever threatened by the knowledge that The Circle compiles. The incident that leads to the ultimate “climax” of the film is more of an unfortunate tragedy than anything. 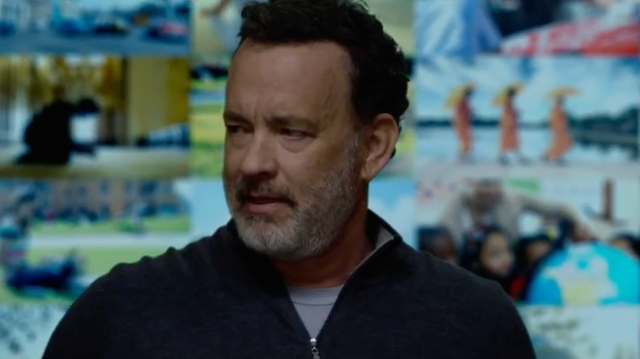 So, is there anything good about The Circle? Well, Emma Watson is solid as Mae. Though, she was much better as Belle in last month’s Beauty and the Beast. Tom Hanks is probably the best thing about the film in general. He shows natural charisma and is personable as the Steve Jobs-like Bailey. Also, Danny Elfman does his best Trent Reznor/Atticus Ross impression with his soundtrack. There are a number of moments that take you back to the soundtrack for The Social Network. It’s surprising that, after all this time, Elfman is still able to reinvent himself and provide excellent film scores.

As far as sci-fi thrillers go, The Circle is a dud. There’s really nothing thrilling about it. It’s an interesting concept that somehow lost its way in execution. Out of the entire topnotch cast, only Watson, Hanks, and the late Bill Paxton provide any punch. It’s truly a shame that the film falls so flat after its handful of trailers that provided increased intrigue. Whether its because of recycled plotlines, inconsistent performances, or ineffectual thrills, The Circle feels like one of the longest films that doesn’t even break the two hour mark.