At this point in time, new Batman works are nearly becoming commonplace in cinema. Batman v Superman: Dawn of Justice, Suicide Squad, and this year’s Justice League all offer up a satisfying slice of the Bat while DC Comics has also been pumping out new animated adventures on the regular. In 2014, The Lego Movie introduced its own version of Batman and he was arguably the best character in the film. Of course, with great success comes the obligatory sequel and/or spinoff. Thus, we have The Lego Batman Movie.

For those of you unfamiliar with The Lego Movie, basically every possible character Lego could get their hands on was shoehorned into the film. As ridiculous as it can be at times, it felt like the type of movie that would benefit from going all in. All kinds of different Lego playsets and creations were thrown together into one film like a real life Lego session. While the organized chaos worked for that film, it’s a bit disappointing that similar tactics were used in The Lego Batman Movie.

The film stars Will Arnett as the voice of Batman. After a fantastic opening battle with an extensive cast of classic villains, Batman confronts his arch-nemesis, the Joker (Zach Galifianakis). Batman claims that the Joker means nothing and that he doesn’t even consider him as his greatest foe. Feelings hurt, the Joker and the other Gotham City villains surrender themselves to new police commissioner, Barbara Gordon (Rosario Dawson). Batman believes his rival to be up to something and banishes him to the Phantom Zone, a super prison for the world’s greatest villains. 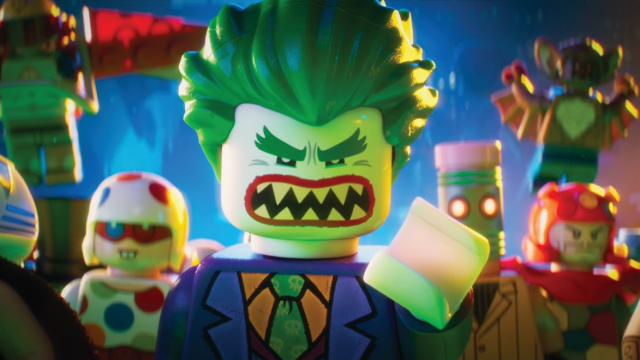 Let’s get the obvious out of the way. The Lego Batman Movie is an amusing, colorful, and entertaining Batman adventure. The extensive batch of villains is impressive as it features characters like Catwoman, the Riddler, and Bane all the way to obscure ones like Crazy Quilt, Eraser, and Gentleman Ghost. Clearly, the filmmakers wanted to please fans from all eras with these little Easter egg villains. The action scenes are fun and, for the majority of the time, this feels like a legitimate Batman film.

The voice acting is superb with Arnett leading the charge as the dark knight. His portrayal of the moody loner that Batman is works perfectly for the film. Watching Batman perform mundane tasks such as watching his food in the microwave goes to show how ridiculous the idea of Batman is in general. Crime fighting is the only task that the character lives for and that’s explored extensively within the movie’s runtime.

Michael Cera is also great as Robin as we finally get our first look at Robin as a child. In the comics, the handful of different Robins were all wards to Bruce Wayne. On film, Chris O’Donnell and Joseph Gordon Levitt (to some extent) played the Robin character as grown men. Cera is spot on as a kid that can stand toe to toe with the villains yet lives for the adventure aspect of fighting crime. 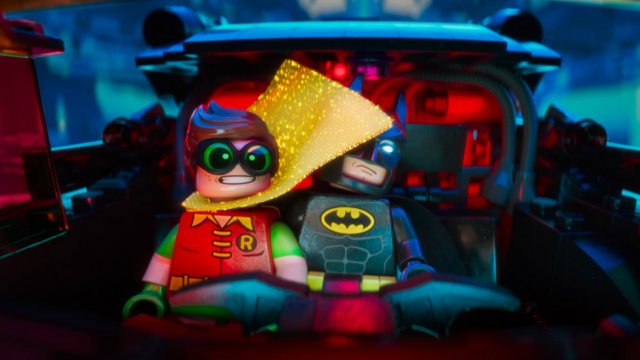 However, for as many fantastic things The Lego Batman Movie does, it’s unforgivable that majority of Batman villains were neglected. Instead, the filmmakers went the same route as The Lego Movie and dumped other famous villains into the film. Batman goes up against the likes of King Kong, Lord Voldemort, and Sauron. This is perplexing due to Batman having some of the best villains in comic book history. Characters like Killer Croc, the Penguin, Mr. Freeze, and Two-Face are mostly ignored. Even worse was the fact that Billy Dee Williams was cast in the role of Two-Face. Williams played Harvey Dent in Tim Burton’s Batman from 1989 but never got to play the villainous Dent on film.

Again, there’s no doubt that The Lego Batman Movie is an entertaining watch. For many, the absence of Batman villains in the final act may not be all that distracting. As a Batman fan, though, it’s somewhat infuriating. Even the Lego Batman video games focus heavily on the villains. For a film sharing that title, why would the filmmakers choose to stray from a proven formula? This film could’ve been classic for featuring so many villains that the live action films will never have. Alas, if nothing else, the film is still worth watching simply for Will Arnett’s portrayal of Batman. His vocal performance got to the core of the character and, while he’s a bit silly, it works for the story that the film was trying to tell. The Lego Batman Movie isn’t the quintessential Batman film it could’ve been, but it’s still an enjoyable adventure.