It can be assumed that the majority of casual moviegoers believe the traditional western to be a thing of the past. On the contrary, with films like 3:10 to Yuma, True Grit, and The Hateful Eight being met with critical acclaim over the past decade, it seems that there is still a market for quality films in the genre. Antoine Fuqua’s newest film, The Magnificent Seven, continues the trend of other recent westerns with a quality cast, satisfying action, and an overall sense of fun.

Of course, the aforementioned films are not the only westerns that have come out of the last ten years. Bone Tomahawk was a sneaky, well-received addition to the genre and No Country for Old Men landed an Academy Award for Best Picture back in 2008. There are plenty of reasons to believe that the genre is alive and well after its heyday through the 1960’s.

The Magnificent Seven, like 3:10 to Yuma and True Grit before it, is a remake of the 1960 film of the same name. The 1960’s version starred Yul Brynner, Steve McQueen, and Charles Bronson, among others. Yet, even that film is not the true original. Akira Kurosawa directed/co-wrote Seven Samurai in 1954. The plot between the three films has stayed mostly the same over the 62 year gap. A poor village is being taken over by bandits and seven gunfighters (or samurai) are employed to fend them off. 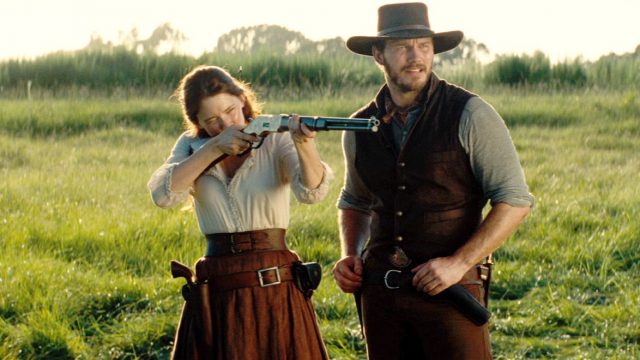 If that seems like too many characters to handle in one film, it’s not. Fuqua does an excellent job assigning enough time and personality traits to each character so that they’re easily distinguishable. Even the main villain, Bartholomew Bogue (Peter Sarsgaard), who isn’t featured all that much, has a great scene early in the film that establishes his ruthlessness to the people he’s forcing to uproot from the town of Rose Creek.

Quite a good chunk of the film is spent uniting the characters. However, once that’s done, it’s seemingly nonstop action. Each of the seven men bring a different type of fighting style which are all on display here. Of course, they’re all marksmen but all in different ways. Billy Rocks is most lethal with knives. Jack Horne uses his imposing figure and brutality to beat his opponents to a pulp. Red Harvest is pinpoint accurate with a bow and arrow. It’s truly a lot of fun to watch each of the outlaws do their own thing but also function as a team.

Aesthetically, The Magnificent Seven is a beautiful film. There’s just so much to look at whether it’s landscape, set design, or costumes. It seems like so much detail was put into pleasing the eye at all times. The sprawling environment is especially impressive with its plains, mountains, rivers, and canyons all being on display. The special effects are amazing as well. If there’s any CGI used, you’ll be hardpressed to find it. The stunts, gun battles, and explosions, all look refreshingly real. 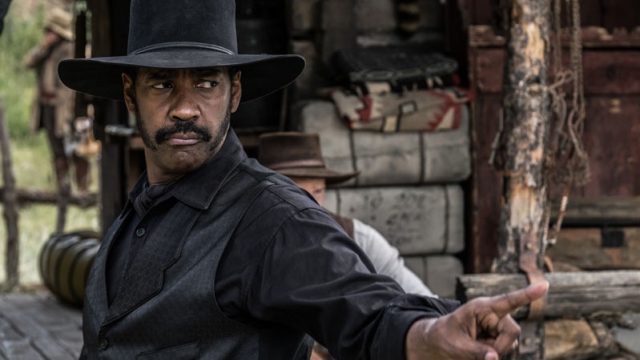 Simply put, the keyword to describe The Magnificent Seven is fun. As a moviegoing experience, it’s pure joy and easy to get absorbed into the world. When compared to a film like Suicide Squad, a film that was not fun or entertaining, The Magnificent Seven is able to establish its characters and then do nothing but entertain. Not to mention, Suicide Squad could also learn something about character development from this film. What a stark contrast between films that were released less than two months apart.

In all, there really isn’t a whole lot about The Magnificent Seven to dislike. It could be said that the plot is somewhat thin and there isn’t enough time dedicated to the villain. Yet, the film is so easy to follow and pretty to look at that adding in extraneous detail isn’t necessary. In all honesty, more films need to take note from this one in how to put together an ensemble movie. Likable characters and a simple plot truly go a long way in entertaining viewers and maintaining clarity in the story. Ultimately, The Magnificent Seven is an excellent action film with a phenomenal cast, beautiful cinematography, and plenty of drama, laughs, and fun to go around.