Whenever a film based on a true story gets released, seemingly everyone takes notice. It’s no surprise then that Todd Phillips’ new comedy-drama, War Dogs, has recently been in the public’s eye.

To begin, here’s a brief disclaimer about War Dogs. It’s a heavily fictionalized take on David Packouz and Efraim Diveroli’s days as arms dealers. There are things in the film that never happened and many details that are simply overlooked. Does that make War Dogs a bad movie right out of the gate? Not necessarily. There are plenty of films inspired by events that embellish the truth with good cinema. American Gangster and The Pursuit of Happyness were both different than their source material but the changes made for a better film overall. With that being said, War Dogs has not received nearly the amount of praise that the two aforementioned films had. However, it isn’t a bad movie either.

The plot follows Packouz and Diveroli, played by Miles Teller and Jonah Hill respectively, as they reunite with one another and begin bidding on small government contracts to supply weapons to the United States military. With their increasing amount of success, they buy up bigger contracts and eventually land a $298 million contract from the Pentagon to supply weapons to allied forces in Afghanistan. As per usual, they also face many trials and tribulations along the way. 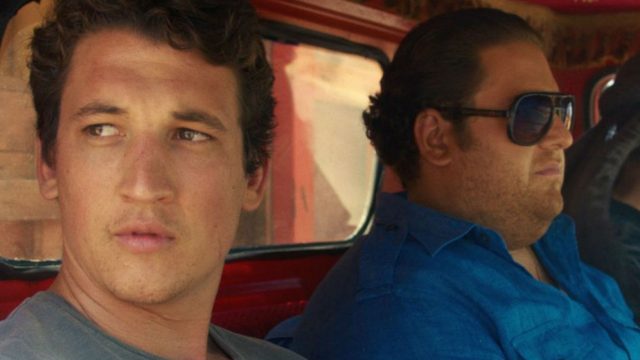 Perhaps the best thing about War Dogs is the acting. Miles Teller is very likable in his role as David Packouz and viewers should be able to sympathize with him. At the beginning of the film, he’s a struggling massage therapist trying to support himself and his pregnant girlfriend, Iz (Ana de Armas). Other characters like Ralph Slutzky (Kevin Pollak), Henry Girard (Bradley Cooper), and the chain smoking gun runner, Marlboro (Shaun Toub), provide their own charm and laughs as well.

However, the true star is Jonah Hill as Efraim Diveroli. Hill shows off more of the charisma and superb delivery that has netted him Oscar nods in The Wolf of Wall Street and Moneyball. As Diveroli, he’s a chameleon whose main goal is to get what he wants from his targets by becoming who they want him to be and reaping the rewards himself. Hill’s delivery goes from erratic to deadpan with ease throughout the film and he’s an absolute joy to watch. 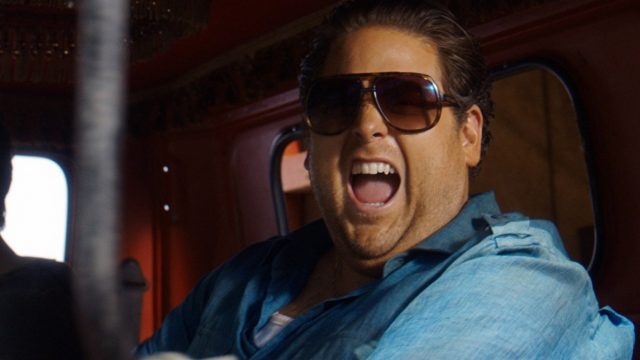 The music in War Dogs is another highlight. There is popular music galore throughout the film. Despite being set in the mid-2000’s, though, the soundtrack covers numerous decades and genres. All of the music is used appropriately with smooth transitions and suitable onscreen cues. Unlike a film like Suicide Squad, the songs fit the subject matter and aren’t obnoxiously jammed into every scene.

When it comes to the negative aspects of the film, there aren’t many things that are overly specific. It’s a lot of the little things that bring down its quality. For example, there are basically title cards separating scenes. Yet, they don’t start until probably a quarter of the way through the movie. They all have, what can be deemed as, “important” lines of dialogue that the audience will eventually hear. They just feel out of place and unnecessary in a film like this. Also, a lot of the early story is quickly skimmed over. You don’t see how the characters’ company, AEY, was started. You don’t even see them land their first contract. They agree to become partners and then all of a sudden they’re considered arms dealers. Again, these things are small details in the overall story that’s being told onscreen but they’re noteworthy nonetheless.

Ultimately, War Dogs is a solid watch. It takes a lot of influence from films like Blow, Goodfellas, and The Wolf of Wall Street as a crime/drama/comedy. So far, critics have seemed to be a bit torn but it probably doesn’t deserve most of the hate it has gotten. It’s much better than some of the other schlock that has come out in the genre but it just isn’t quite the cream of the crop. There are still things to like about it and Jonah Hill’s performance alone makes the film worth watching. War Dogs may not do anything new but it’s an entertaining watch that should at least be given a chance.