By now, it’s no secret that DC has struggled to produce satisfying films. After the massive success of The Dark Knight Trilogy, DC has been on a wayward path trying to play catch-up to their main superhero competitor, Marvel. Well, DC has finally done it. They have released a quality movie that pumps life back into their Extended Universe. Despite some faults, Wonder Woman is certainly the best film that the company has produced since The Dark Knight Rises. Depending on your feelings for the latter film, it may even be their best since The Dark Knight.

After the universal blunders that Batman v Superman: Dawn of Justice and Suicide Squad were, there was little hope that Wonder Woman could turn around DC’s fortunes. Though Gal Gadot as the Amazonian princess was one of the best things about Batman v Superman, it just seemed like DC wasn’t getting it. Luckily, that’s not the case with the first solo cinematic adventure for the character. Of course, Lynda Carter played the character in the 1970’s television show but 2017’s Wonder Woman is the only theatrical film in which she stars.

The film begins in the modern day at the Louvre with Diana Prince (Gadot) receiving a photograph from Bruce Wayne of her during World War I. The photo was first introduced in Batman v Superman. From there, the flashback of young Diana growing up on the island of Themyscira begins. Diana dreams of being a warrior as she watches her aunt, Antiope (Robin Wright), train the Amazons. Antiope begins training Diana in secret despite Diana’s mother, Queen Hippolyta (Connie Nielsen), forbidding it. The training is in preparation in case the god of war, Ares, ever returns to destroy them.

Eventually, pilot Steve Trevor (Chris Pine) crashes in the water near Themyscira and Diana saves his life. From Steve, she learns of the ongoing Great War being fought and believes it to be the return of Ares. She goes with Steve to end the war and kill Ares once and for all. She believes that killing Ares will free all men of corruption and, thus, no more war. 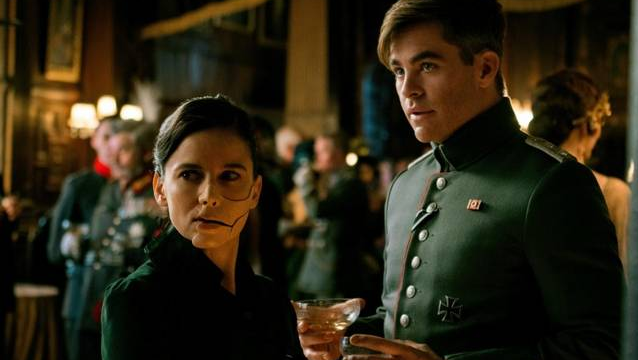 One thing that Wonder Woman excelled at that no other DCEU films have done is provide quality characters. Gadot and Pine are the stars of this film but the rest of the cast is excellent as well. The two main villains, General Erich Ludendorff (Danny Huston) and Doctor Isabel Maru AKA Doctor Poison (Elena Anaya), both command attention when they’re onscreen despite being somewhat limited in their roles. They don’t share a ton of screen time with Wonder Woman but they shine either way. Even minor characters like Etta Candy (Lucy Davis), Sameer (Saïd Taghmaoui), Charlie (Ewen Bremner), and Chief (Eugene Brave Rock) are likable and contribute to the overall story. David Thewlis as Sir Patrick Morgan has an important role in the film as well.

While Wonder Woman is a very satisfying experience overall, it still has some of the usual DC flaws. For one, it has a bit of an identity crisis. It goes from feeling like an epic, grandiose adventure to a comedy and then gets pretty dark towards the end. The tonal shifts all work but they do feel segmented. The film also has that big, bombastic ending that DC has grown so fond of. Zack Snyder’s fingerprints are all over this film. There’s ridiculous action and explosions galore in the final moments that bring back painful memories of the Enchantress fight in Suicide Squad and the battle with Doomsday from Batman v Superman. It’s not horrible but it’s starting to feel typical. There’s also a lot of those Snyder-esque slow motion action shots. 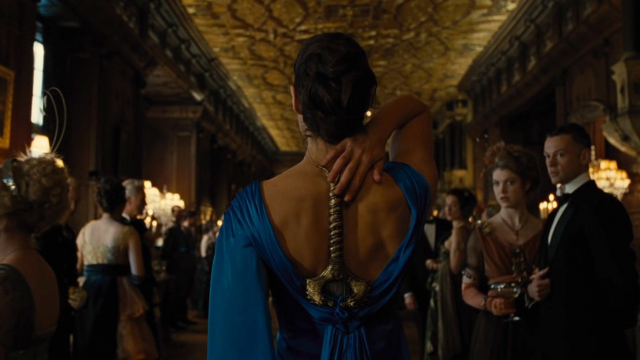 In contrast, the first scene where there’s full-on Wonder Woman action is awesome and doesn’t rely on explosions. The film teases for quite some time before the full reveal of Wonder Woman but it’s well worth the wait. As soon as that stellar theme kicks in and you see the costume in full, you’ll actually get chills. In a way, it’s kind of a metaphor for the entire experience. Unlike the previous DCEU films, Wonder Woman sits back, builds its characters, and lets you breathe a little. The other films tried to cram so much into their stories that there was never time to just enjoy the ride. For the millionth time, that’s exactly how Marvel built their universe. They introduced their characters and gave them all their respective moments in the sun before stuffing them all into one movie.

Ultimately, Wonder Woman would’ve been a great way to kick off the DC Extended Universe. Unfortunately, DC took a little longer than expected to get here. They did buy themselves a little more time to get back on track though. The heat is still on Justice League to be a success despite everything. After this solid entry from Patty Jenkins, the fate of DC will be back in the hands of Zack Snyder. If Justice League flops, it’ll be safe to wonder why they didn’t continue on the same path as this film by releasing solo adventures for the other League members. Either way, Wonder Woman is easily the best DC film in years and provides a small glimmer of hope in the bloated, explosion filled DC Extended Universe.