Despite being a well known name in Hollywood, Willem Dafoe has never adopted the full movie star mentality. From being a meme-worthy character like Paul Smecker in the cult classic The Boondock Saints to a beloved comic book villain in the Green Goblin/Norman Osborn in Spider-Man, to taking on any role either Wes Anderson or Lars von Trier has for him in their newest flicks, Dafoe is always a highlight. More recently, he has been playing the lead roles in a lot of smaller, less heralded productions and gaining a lot of notoriety for it. He quietly racked up two recent Oscar nominations for his acting in 2017’s The Florida Project and the following year’s At Eternity’s Gate where he portrayed Vincent van Gogh. Many also believed he the Wisconsin-born actor was snubbed for his role in Robert Eggers’ critically acclaimed film, The Lighthouse, just last year. Dafoe shows off his acting chops once again in Hector Babenco’s semi-autobiographical final film, My Hindu Friend.

The film sees Diego Fairman (Dafoe), a filmmaker suffering from non-Hodgkin lymphoma, in a battle for his life. He often clashes with the people around him as his contentious attitude makes things all the more difficult moving forward. Along with his wife, Livia (Maria Fernanda Cândido), Diego flies to Seattle to get a bone marrow transplant to fight his illness. Though, this comes at a cost as his estranged brother, Antonio (Guilherme Weber), doesn’t intend to be a donor for his brother without getting something in return. Seemingly alone, Diego must survive the excruciating recovery process if he ever wants to make his one final film. His lone motivation to do so may come from a young Hindu boy who Diego befriends that suffers from the same ailment.

On the surface, My Hindu Friend sounds like a heartwarming tale of a bitter man learning to be thankful and what it means to be human from a child. If that’s the story you’re looking for going into the film, then you’ll be sorely disappointed. The only thing really accurate about that description is bitterness. From start to finish, My Hindu Friend is an extremely bitter film about bitter people out to hurt one another. There are some moments where something positive or at least thought-provoking happens but they’re few and far between. Some of the film’s most compelling scenes stem from the conversations between Diego and Selton Mello’s Common Man as the specter of death and mortality constantly looms overhead. For unaware viewers, this is quite jarring and may end up ruining the entire experience. There’s a lot of ugliness to go around and it’s a film that certainly isn’t for everybody. 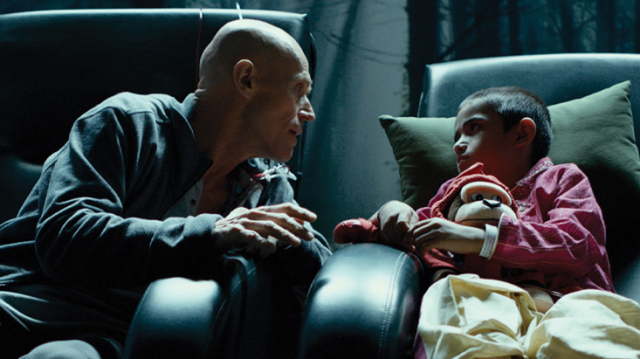 Luckily though, Willem Dafoe is able to keep the overall negativity in check most of the time. This is truly a testament to the actor as he makes a character that’s so unlikable in nearly every way actually sympathetic. When you see the pain that Dafoe’s Diego goes through to stay alive, you can fully understand why he may not be in the best mood all the time. There’s also the fact that his illness wears on those around him as well which leads many to abandon him in possibly his greatest time of need. Of course, Diego doesn’t always help himself in this regard either. Those that do stick around are often mistreated as Diego’s sole focus becomes his final film instead of feeling grateful for his extra time. Regardless, Dafoe does everything he can to keep viewers in Diego’s corner and, perhaps unsurprisingly, does a wonderful job. Dafoe has long been an underrated talent among Hollywood’s elite and My Hindu Friend shows that he can dictate the pace and message of a film on his own.

This leads us to the film’s biggest problem. While the acting is good across the board, everything looks and sounds great, and the exploration of mortality leads to an intriguing dialogue about the film, it may be a bit too autobiographical. Sometimes when something hits a little too close to home, you lose sight of telling a quality story onscreen because you’re too focused on relaying what actually happened. That most certainly seems like it’s the case with My Hindu Friend. Yes, there’s a story worth telling here but maybe viewers didn’t need all of it. There are multiple times where the film feels disjointed and you’re kind of unsure as to Babenco’s intentions. You often wish he would’ve just picked a direction and gone with it instead of trying to cram a little bit of everything in. 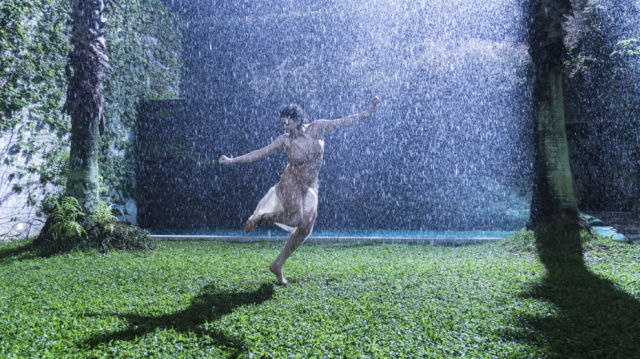 That being said, My Hindu Friend isn’t without merit. There’s definitely an interesting story here and some striking visuals to go with it at times. The film actually premiered at the São Paulo International Film Festival back in October 2015 but, following writer/director Hector Babenco’s death in mid 2016, was shelved until this year. Knowing Babenco’s fate, there’s a melancholic feel to the entire film especially considering the fact that it’s semi-autobiographical. Babenco was a cancer survivor who had to undergo a bone marrow transplant in 1994. While My Hindu Friend certainly has its faults as an overall story, it’s better looked at as a snapshot of Babenco’s life and things that he may have encountered, sought inspiration from, or, ultimately, been emotionally broken by. Perhaps the film is what he wanted to leave behind of himself and, in that respect, My Hindu Friend can’t be judged as just any other movie.

Yet, that’s not going to be enough for some viewers and, as a cinematic experience, My Hindu Friend does fall short of Babenco’s previous work. Again though, this film isn’t without merit. Technically, it’s a great piece of cinema and there’s so much to digest and explore especially when it comes to Diego’s metaphorical dance with death. Yet, it leaves you a bit hollow as it feels like a film that just wasn’t completely polished by the time it was released. As a swansong for Babenco, My Hindu Friend doesn’t quite match the quality of some of the director’s past films but it will forever immortalize him. Willem Dafoe does some amazing work and, for fans of Hector Babenco, he keeps the filmmaker’s memory alive for his most personal release.

*My Hindu Friend is currently available for purchase on Blu-ray, DVD, and video-on-demand. It’s also streaming for free for Amazon Prime members. Check out the trailer below.*