If you grew up in the late 1990’s/early 2000’s, there’s a good chance that, at some point, you gave skateboarding a try. However, there’s an even better chance that you spent a lot of time playing the Tony Hawk’s Pro Skater video game franchise. In popular culture, skateboarding is largely taken for granted nowadays with so many variations of the popular pastime as well as its acceptance into the currently postponed 2020 Summer Olympic Games. That wasn’t always the case. There was a time when it didn’t have anywhere near the popularity it has now. Ludvig Gür’s first documentary feature, Pretending I’m a Superman: The Tony Hawk Video Game Story, not only covers the making of the game but also its hand in changing skateboarding culture forever.

The film opens with the skateboarding legend himself, Tony Hawk, as he discusses the lasting effect and longevity of his namesake series. From here, the credits roll like the games used to highlighting the personalities viewers will hear from throughout the film. Accompanied by music from the now classic game soundtrack, viewers are taken on a journey from the rise of skateboarding in the 1980’s, the creation of the X Games, and, of course, the emergence of a massively successful video game franchise making Tony Hawk a household name. Multiple former and current professional skateboarders relay their experiences with the game along with game developers and even musicians telling their stories as well.

Even though Pretending I’m a Superman claims to be about the story of the game series, it’s much more than that. This is a skateboarding documentary as well. In the past, skaters were often looked at as outcasts and bums. Throughout the 1980’s and especially later in the 1990’s there was something of a youth rebellion with Generation X. There were angsty movements in music with the punk rock and hip-hop scenes along with the introduction of grunge in the late 80’s/early 90’s. A lot of independent and cult film classics were released during this time from new, young filmmakers like Quentin Tarantino, Richard Linklater, and Kevin Smith. Perhaps it’s no surprise then that skateboard culture became more prevalent during this period as well. Though, no one could’ve anticipatedthe boom from the release of the original Tony Hawk’s Pro Skater come 1999. 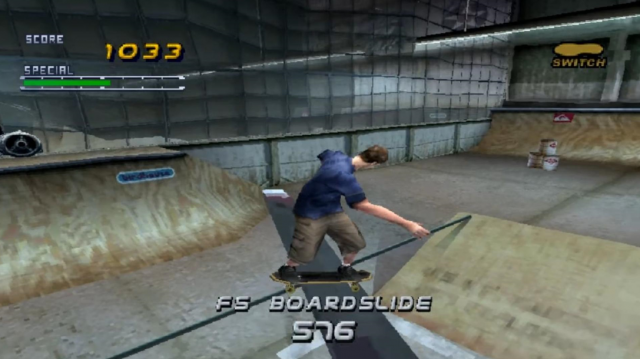 With its fluid controls, insane tricks, and ease of play, Tony Hawk’s Pro Skater was a hit and you’d have been hard-pressed to find someone not playing it back when it was released. The documentary features a great bunch of pro skaters who all have very kind words about their experience working on the game and what it did for skateboarding in general. Of course, Tony Hawk is the marquee name here and comes off as the likable and personable guy that he is. He goes into the development of the game and his involvement with it which people should find fascinating. It was shocking to find out the gamble he took in not accepting Activision’s buy-out to put his name on the game and the rewards he would reap by not doing so.

The exposure the other skaters in the games got changed their lives as well and made them name stars along with Hawk. Skaters like Bob Burnquist, Steve Caballero, Eric Koston, and Chad Muska are welcome additions to the documentary but there are two specifically that stand out here. Jamie Thomas is an interesting one as he initially didn’t want to be part of the roster. Not wanting to be excluded from such an impressive lineup though, Thomas agreed to be in the game and stuck around for four sequels. Clearly not looking for a cash grab, Thomas comes off as humble and genuine in his discovered appreciation for something he initially didn’t want to be involved in. Then, there’s Rodney Mullen who comes off as the sweetest human being ever. For those unfamiliar with him, he’s credited for inventing dozens of tricks including modern staples like the standard flatground ollie, kick flip, and heel flip. Being introduced in THPS 2, Mullen, who had already had a lot of success in the skate community, gained a whole new following for his freestyle and street skating abilities because of his inclusion in the game. The only thing that could make the cast of characters better is if everyone from the original game was able to make an appearance. Skaters like Geoff Rowley, Andrew Reynolds, Kareem Campbell, and Elissa Steamer are only ever mentioned in the documentary.

One area where Pretending I’m a Superman definitely doesn’t slouch is on its music. Watching the film is a nostalgia trip for anyone who has played the game in the first place. Then, you’re hit with the actual soundtrack from it which makes you feel right at home. Songs like “Jerry Was a Race Car Driver,” “Vilified,” and “Police Truck” pop up at various times and bring you right back to the two minute time trials of the game. There are even appearances from Larry “Ler” LaLonde of Primus fame and John Feldmann from Goldfinger to share their increased popularity from their bands being on the soundtrack. Of course, the film’s title is even taken from a line in Goldfinger’s standout track, “Superman.” Music supervisor Jonathan McHugh deserves a ton of credit for re-assembling much of the original soundtrack for this film. An acoustic rendition of Lagwagon’s “May 16th” to close out the credits was a nice touch too. 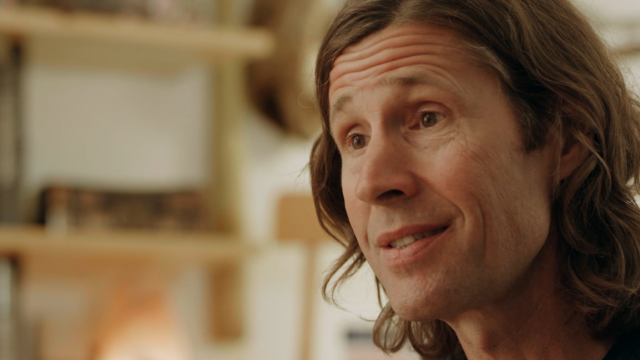 Despite all of the praise that we’ve heaped on Pretending I’m a Superman, there are some nitpicky issues with the film. We’ve already mentioned the somewhat limited cast of skaters. It would’ve been interesting to hear if anyone had any issues with the game or any type of falling out. It would’ve been especially nice to hear from people like Kareem Campbell and Elissa Steamer, the only African-American and woman respectively in the original game, and how they were received following the game’s release. There also isn’t a ton of time dedicated to the iconic soundtracks especially in the first two games. There’s a lot of music included but not much on the process of assembling the artists which is something that was relatively new in the video game world at the time. It wasn’t until probably Grand Theft Auto: Vice City in 2002 that a more impressive soundtrack was put together for a game. The last issue is that the documentary glosses over most of the other games in the series. The third game is mentioned once or twice while the later innovations and misfires of the newer installments go largely unmentioned. No one even utters the name of 2015’s massive failure, Tony Hawk’s Pro Skater 5. Clocking in at only 73 minutes, there was more than enough time to turn some of the attention to these things.

Regardless, Pretending I’m a Superman is an excellent documentary and a welcome dose of warm sentiment for a beloved series. While not everyone has natural skateboarding ability, Tony Hawk’s Pro Skater is a game that made you want to skate. Players could live out their skateboarding fantasy through their chosen characters in a fun and  easy to play gaming experience. Not only did the game affect its players but it also changed the lives of real-life skaters in the present and in the future. In the late 1990’s and early 2000’s, skateboarding was cool and so much of its explosion into popular culture can be credited to THPS. Director Ludvig Gür captures this perfectly in Pretending I’m a Superman and the film will definitely hit home with fans of the franchise. While it does leave you wanting a little bit more, it also leaves you longing for another go-round with the games and those killer soundtracks just for old time’s sake.

*Pretending I’m a Superman: The Tony Hawk Video Game Story is currently available for rent or purchase on video-on-demand platforms like Amazon, Google Play, and YouTube. Check out the trailer below.*