With a slew of carbon copy and unoriginal independent horror films, it’s always refreshing to see something different. It’s also kind of odd to see indie horror being adapted from a previously written work. This is exactly the case with writer/director Jeff Wedding’s new film, Tennessee Gothic. The film is an adaptation of the 1987 short story, “American Gothic,” from horror writer/former fiction editor for Playboy magazine, Ray Russell. Russell, who passed away in 1999, has been responsible for novels like Sardonicus and Incubus which were later adapted into feature films. Legendary filmmakers like William Castle and Roger Corman have even made films from Russell’s screenplays.

Jeff Wedding’s Tennessee Gothic opens with a young woman named Sylvia (Jackie Kelly) being assaulted by two men while she’s tied to a tree. She’s able to break free and ends up stabbing her attackers to death. She flees the scene and a weary Sylvia is picked up on the side of the road by a man, simply known as Paw (Victor Hollingsworth), and his son, Caleb (William Ryan Watson). The two take her in and allow her to stay and work on their farm. However, Sylvia increasingly distracts the two from their work as well as grabs the attention of the local Reverend Simms (Wynn Reichert). With strange things occurring and a mysterious man named Ronnie (Jason Christ) in pursuit of the young woman, perhaps there’s more to Sylvia than what meets the eye.

Firstly, let’s discuss the film’s issues as there’s one in particular that’s going to be a sticking point for many viewers. The main problem for people is going to be the film’s depiction of women. From the introductory assault being carried out on Sylvia to her later deviant nature, there’s no doubt that some will take umbrage with these things. Yes, Tennessee Gothic isn’t a film for everyone because of this and it’s kind of hard to defend it in this regard. However, this is the story that the film is telling and it’s not trying to appease everyone. You can either accept it for what it is or choose to stay away from it. There’s an eventual payoff for the early events and everything that happens feels like a crucial part of the story. Again, this won’t be everyone’s cup of tea but, for those not easily offended, you should be able to find merit in the tale being told. The only other negative is that the ending is pretty straightforward and somewhat anticlimactic. It delivers what you’d expect but, given how wild most of the film can be at times, it leaves you hanging ever so slightly. 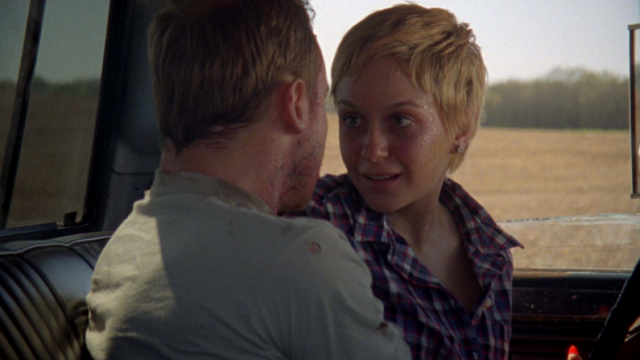 The plot of Tennessee Gothic is kept simple as it borrows from a lot of other horror films of the past. It brings to mind films like The Last House on the Left and I Spit on Your Grave with its sexual content and violence. It also feels reminiscent to the films from Roman Polanski’s “Apartment Trilogy” (Repulsion, Rosemary’s Baby, and The Tenant) with the slow burning paranoia of its characters. There’s even a splash of Tales from the Dark Side‘s gothic storytelling and Tucker and Dale vs. Evil‘s hillbilly comedy. Even with all of these possible influences, the film feels entirely like its own thing. It’s a story of hospitality that turns into lust and obsession but in an oddly heartwarming type of way. In all, Tennessee Gothic is an eclectic mix of ideas and styles that has no business actually working. Yet, the comedy, violence, intimacy, and atrocities all work perfectly somehow from start to finish.

While hillbillies have been used to varying degrees on film, it’s a relief to see that Jeff Wedding didn’t go all in on them in the vein of a film like Deliverance or the aforementioned Tucker and Dale vs. Evil. Victor Hollingsworth and William Ryan Watson play the characters of Paw and Caleb as humble southern farmers and not the caricatures that many films often go for. Even though they’re sometimes dimwitted, they never feel stupid or gimmicky. Wynn Reichert’s Reverend Simms mostly plays for laughs and he’s effective throughout as the wily reverend. Yet, it’s Jackie Kelly who’s the clear standout of the film. She’s intoxicating as Sylvia and you can see why all the men in the film pine for her. She wears a lot of metaphorical hats in the film as she portrays her character as innocent, seductive, helpless, and empowered at various times throughout the story. Kelly shows immense range through Sylvia and is undoubtedly the star of Tennessee Gothic. 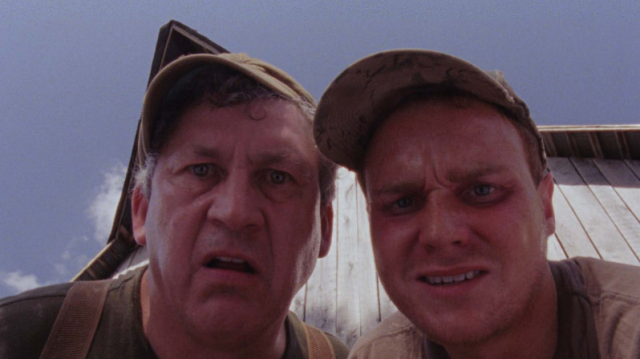 While the uncomplicated plot and fine performances drive the story along, it’s the technical aspects that make the film so great. Simply put, Tennessee Gothic feels like a film made in the 1960’s or 1970’s. It’s shot on Kodak Super 16 millimeter film stock which has a wonderful grittiness to it and gives pop to the film’s color palette. Again, films like Rosemary’s Baby, The Last House on the Left, I Spit on Your Grave, and even The Texas Chain Saw Massacre come to mind in terms of aesthetic. This certainly doesn’t look like a film released just last year. It’s a bit of an enigma as the film feels timeless yet dated due to the analog technology. In all fairness though, the entire film is this way with its mixing of genres as well. The locations onscreen feel tangible and “lived in” which only enhances the world of the film. There’s also a diverse soundtrack but, like all of the other amalgamations throughout the film, it all fits for whatever reason.

Tennessee Gothic is a gem in a sea of mediocre indie and big budget horror flicks. It should remind viewers of a bygone era where horror wasn’t all about jump scares, excessive gore, and bland characters. Even through its comedic bits, the horror being presented is deliberate and cerebral. You know what’s happening and you have no choice but to watch it slowly happen as the story continues. Upon finishing the film, you’ll find yourself wanting to watch it again because 1) you want to pick up on more of the film’s subtleties and 2) it’s just that entertaining. It’s true that not everyone will be appreciative of Tennessee Gothic given some of its subject matter. Though, for fans of 60’s/70’s horror and can handle some controversy, do yourself a favor and seek this one out.

*Tennessee Gothic is currently available for purchase on DVD and Blu-ray at this location. You can also watch the film on demand here. Click here to check out the official trailer on YouTube.*