Back in 2018, we reviewed two films from writer/director Kemal Yildirim. The first was Saudade, his superb 2017 short depressing drama and, after that, we took a look at his also depressing 2012 feature, Rose. Both films displayed Yildirim’s abilities behind the camera with their wonderfully bleak cinematography and beautifully crafted shots. Now, Yildirim returns with a brand new feature film entitled Wastelands. Watching the film, it felt kind of like a mix between both previously reviewed titles on this site. It focuses heavily on depression, heartbreak, and loss and is very effective in doing so. However, it does suffer from having a little too much going just as Rose did.

Wastelands serves as something of a loose adaptation of Yildirim’s previous work on Saudade. A lonely young woman named Alice (Natasha Linton) lives her daily life in a haze as she constantly yearns for her former lover, Tris (Yildirim). She develops obsessive and self-destructive habits because of her grief and has trouble functioning at work. Suddenly, her terminally ill father, Wilhelm (Sean Botha), drops back into her life and is completely dependent on her to take care of him. This only adds to Alice’s unhappiness as she struggles with negative memories of her father while essentially being his lifeline. Alice then reaches out to Tris whose reemergence into her life may be more destructive than anything.

As you may be able to tell, there’s a lot going on in Wastelands and, for the character of Alice, that’s not good. Already having a tough time coping with her past, Alice is forced to face her problems head-on. Initially, she’s isolated from everyone and deals with her issues by doing minor physical harm to herself. When she becomes responsible for her ailing father, things take an even darker turn. There’s clearly a lot of resentment between Alice and Wilhelm as she seems to hold him responsible for destroying the family. Unable to care for himself, Wilhelm doesn’t want Alice’s help but resigns to the fact that he needs her. This father/daughter dynamic is where the film is at its absolute best. As Wastelands continues, viewers will learn more and more about their respective pasts and the problems that have plagued their relationship with one another. 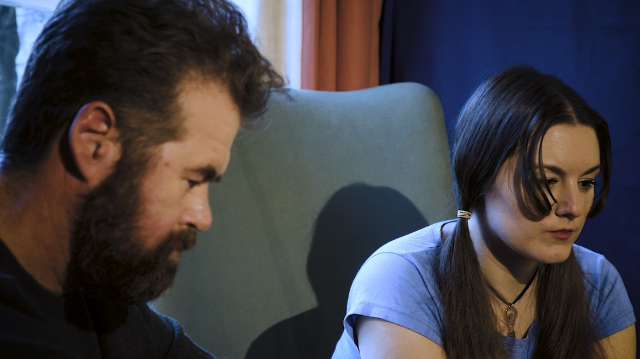 Where the film suffers slightly is in its partial retelling of Saudade. This consists of the co-dependent, yet toxic, relationship between Alice and Tris. Before anyone gets the wrong idea, this story isn’t bad. It’s just hard to say whether it’s needed in Wastelands. In our review of Saudade, we felt that there was a chunk of the story missing from Tris’s point of view. Given a return to the story in a feature length capacity in Wastelands, the character of Tris could’ve gotten more backstory. Unfortunately, that’s not the case. The film largely focuses on Alice and Tris for a lof the runtime but it never feels like the main story. In Yildirim’s short film version, the relationship was the entire story but here it bookends the father/daughter storyline while never getting a chance to shine as it did in Saudade. Again, it’s not bad. Their relationship actually is intriguing but it just doesn’t carry the emotional weight that the family drama does. There are also some twists towards the end of the film that feel a bit out of place but they don’t really hurt any of the drama either.

As has been the case with Yildirim’s other work, the cast minimizes any shortcomings the plot may have. Natasha Linton takes over the role of Alice in Wastelands after Holly-Rose Durham in Saudade. Both female leads do a great job with the character and Linton never feels like she’s trying to mimic Durham. Instead, Linton has a sort of quiet rage to her while Durham felt much more openly emotional. With Linton, you’re never quite sure what she’s going to do which makes her relationships with both Wilhelm and Tris all the more combustible. In addition to being the writer, director, producer, and editor of Wastelands, Yildirim also finds time to fill a big role as Tris. Once again, it feels like his story’s partly missing but he still proves himself as a capable actor as well as a filmmaker. You legitimately want to see more of him to better understand who Tris really is.

The real star of the film, though, is Sean Botha as Wilhelm. He had a small role in Saudade but that role is expanded in this film. His performance as a man with Huntington’s disease is legitimately uncomfortable to watch. Mentally, he seems to know what’s happening but, physically, he’s unable to do anything about his situation. It’s heartbreaking to watch Linton’s Alice feed and bathe her father while he appears to be in a constant state of humiliation. Botha’s performance is simply astounding and it’d be shocking if he didn’t receive recognition for his work when Wastelands eventually hits the film festival circuit. Botha even handled some of the film’s superb camerawork alongside Yildirim and Mol Smith. 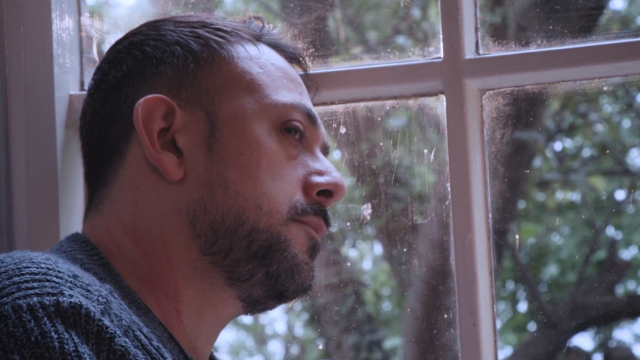 Like both previously reviewed films from Kemal Yildirim on this site, the technical aspects of Wastelands assault the senses in the best way possible. Needless to say, Yildirim knows filmmaking. The camerawork, cinematography, editing, usage of color, and every other aesthetic you can think of is stunning in his work. As previously mentioned, the film appears wonderfully bleak visually with its sharp visuals and frequently cool color palette. Aurally, the music from Kosta T. fits the tone of the film perfectly. From the very beginning, he builds a suspenseful, yet somber, soundscape for the film that matches what Yildirim tries to do visually and story-wise. The only nitpick technically with the film is that there are a small handful of scenes that have some uneven audio. There’s a little bit of echo and a few flare-ups in volume. Though, these issues only arise once in a great, great while.

With Wastelands, Kemal Yildirim proves his capabilities as a visual filmmaker once again. He has a distinctly melancholy quality to his work and it really suits the stories that he wants to tell. Yildirim himself states that this is his “darkest and most personal film yet.” This is clearly evident throughout the entirety of the film as there’s very little to be joyful about. The main issue with the film, as was the case with Rose as well, is that there may be a little too much going on. Everything is done very well but there are really two stories here. There’s the family drama between Alice and Wilhelm and then the destructive relationship between Alice and Tris. In the case of Wastelands, the father/daughter plot is where viewers will be the most invested and, ultimately, satisfied. Due to the COVID-19 pandemic, an official release for the film is currently on hold but the film will be hitting festivals as soon as possible. Definitely check out Wastelands if you have the opportunity.