Over the past two years, we’ve covered a handful of projects involving screenwriter/actor Kris Salvi. Beginning with Alessio Cappelletti’s short film, The Date, and continuing through other shorts like I Am a Rain Dog, Salvation, and Exeter at Midnight, Salvi has proven himself as a quality screenwriter and an intriguing onscreen presence in major roles in the latter three films. However, we’ve yet to cover a film actually directed by the multitalented Salvi until now. Salvi’s newest short film, Cleaner, puts another one of his filmmaking talents on display with another surprisingly original mob tale that’s both simple and effective.

Cleaner opens in early 1970’s New England. Jilly Mastrano (Justin Thibault), a high ranking mob captain, tasks Nicky Leone (Dustin Teuber), a lower ranking cleaner, with getting rid of a “package.” Jilly also tells Nicky to bring along a woman they frequently use on jobs to take care of the package. Matters becomes complicated as Nicky and the woman, Rose (Gabrielle Rosson), are in love but involved in a career path that doesn’t really allow for their type of relationship. Either way, the two express their feelings for one another while fulfilling their task of disposing of a body.

Like most of Salvi’s projects, Cleaner is another gangster flick with themes of loyalty and defiance at its core. Based on their early interaction, it doesn’t seem like Jilly entirely trusts Nicky. Nicky appears to be a faithful soldier as he carries out his orders handed down by his superior mostly without question. Still though, there’s the secret relationship between Nicky and Rose which Jilly at least hints at being aware of. Even though Nicky remains loyal and effectively completes his task, there’s still an inkling of wrongdoing. Of course, this doesn’t sit well in this environment as potential problems could arise from it. 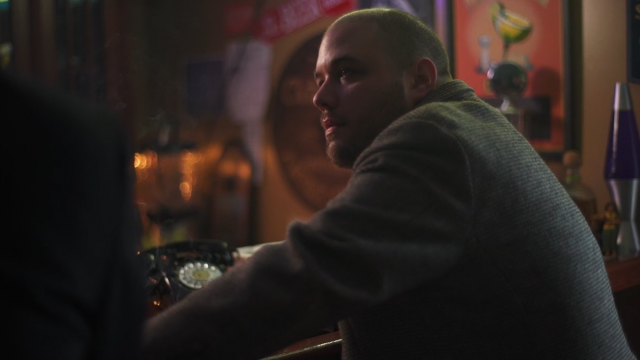 In all of Salvi’s previously reviewed work on this site, we heap tons of praise on his characters and storytelling and, unsurprisingly, we’re going to do the same here. There’s not much buildup or backstory when it comes to the characters. However, this doesn’t prove to be an issue as the talented cast helps thrust you right into this world that Salvi creates. Dustin Teuber as Nicky is quite good in that he feels like someone who maybe is in a little too far. He does his job but it seems like he might want something more out of his life while also knowing that he can’t get out of his current situation. Nicky has dug his own grave and now has no choice but to lie in it. Gabrielle Rosson is also solid as the mysterious Rose. Viewers don’t learn a whole lot about her but she makes an impact in her brief screen time. Perhaps the best performance comes from Salvi’s frequent onscreen collaborator, Justin Thibault. In only brief scene, Thibault’s Jilly is established as a strict, cold, and ruthless mobster who doesn’t like distractions. When he speaks, his words feel like veiled threats and really help set the tone of the entire film.

Once again, “simple and effective” is the phrase that comes to mind in regards to Cleaner. The film isn’t necessarily unlike other mobster flicks you’ve seen in the past. Yet, Salvi always manages to put a creative spin on his work so that it manages to stand out among its numerous peers. Of course, this will be kind of vague as to not give anything away but Cleaner is a film that you should probably watch at least twice. The first viewing introduces you to the characters and relays the story while the second will have you picking up all the little details and hints of what’s about to happen. As is the case with all of Salvi’s previous work we’ve reviewed on this site, Cleaner‘s greatness lies in its subtleties and subsequent surprises. There are things that viewers should be able to pick up on in a first go-round but the deliberately worded and paced script also keeps the film from being predictable. 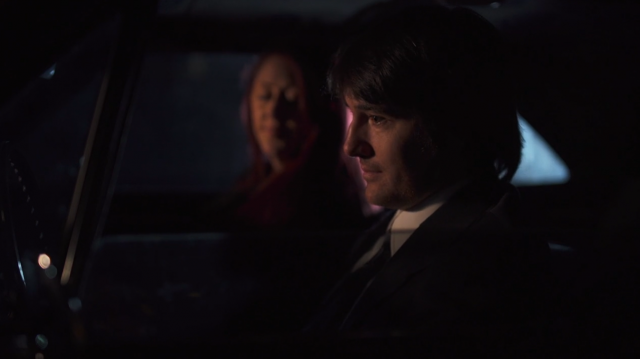 The only real negative to Cleaner is that there’s not more of it. At just over ten minutes, the film feels a little too short given the players and background that could be afforded some more screen time. While Salvi does do a good job introducing the characters and getting to the meat of the story, there seems to be something missing. Maybe an extra scene of Nicky and Rose hiding their relationship or a further interaction with Jilly would’ve filled the gap. This doesn’t take away a ton from the film but there’s more story here than what’s actually seen and, as a viewer, you want to see more. Though, viewers wanting to see more isn’t a terrible problem to have and this isn’t a backbreaking issue for Salvi’s film by any means.

Cleaner is another great mob story from the screenwriter Kris Salvi but also an excellent outing for the director Kris Salvi. Everything looks and sounds great with some wonderful aesthetics, camera angles, and framing to assist in telling the story. The old timey soundtrack also adds some interesting flair to the story as, stylistically, it shouldn’t really fit the subject matter. However, it works like a charm here and scenes such as the final one outside the diner are enhanced by it. In our review of Christopher Di Nunzio’s Exeter at Midnight, we stated how Salvi was becoming one of our favorites as an actor but, if he’s going to make more films like Cleaner, he’s going to also become one of our favorite short film directors as well. Overall, Cleaner is another short mobster triumph for Salvi. His knowledge and love of the genre clearly shines through in his work and you’d be hard-pressed to find someone who does it better right now.

Cleaner from Gabrielle Rosson on Vimeo.