Since the release of Twilight and its sequels, vampires have certainly been through the ringer when it comes to filmmaking. It’s not all that surprising considering that the franchise became the modern day norm for vampires due to its five year run of big returns at the box office despite its low quality storytelling. However, people shouldn’t forget that there’s more to a vampire story than forced romances and sparkling in sunlight. Going as far back as works like Bram Stoker’s iconic 1897 novel, Dracula, there’s something very human about a good vampire story and the struggle between being labeled a monster and having the will to survive. This is also the case with Jay Reel’s comeback short film, Dawn: Year Seven.

The film opens with an exhausted man named John (Jeremy Liles) traveling with his “special needs” daughter, Dawn (Chloe Liles), asleep in the back seat. Unable to keep his eyes open, John falls asleep while driving. He’s soon awakened and scolded by Dawn before they stop in a town called Woodland. Upon their arrival, and at the behest of John, the duo’s focus is to find a source of nourishment for Dawn who has gone four days without feeding. Unable to continue living off small amounts of blood from her father, the vampiric Dawn requires a larger volume of blood to stay alive. Though, the idea of harming another for her own gain goes against her human morals.

Dawn: Year Seven is actually a prequel to writer/director Jay Reel’s out of print 2003 feature, Dawn. In that film, the title character is born from a human father and vampire mother. The latter parent died during childbirth leaving Dawn and her father to travel across country and change their identities while finding sources to quench Dawn’s thirst. This new film is Reel’s first in over sixteen years and sees him return to familiar territory. The events of Dawn: Year Seven focus on the early days of the duo’s travels when Dawn begins outgrowing the “nursing” stage of her vampirism. 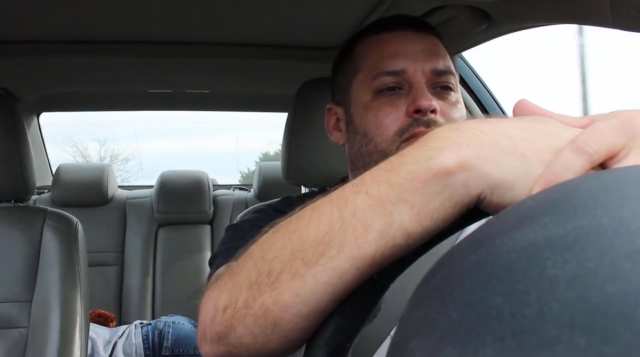 When it comes to the film’s plot, it’s quite reminiscent of Tomas Alfredson’s Let the Right One In in a lot of ways. In both films, a man travels with a young girl in search of people for her to feed off of. Both girls show hesitation at times but also don’t refrain from getting the things that they need. However, Let the Right One In‘s Eli is a little more open to brutality and has more of a bloodthirst than Dawn at her young age. These kind of films provide a more interesting take on vampires in general as they’re humanized and relatable. They try to live normal lives while suffering from something more akin to a disease than a passion. In Dawn’s case, she’s a girl who was born without a choice in the matter. She needs blood to survive and John is unwavering in his attempts to get his daughter what she needs. In short, Dawn: Year Seven is a human story and not a monster one.

The best thing that can be said about the film is that it has a lot of heart. Again, the story isn’t about a body count or gore. It’s about relationships between people. Here, the relationship between John and Dawn is a major highlight mainly due to young Chloe Liles. She’s a perfect choice for the kind-hearted and adorably spunky Dawn. When she admonishes John for falling asleep at the wheel, you immediately develop a fondness for the character. She also strikes up a friendship with an older woman named Clara (Connie Copeland). These scenes are probably the emotional crux of the film and almost feel like something out of Full House. The two learn from one another and maintain a similar dynamic as the earlier father-daughter relationship. 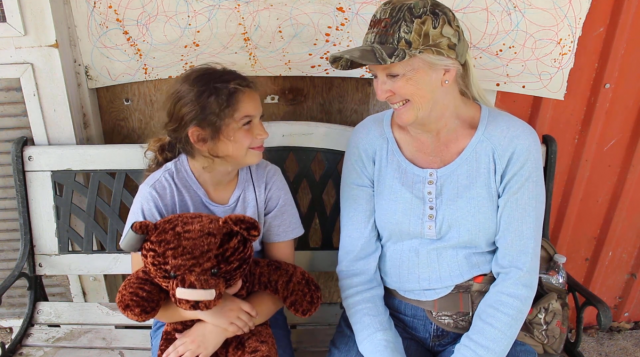 There are still some negative aspects to the film that mostly go hand in hand. At first glance, it seems like some of the acting from both Jeremy Liles and Connie Copeland is a little iffy. Though, the deeper issue is with the film’s script. While the story hits some very positive beats with its characters and overall message, it’s far too wordy. The character motivations and feelings are frequently delivered through dialogue instead of shown through actions. It’s the old “telling instead of showing” offense that we most recently mentioned in our review of Gene Blalock’s The Nightmare Gallery. Too often it feels like the actors are reading lines instead of giving genuine reactions. Here, it’s somewhat understandable since Reel’s 2003 feature is largely unavailable but this film should also be able to stand on its own as a prequel.

That being said, Dawn: Year Seven still delivers a satisfying overall experience. It’s a shame that the original Dawn isn’t available because this prequel short makes you want to know more about these characters and their actions going forward. It feels like there’s so much more to explore that couldn’t fit into the twenty minute short. Hopefully, that film will become more widely available in the near future. While it’s true that Dawn: Year Seven isn’t perfect, it’s still a welcome return to filmmaking for Jay Reel bolstered by a wonderfully endearing lead performance by Chloe Liles.