As we all know by now, films within the horror genre often borrow ideas from previous films. Sometimes these ideas can be overly distracting and bring down the quality of a film for being unoriginal. Then, there are other times where paying homage to something classic can be a good thing. In the case of Chase Michael Pallante’s short film, Defarious, being influenced by horror of the past is its proverbial bread and butter.

Since 2016, Pallante’s film has been making the rounds at film festivals around the country and winning awards along the way. Defarious has been nominated for a handful of Best Film awards, including the Grove Film Festival in New Jersey and the Northeast Film Festival Horror Fest (which it won). It has also taken home awards for Best Horror Film at the Brightside Tavern Film Festival and the Los Angeles Independent Film Festival.

Written by Pallante and Zay Rodriguez, Defarious follows a young woman named Amy (Janet Miranda) who’s plagued by nightmares. She awakes in the middle of the night to find that her phone is missing. As she wanders through her dark house looking for her phone, Amy is stalked by a menacing figure (Jason Torres). The villain terrorizes her at every turn yet she continuously attempts to evade her attacker despite some of the brutality she faces. 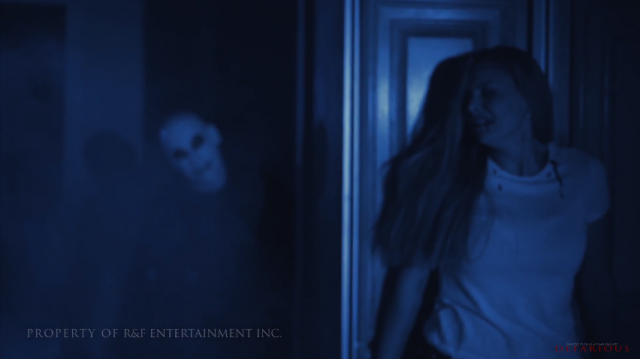 At first glance, Defarious seems like your standard slasher fare. While the story is relatively simple, it doesn’t necessarily feel like a copy of any one slasher film. Between the dreamlike atmosphere, usage of color, and the knife-wielding maniac, the film feels like a mixture of A Nightmare on Elm Street, Suspiria, and Halloween in tone. The master of horror, Wes Craven, has even been cited as an influence by the director and it’s not hard to see why. It’s abundantly clear that Pallante has a knowledge of the sub-genre and does well to provide an intriguing short film highlighting all of the usual slasher tropes.

In addition, the music of Defarious is one of its absolute highlights. Jonathan Martinez tackles the music in this film and, in traditional 1980’s horror fashion, the musical cues are frequent. The music is sometimes misleading as it crescendos without showing the villain. Though, when he does attack Amy, the music sounds like something straight out of an early Friday the 13th film. The frenetic pacing of the soundtrack fits the action onscreen and, when coupled along with the blue visual hue, it’s somewhat reminiscent of the 1920 film, The Cabinet of Dr. Caligari, at times as well. 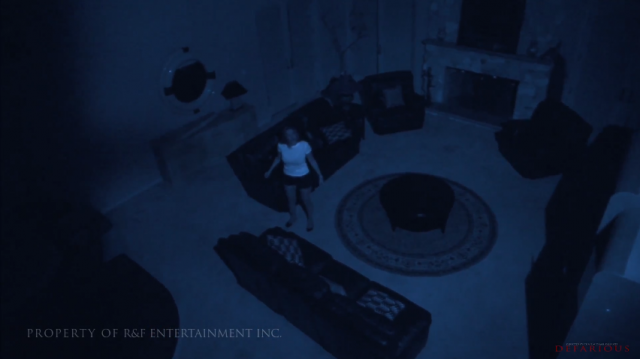 As previously stated, the film isn’t entirely original and that’s probably its biggest issue. During the shot of the killer raising a butcher knife, you immediately think of films like Psycho. When you see Amy initially get attacked, it feels like Laurie being attacked by Michael Myers in the original Halloween. While it feels wrong to look down on the film for this reason, especially since that’s one of the reasons it works so well, it can’t go unaddressed. That being said, it’s an excellent homage to many of the classic 70’s and 80’s horror films. The more times you watch it, the more you tend to get out of it. Again, it’s obvious that Pallante has knowledge of the films he’s paying tribute to but it also would’ve been nice if there was a tad bit more originality put into the story.

Ultimately, Defarious is a solid short horror film. Technically speaking, it’s shot well, especially for being quite dark, boasts some nice camerawork, and has an impressive soundtrack. The director, Chase Michael Pallante, definitely shows that he has a knack for putting together a solid piece of horror that shows adoration for the work that has come before it. While Defarious won’t blow you away with originality, there’s more than enough to admire and respect as it fully embraces the genre and channels some of the best horror films in its brief eleven minute runtime.