There’s something of a fine line between telling a touching, kind-hearted story and being overly sappy. It’s very easy for new filmmakers to take something emotional and turn it into something melodramatic. Fortunately, director/co-writer Asha Rosemond is able to avoid this in her debut short. Though Rosemond’s Incognita is somewhat predictable, its optimistically warm story avoids melodrama and, instead, shows human nature at its best.

The film sees Professor Ben Park (Sean Kneese) as he begins teaching at a new university. After being directed to his new classroom by his superior, Professor Phillips (Timothy J. Cox), Ben’s new students filter in with whom he quickly establishes a friendly atmosphere. On top of his new position, his wife, Veronica (Nedra Shamberger), reveals that she’s pregnant. Though, Ben seems a bit distant upon learning the news. Then, a student named Trevor (Phil Kramer) hits Ben with some additional news that he never could’ve expected.

Written by Rosemond and Brielle Carroll, Incognita has a relatively standard story. It feels original enough while not feeling like it borrowed plot details from anything specifically. As previously mentioned, it’s a human story and it succeeds in being that. Ben is on an upswing with a new job and budding family. Despite his good fortune, Ben doesn’t seem overly enthusiastic in his current situation. This is before he’s gobsmacked by something he has no control over. By the sound of this, you’d think that Ben is an unlikable character but he’s really not. He’s basically an everyman torn between being content with how his life was and a bit frightened at where it’s about to go. It’s a feeling that everyone should be able to sympathize with given the uncertainty of change. 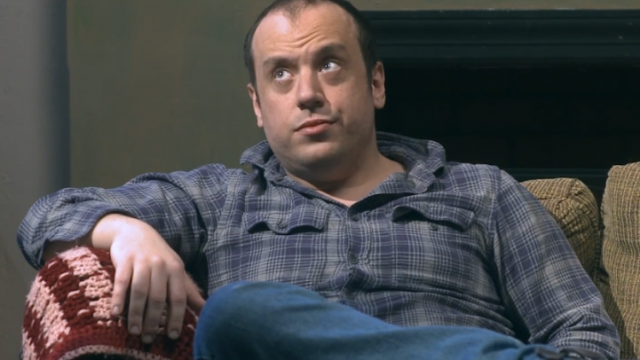 Much of this has to do with the rock solid acting by Sean Kneese. Upon his arrival in his new classroom, Kneese’s Ben shows a level of comfort as a teacher (i.e. something he can control). He manages the flow and direction of his lectures without interference from outside sources. At home however, Ben has to coexist with his wife and, soon, a newborn baby. With his student, Trevor, Ben can’t do anything to change the information Trevor gives him and he’s unable to run from it. Kneese does a good job making Ben a challenged character who maintains his morals and accepts responsibility. Phil Kramer and Timothy J. Cox also do a good job with their respective characters. Like Ben, Kramer’s Trevor keeps a level head in his situation and is likable. Cox is always a welcome addition in anything he’s in despite some limited screen time here. Nedra Shamberger is good as Veronica but the character seems shoehorned in. Her scenes are very quick and feel oddly like a subplot.

In a film like Incognita, it’s surprising to see such levels of positivity. On paper, the plot sounds like it’s about a man who’s down on his luck but it never feels like that in execution. Ben appears happy and comfortable in his new position. He’s just layered with uncertainty regarding his personal life. He’s not upset over his wife’s pregnancy or even over the information relayed to him by Trevor. He just doesn’t know how to handle it at first. It’s refreshing to see a film take this kind of stance as most would probably approach such subject matter with misery. Rosemond and Carroll’s script takes what could be interpreted as negatives and turns them into positives. It’s more of the “rich getting richer” than a “woe is me” mentality. The film puts an optimistic spin on humanity and relationships and is all the better for it. 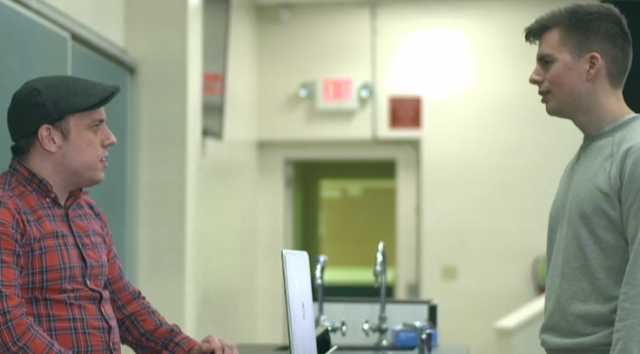 That being said, there are some negatives to the film. During a scene where Veronica calls Ben to tell him she’s pregnant, there’s some finicky audio. There’s some echo and background noise when Ben’s talking and then the phone audio of Veronica’s voice is quite jarring. It’s not a backbreaking issue but it’s certainly noticeable here. The audio throughout the rest of the film is very good though. The other detractor of Incognita is in its predictability. It’s not hard to figure out the film’s twist after only a few minutes. The film’s main focus is on the interaction between Ben and Trevor but it strays from it a few times. Unfortunately, these moments that stray are the ones that also give away the surprise.

Either way, Incognita is a good directorial debut for Asha Rosemond. Again, it tells a human story that has a positive outcome when so many others probably wouldn’t. You can sympathize with all the characters in their current situations as they have understandable real-life dilemmas. As people, you can relate to the characters and be strangely proud of them for confronting their issues head-on. That’s what makes the film resonate so well.  While the film may have some slight issues, Incognita is praiseworthy in its optimistic outlook on human nature and the uncertainty of the future.