When it comes to short form cinema, it’s not an easy task for an audience to become absorbed in characters. The very idea that a viewer spends such a brief amount of time with characters means that the filmmaker faces an uphill battle in snagging said viewer. In many cases, things like humor, drama, and spectacle take a front seat instead of efficient character building. However, when it comes to Matthew Kyle Levine, the writer/director focuses almost solely on character development as the emotional crux of his work. In his new film, Miss Freelance, Levine smartly refuses to give up his penchant for character building through things like facial expressions and relationships.

The film centers on a week in the life of a young woman named Carly (Maddy Murphy). Throughout the week, she “freelances” for a handful of strange men throughout New York City. Viewers see Carly as she transforms into different versions of herself depending on the person that she’s with at the moment. Things start out relatively simple as she visits Maurice (Ivan Greene), a client with a somewhat strange request. With each subsequent partner, Carly is subjected to different issues and/or feelings in which she reacts in a variety of ways.

When compared to your standard run-of-the-mill film, Miss Freelance doesn’t really have much in the way of plot. Like Levine’s other work on films like Gloss and Weird Cupid, the film is moreso a character study. Viewers won’t necessarily find anything revelatory or climactic in this film. Yet, there’s a lot to interpret about human nature and why people are the way that they are. You may never get a real explanation as to why Carly treats all of her clients differently but there’s plenty to discuss as you witness their interactions. 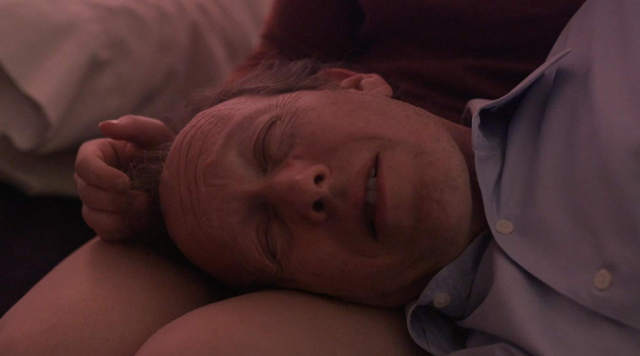 While Murphy’s Carly is certainly the vehicle by which the story is driven, the real appeal of the film is in her relationships with the other characters. Her first encounter with Maurice is what you’d expect from a story like this as his request is somewhat fetishy. After this, though, the film becomes more and more relatable as you see Carly go through encounters based solely on wants and desires. Given her line of work, most of them are from her clients. A character like Timothy J. Cox’s Ben seeks affection and commitment from something he perceives as a relationship. Yet, Carly is unwilling to give him what he wants and even belittles him for it. Carly is also on a journey of self worth throughout the film but, like Ben, doesn’t always attain her goals. When you think about it, isn’t this how people act in their daily life? There are those that we willingly dedicate time to and seek reciprocation from. Then, there are other people who we may only interact with if there’s, ultimately, something to gain.

With these character complexities, you’d expect there to be an emotionally heavy script. While there is some telling dialogue, the melancholic storytelling comes mostly from the acting and direction from Levine. Like his previous short films, Levine maintains closeup camera angles for pretty much the entire film. Due to this, his actors do much of their acting through their facial expressions. As a viewer, you can see heartbreak on the face of Ben, comfort on Zach Abraham’s Randy, and an emotional emptiness, among other feelings, on Carly. Speaking of which, Maddy Murphy’s debut performance here is great given the fact that she’s required to wear many different metaphorical hats. She treats and reacts to each of her clients differently and her emotions are very realistic and human. As previously mentioned, it’s easy to understand her actions towards each of them as humans make judgment calls on others all the time whether they’re justified or not. 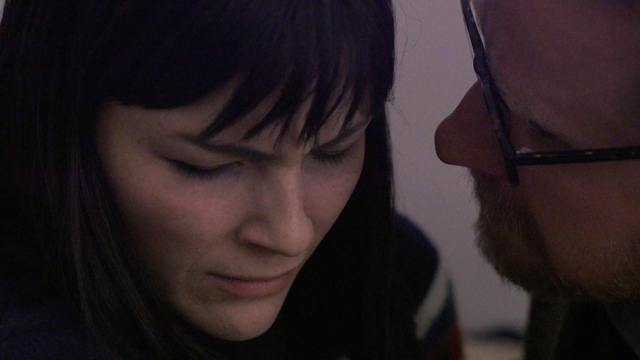 For those who’ve watched Levine’s other work (check it out here if you haven’t), you’ll notice that the more quirky aspects of films like the aforementioned Gloss and Weird Cupid are absent in Miss Freelance. The events of this new film are candid and lack that Lynchian strangeness that pops up in his previous films. While Miss Freelance may be pretty straight-forward, it shows Levine’s understanding of the complexities of human nature. There’s not really a need for a supernatural force or oddity to sway Carly’s feelings towards people. Sure, the film may lack a little bit of unconventional flair but its subtle performances make up for it greatly.

Overall, Miss Freelance is a rock solid short film from a bold and talented filmmaker. Matthew Kyle Levine’s insistence on using closeups to tell stories is an unorthodox trait but, to date, has proven successful. This new film doesn’t hit the emotional highs of previously reviewed shorts on this site like Partitioned Heart and Imposter. Yet, it does necessitate interpretation and discussion about interaction, relationships, and human nature in general. With Miss Freelance, Levine puts together a thoughtful film that will immediately have you trying to make sense of your own relationships with people even before the final credits roll.