We’ve noted before on this site that the science fiction genre has hit a stride in the past few years. Films like Arrival, Blade Runner 2049, and Annihilation have exceeded expectations of the genre on the big screen. Luckily, that quality has made its way to the indie scene as well. Partitioned Heart, the debut short film from writer/director Matt Morris serves as a subtly nuanced addition to the genre. Here though, the sci-fi elements are kept grounded as the emotional story focuses on technology’s ability to distort what it means to be alive.

The film centers around a man named Rob (Travis Mitchell) who recently lost his son, Daniel (Malik Uhuru), through unspecified means. Luckily for Rob, he has somehow been able to preserve Daniel’s memory as he’s able to speak directly with his son via a computer program. However, during one of their talks, Daniel reveals that he still feels his human pain in his current form. He urges his father to let him go for good this time and Rob must decide how to handle and cope with the situation.

The plot is a simple father-son story with tragedy, loss, and heartbreak at the forefront. It’s not really anything new as there are tons of films that deal with these subjects. Yet, Partitioned Heart carves out its own niche. It strips away any outside factors and strictly focuses on the relationship between Rob and Daniel. There’s very little talk of how Daniel passed away and, frankly, it doesn’t really matter for the story the film is trying to tell. The storytelling in general is a mix of films like 2009’s The Lovely Bones and 2013’s Her. Again though, the short does its own thing and is only slightly reminiscent to these titles while still feeling wholly original. 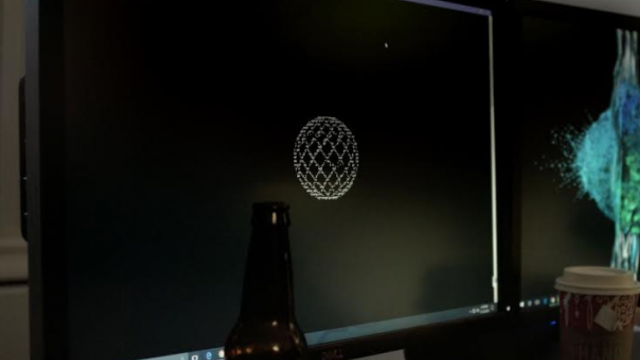 This is quite a feat in itself as the film only has one actor onscreen and another providing a voice. Travis Mitchell is excellent as Rob, a grieving father. For most of the film, he speaks to the computer screen which now represents his son. He does a convincing job making it feel like Rob is communicating with Daniel as you see his face run through a series of emotions. Initially, he seems content and accepting of the situation. It’s not like he has a choice if he wants to hold on to his son by any means necessary. As Daniel voices his displeasure of his current state, Rob realizes what he must do to help Daniel instead of just himself. Malik Uhuru deserves a lot of credit as the voice of Daniel as well. Throughout his dialogue, you understand that Daniel may have a voice but that’s all that it is. He’s merely existing while being unable to truly live. Uhuru’s dry and unwavering voice work does wonders to hammer this point home throughout the film.

The message of Partitioned Heart is what will keep viewers coming back to it though. At face value, the film is great. When you think about the implications it makes combined with its nuances, it enhances the experience tenfold. There’s no doubt that Daniel’s continued existence is a play on life support in that a person can remain alive by definition but unable to indulge in all that life has to offer. Rob keeps Daniel alive but there’s nothing left for either of them in this instance. Rob suffers from being physically away from his son while Daniel suffers internally from whatever ailed him in life. Rob’s decision to either selfishly keep Daniel as a computer program or free him entirely is the same choice that people must make when taking someone off of life support. In the film’s context, Rob’s choice is a difficult and poignant moment that no one should have to endure. Yet, it’s a decision that, ultimately, has to be made. 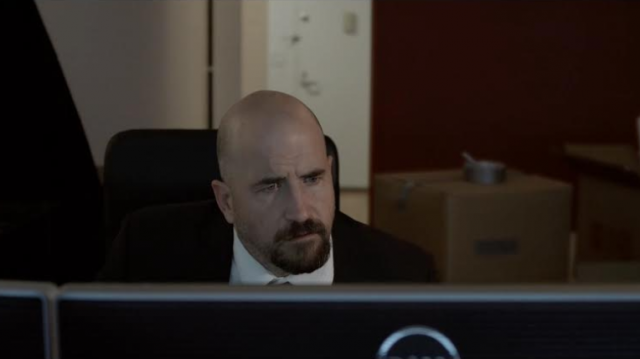 If there’s anything negative to say about the film, it’s that it’s not longer. Like many of the shorts reviewed on this site, that’s actually a good problem to have and it can’t be held against the film whatsoever. There are so many directions that Partitioned Heart could go in that it’s hard not to think about the possibilities. What was the relationship between Rob and Daniel like prior to the latter’s death? How did Daniel actually die? Who created the computer program and why? If not Daniel, then how did he come to be the one memorialized as the circular image with a voice? Even the ending is left with the metaphorical door slightly ajar so that you can question Rob’s final decision.

Writer/director Matt Morris does such a great job with Partitioned Heart that it’s fully satisfying just the way it is while still leaving you craving more answers and details as the credits roll. Could this be a feature length film? Potentially. Though, when something’s this good, it doesn’t really need to be. In just under nine minutes, Morris creates a familiar but unique story that tugs at the heart strings but also probes the brain. For anyone that relates to the film’s subject matter, there’s no doubt that you’ll immediately sympathize with Travis Mitchell’s Rob. Partitioned Heart is a wonderful little piece of science fiction drama with a moral and profound dilemma at its core.