There’s a price that comes with fame and it’s certainly not cheap. Whether someone’s a famous athlete, movie star, or musician, life becomes different with that kind of success. Relationships with friends and family may change, normal every day tasks become arduous while under the microscope, and there’s an overall reliance on famous people to entertain the masses. Celebrities are people too and this is largely the focus of Bruce C. Bradbury III’s new short film, Rooftops.

The film opens with a popular touring musician named Rachel (Tatiana Borie) returning home to New York City. First, she runs into enthusiastic super fan Robert (Timothy J. Cox) who’s looking forward to hearing new music from Rachel. After giving him an autograph, Rachel spends the day with her friends, Margaret (Sloan Pirie), Kim (Alex Leombruno), and Johnny (Bradbury), before having to head back out on tour once again. During their time together, Rachel wonders if the touring life is really for her or if maybe her heart remains in New York City with the people that she loves.

Like the recently reviewed South Mountain, Rooftops doesn’t really have much of a plot. It’s more of a brief look into a day in these characters’ lives. While Rachel’s return home is certainly an event, viewers don’t really have much insight into Rachel’s time on the road or the friendship that the characters share. There’s enough intrigue and questions about these things to keep you invested despite never answers. How did Rachel find her success? How long has she been away. What kind of music does she even play? Most importantly, what kind of strain, if any, has Rachel’s touring put on her relationship with these people she claims to care about so deeply? There are a lot of different ways the film could’ve gone but, instead, viewers will mostly be left in the dark. 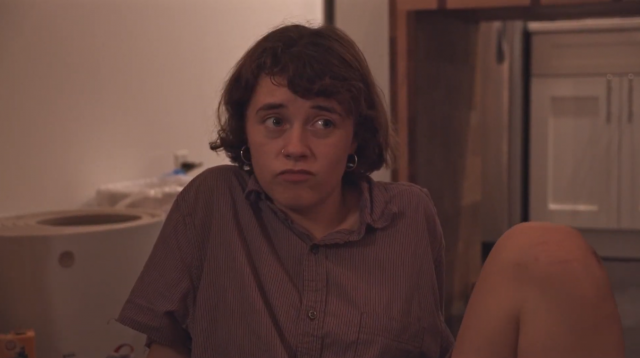 While the absence of a story can sometimes be a bad thing, the natural feeling cast makes it work here. Unfortunately, you never really get to learn too much about any of them. Yet, their interactions with one another feel genuine and will keep you interested. Tatiana Borie’s Rachel is likable and even relatable due to the fact that she seemingly hasn’t let fame go to her head. This is especially evident by her appreciative response to the ever-wonderful Timothy J. Cox as her jubilant fan. She questions whether her profession is what’s most important to her when most people would take the money and run. She’s not comfortable with leaving her friends and past life behind but she’s also unsure of giving up her dream. Sloan Pirie, Alex Leombruno, and Bradbury himself fit in very well as Rachel’s friends. They’re happy for her but also realize, in their current form, things aren’t the same as they once were. Regardless, they cherish their time with Rachel and make the most of it.

It’s also nice to see New York City appear almost as a character in the film. Just as Rachel misses her friends, she also states that she misses the city as well. With Bradbury’s focus on cozy apartments, riverwalk parks, and pleasant evening city skylines, it’s not hard to understand why. Many films focus on the more seedy parts of big cities but that’s not the case in Rooftops. It makes city life look appealing and even inviting. Rachel’s meeting with Robert takes place in a more bustling neighborhood than the rest of the film but the background architecture makes you want to see more of it. Bradbury even intersperses some old footage of the city with his narrative just for good measure. As much as Rooftops looks at the relationships between its characters, it also feels something like a love letter to the city as well. Though, the constant usage of medium closeups does sometimes hamper the ability to fully appreciate some of the shots. 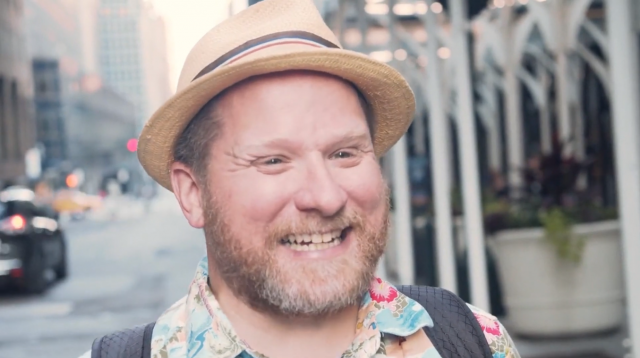 As touched upon previously, the biggest issue with Rooftops is its lack of plot. However, there are a lot of other little things about the film that hold it down as well. There’s a quasi-subplot revolving around a romantic relationship between two characters which, frankly, seems forced. It feels out of place as the two act just like normal friends prior to the reveal. Even if it was a little more natural, it’s hard to say if it would really add anything to the overall story anyway. Perhaps if the film was a feature length as opposed to a short, this idea could’ve been given more time to develop. In the confines of twelve minutes, it just didn’t get there. There’s also the issue of Rooftops mainly being a film about a group of friends talking about nothing all that important. This is a double edged sword as it helps add to the realism but it may also leave you wondering what the point of all this is.

As a brief twelve minute film about friends getting together, Rooftops still should resonate with people despite some of its issues. Upon reminiscing with old friends, people often relive the good old days while also navigating through the awkwardness that comes from being apart. As people move on and live their lives, priorities and desires change. It’s not always intentional but that’s just how life works. Bruce C. Bradbury III and co-screenwriter Zavier Henderson appear to understand this but remain on the positive side of things. There’s a sense of hope that maybe people can reclaim some of the things missing in their lives. While maybe easier said than done, Rooftops is a film that still makes it feel possible to achieve such aspirations.