If you’ve worked pretty much anywhere, chances are that you have some horror stories about fellow coworkers. People differ greatly from one another and, even if you share some common traits, it’s likely that two people will still end up having many differences. It’s inevitable that spending a lot of time around others will have you noticing their strange habits, quirks, and behavior. This is something that’s explored heavily in Chase Pearson’s new short film, The Jungle of Accounting. Though, Pearson’s film is played for laughs and, in that regard, is probably one of the funniest films we’ve seen all year.

The story is told through mockumentary narration by Mike Drew with the elder Charles (Ray Bergen) and Maryanne Bailey (Kathy McCort) relaying their difficulties as a small accounting firm in the 1980’s. Kind and humble, the Baileys can’t seem to find an appropriate and “normal” assistant to aid them during the busy tax season. The film cuts to flashbacks of the time period where the younger Charles (Timothy J. Cox) and Maryanne (Colleen Sproull) deal with the problems that arise from their rebellious assistants. They encounter things like Jimmy Doyle’s (Erin Patrick Miller) smelly sweater, Amy Schwartz’s (Kate McGarrigle) one-upmanship, and Susan Truby’s (Maryann Lonergan) personal problems as they try to run a stable small business. With none of the assistants panning out in the long term, the Baileys believe they may have finally found the one in the present day with Rebecca Simon (Coco Conroy).

The Jungle of Accounting is one of those films that’s simple, yet effective, from start to finish. While the title may turn some viewers off, know that the film isn’t the least bit about accounting. It’s all about the Baileys finding good help in a time of need. Frankly, this is something that any small business owner can relate to especially in modern society where so many people want to do less and make more money doing it. All workers should also be able to relate to the things we dislike about coworkers. Even when someone is actually a good worker, you still notice things about them that bother you. Obviously, Pearson’s film amplifies these issues for the sake of comedy but strangeness comes in all different forms so some of these things aren’t too far off from what one may experience in a real workplace. 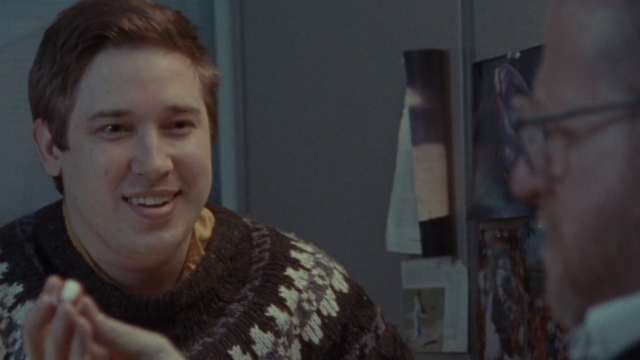 Pearson also finds a very unique look and feel for his sophomore effort. Of course, we’ve already mentioned the mockumentary style with an older couple relaying their issues as a small business in the 1980’s. The stern narration from Drew and the washed out color palette give The Jungle of Accounting almost a film noir type of feel despite the subject matter not following the same guidelines. Similarly, it has almost an old 1930’s/1940’s newsreel kind of flair to it. These are odd choices for comedy but they pay huge dividends here. The stylistic choices add so much to the absurdity of the Baileys’ situation by giving the film a serious facade even though the intention is to make viewers laugh. Pearson, with cinematography from Daniel Chang and production design by Lucy Shalders and Shannon Lyons, should be praised for their efforts on coming up with such a distinct visual style. The film even manages to impress with its music headlined by “The Lion Sleeps Tonight” which adds that extra something to the final product.

Another thing that makes The Jungle of Accounting so special is its wonderful cast. Every single acting talent in the film is on the same page as Pearson when it comes to the tone of the film. As the elder version of the Baileys, Ray Bergen and Kathy McCort are likable characters that you can sympathize with. Again, all they’re looking for is a good assistant without all the baggage their past assistants have brought with them. The younger version of the couple, played by Timothy J. Cox and Colleen Sproull, are also believable in the roles as they still have that likable blue collar quality of the older Baileys. Cox especially stands out as a source for a lot of comedy as his Charles is personable but tries (and fails) to circumvent these issues with the help. Speaking of which, Erin Patrick Miller, Kate McGarrigle, and Maryann Lonergan are all hilariously memorable for their respective downsides as employees of the Baileys in the 80’s. 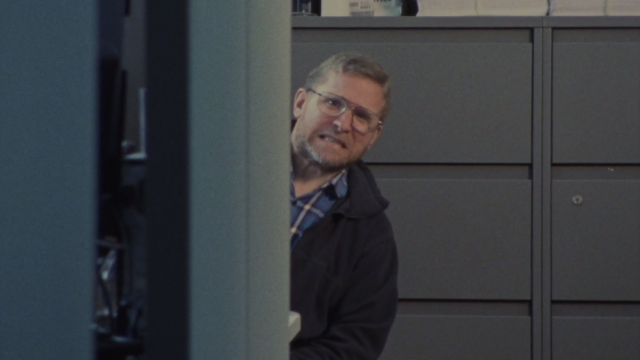 We can’t talk about the characters without mentioning the usage of comedy too. In The Jungle of Accounting, these things go hand in hand as the cast does some serious heavy lifting in relaying Pearson’s script. The humor is often dry as it strays away from slapstick and pop culture as many modern comedies go for. There’s a lot of situational and visual comedy too with props and facials doing a lot of the legwork. Again, Timothy J. Cox excels here as his version of Charles is on the front lines dealing with many of the accounting firm’s problems in a roundabout way. Sproull’s Maryanne comes about as close to a horror victim you can get in a comedy during her interactions with the also hilarious Erin Patrick Miller’s Jimmy. Perhaps the biggest standout scene is between Kate McGarrigle’s Amy, inexplicably donning an eyepatch, and Joan Shangold’s Mrs. Collins as the two try to one up each other with “war stories” about their difficult lives. As the cherry on top, viewers are treated to the amusing reaction from Cox’s Charles as well.

There’s not much else to say about Chase Pearson’s The Jungle of Accounting. It’s an absolute treat from start to finish. The film noir aesthetic, amazing cast, and nonstop laughs make the film a must watch especially for fans of dry comedy. Even though the film is meant to be comical, it will have viewers thinking about their own workplace and the nitpicky issues they have with coworkers. They may not reach some of the extremes of the Baileys’ former employees though. Regardless, The Jungle of Accounting is a short film that’s worth seeking out. You certainly won’t regret it.