If you think to when the show was in its infancy back in 2010, every episode was a must see. Viewers wanted to see main protagonist, Rick Grimes, find his family after waking up from a coma in the middle of a walker apocalypse. The design of the walkers and the gruesome special effects used didn’t often make it to television and were spectacles. Did the show do anything particularly new or innovative? Not really but it had characters you cared about and there was an actual storyline to follow.

The Walking Dead has become ridiculously stale. The first half of Season 6 was all about trying to lead a large horde of walkers away from the most recent sanctuary of Alexandria and the subsequent failure to do so. Seven episodes took place during the same drawn out event. There was also one random episode about Morgan’s rehabilitation thrown in to break up the first half of the season. The second half was a little bit better as it had a few tense episodes but still wasn’t anything we all haven’t seen before.

At this point, the list of likable characters is unbelievably low for a show that has always focused so much on how this group of people needs to rely on each other to survive. Rick continues to be the voice of reason of the group when he feels like it. We were finally treated to the potential death of Carl by a gunshot wound to the eye before it was brushed off as a minor injury and he was miraculously fine afterwards with no crippling side effects. We were teased by the very unlikely scenario of Glenn rolling under a dumpster to avoid being eaten alive by walkers after falling into a pack of them (an act that has spawned plenty of memes since). Morgan has become unbearable as the only character who doesn’t kill… except when he does. Carol, on the other hand, had a change of heart after being the character that would kill living people with knives and fire if she believed them to be a threat. Thank god for Daryl otherwise there wouldn’t be a single decent main character left. 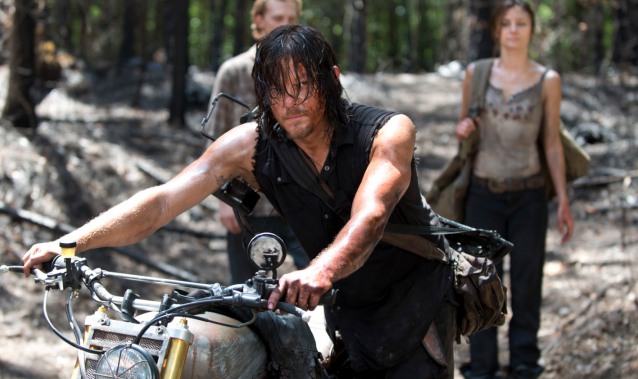 However, the lone bright spot of Season 6 was the introduction of Jeffrey Dean Morgan as Negan. The final episode where Rick, Carl, Abraham, Sasha, Aaron, and Eugene try to get Maggie to Hilltop after her pregnancy complications actually builds suspense (as a horror show should) and crescendos to the first appearance of the new villain. Unlike the Governor and the inhabitants of Terminus before him, Negan doesn’t have a good guy facade. He seems to embrace being a bad guy and he wants Rick to know it. There is a legitimate sense of fear from the characters after they are all dropped to their knees execution style to listen to his speech. The final moments where Negan bludgeons an unknown character to death with a barb wire bat are absolutely brutal and provides the huge cliffhanger ending that so many shows like to leave their viewers with.

So what is next for The Walking Dead? The group has overcome adversity plenty of times before but in the final episode of Season 6, they truly appear caught between a rock and a hard place. Negan’s gang seems to be smarter and more sinister than some of the previous villainous factions and are not driven as much by revenge. Sure, part of the reason they targeted Rick’s group was because of the slaughter of a big chunk of their men but Negan is allowing Rick and the others (sans one) to live. Negan wants to use them as a resource instead of a means for vengeance. Then again, there’s always the possibility that the showrunners could simply follow their previous formula and make Negan and his gang throwaway villains as they have done with others in the past. It would be a shame due to the anticipation of the new character by fans of the graphic novel but it would not be surprising in the least. 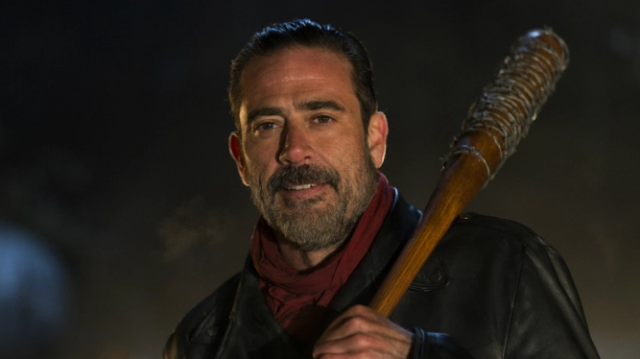 The gradual decline of the series began with the departure of showrunner/writer Frank Darabont. Darabont, better known for The Shawshank Redemption and The Green Mile, left The Walking Dead before the premiere of the second season despite writing the episode. Without Darabont, the show has tended to muddy itself into a series of unmemorable events bookended by a handful of quality episodes at the beginning and end of each season. AMC should really do away with splitting the seasons in half and instead cut out a few episodes. In doing so, they could invest more time into storytelling and character development as opposed to relying solely on shock value to keep fans interested. Take a look at other hugely popular television shows such as Game of Thrones and American Horror Story which run seasons of 10 and 13 episodes respectively. The Walking Dead’s overly long 16 episode seasons are suppressing the series and discounting the “must-see” approach of the inaugural season.

So what do all of you think? Does The Walking Dead do it for you? Are you sick of the seasons being long, drawn out messes or do you think the more Dead the better? Leave your comments below but please avoid spoilers from the comics for all those that haven’t read them.