What a long and strange trip it has been for the X-Men on the big screen. As one of the most popular superhero teams of all time, there was an obvious market for film adaptations of characters like Wolverine, Professor X, Magneto, Storm, and Cyclops. In fact, it was Bryan Singer’s X-Men that ignited the massive superhero craze that fans have experienced over the past twenty years. Somehow though, 20th Century Fox has sorely mismanaged their once dominant superhero group and the X-Men franchise has become a shell of its former self. There is no greater evidence of an uninventive and lackluster product than the newest, and last, X-Men film produced by Fox, Dark Phoenix.

Before delving into the film’s plot, let’s take a moment to revisit the timeline that spans across the films. Originally, there were three main X-Men films: 2000’s X-Men, 2003’s X2, and 2006’s X-Men: The Last Stand. From there, a planned group of spin-off films were in the works with 2009’s X-Men Origins: Wolverine being the first. As most of you already know, that film was an unmitigated disaster and plans for more films in the Origins series were scrapped. 2011 saw the release of X-Men: First Class. The film acted as the first in a reboot/prequel string of sequels after the critical failure of both The Last Stand and Origins. For the most part, First Class got the group back on track with a great cast and opened up all kinds of new directions to go with the franchise. After this came another standalone film titled The Wolverine which fared better than Origins overall. Then, X-Men: Days of Future Past hit theaters in 2014 and this is where X-Men really jumped the shark.

In all fairness, Days of Future Past was a fun movie and it’s arguably the best of the franchise (excluding the Deadpool films and 2017’s Logan). However, instead of further building on the positives of First Class and continuing in a new direction, Fox brought X-Men and X2 director Bryan Singer back into the fold. Singer and company decided to mash the casts of First Class and the original X-Men trilogy together to create a messy, time traveling snafu of a film with Days of Future Past. The events of this film would subsequently erase The Last Stand and muck up the timeline entirely. Again, it’s a solid superhero film on its own but this move became the eventual undoing of the entire franchise.

The next proper installment would be X-Men: Apocalypse, also directed by Singer, which hastily introduced new faces as previously seen mutants with very little character development. The plot was quickly glossed over and, overall, Apocalypse just felt a little out of its league after Marvel Studios changed the game so much with its shared superhero universe. Since the release of that film in 2016, Fox was purchased by Disney, which also owns Marvel, and it’s expected for Disney to do its own thing with the X-Men. However, a third sequel to First Class was already in the works prior to the sale. 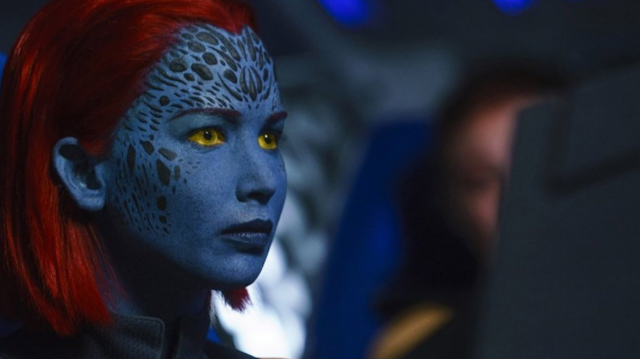 Unwilling to leave any astronaut behind, Jean is struck by the flare but, ultimately, absorbs its power. Soon, Jean is subjected to mental breakdowns and violent outbursts that make her a threat to her fellow X-Men. She flees from the X-Men following an outburst and seeks help from Erik Lensherr/Magneto (Michael Fassbender) before finding solace in a mysterious woman named Vuk (Jessica Chastain). Then, the search is on to locate Jean and harness her powers before she harms herself or anyone else.

As fans will already know, this isn’t the first time we’ve seen the Dark Phoenix storyline on film. Parts of the popular comic book arc were adapted into X-Men: The Last Stand. It’s sort of ironic that The Last Stand killed that string of X-Men films while Dark Phoenix is the final entry into the current line of sequels. Sadly, neither cinematic version of “The Dark Phoenix Saga” is any good either. Before we get into the film’s negatives though, let’s address the positive. The film has a good cast on paper. Now, that’s not to say that anyone necessarily does a great job. Though, Sophie Turner can be credited with a decent performance as Jean Grey while both James McAvoy and Michael Fassbender continue to be the appeal of the First Class era of films.

While it’s true that the names attached to the film inspire hope, their performances and characters do not. Some of this stems back to the nonsensical mutant gumbo cooked up in Days of Future Past. With multiple actors playing different versions of the same characters, both Apocalypse and Dark Phoenix somewhat rely on viewers already understanding relationships between characters. This is used as a substitute for quality storytelling. These new versions of Jean, Cyclops, Storm, and Nightcrawler don’t really have their own identities which makes it hard to really care about them in this film. In addition, characters we do care about are shafted throughout most of Dark Phoenix. Evan Peters as Quicksilver was one of the best things about Apocalypse and he’s hardly even seen. Jennifer Lawrence gives a surprisingly dull performance as Mystique while James McAvoy is nearly turned into a villain for his treatment of Jean and lack of physical action as an X-Men. In his defense, the poor man’s a paraplegic. 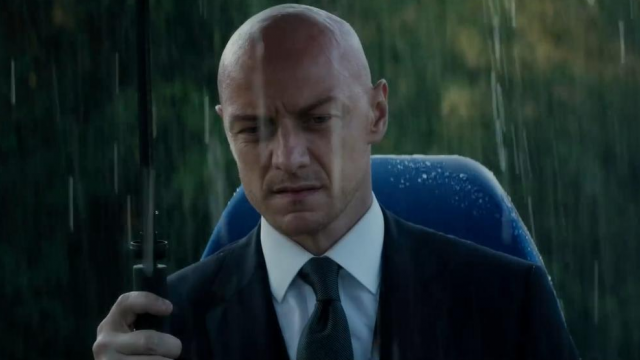 Honestly, it’s kind of difficult to come up with further criticisms of the film. It’s just so devoid of anything remotely interesting or attractive about the X-Men. In his directorial debut, longtime X-Men writer/producer Simon Kinberg cobbles together a mostly capable film. Yet, it’s so lifeless and bland that you’ll hardly remember anything significant about it moments after you leave the theater. Everything you need to know about Dark Phoenix can be seen in the film’s trailers. Seriously. Almost everything that happens in the film is either blatantly shown or alluded to in the trailer. There are no surprises, cliffhangers, or emotionally deep moments to pull from the film’s two hour runtime. There’s just nothing.

Frankly, Dark Phoenix might be the worst X-Men movie in general. It really depends on how you feel about films like X-Men: The Last Stand and X-Men Origins: Wolverine. It seems as if everyone knew that this would definitely be the last film before the X-Men were rebooted into the Marvel Cinematic Universe and no one’s heart was really into making Dark Phoenix. The most amusing part of the film is one specific tough guy line from Tye Sheridan’s Cyclops that’s so horribly cliched and overacted that it’ll actually make you laugh out loud. When all’s said and done, Dark Phoenix is a watchable film but it’s safe to question why anyone would even want to. It’s a dull and listless superhero film in a time when superhero films are at the top of their game. Hopefully, Marvel will finally swoop in to do a definitive version of the X-Men on film so we can all soon forget about the many missteps of Fox.