Independent horror films are almost always a bit of a toss up. The genre itself is often misunderstood but a frequent go-to for indie filmmakers looking to deliver cheap thrills. One of the reasons that films like Halloween, The Blair Witch Project, and Paranormal Activity delivered huge returns at the box office was because of their simplicity. In their “less is more” approach, viewers were brought on a ride that immediately snagged their attention and didn’t let up. Unfortunately, for every success story, there are countless lackluster titles released per year. With its overdeveloped plot and misguided storytelling, Gene Blalock’s new film, The Nightmare Gallery misses the mark despite its intrigue.

The film opens with Sanjay Ramdas (Rahul Parikh), a college student, discovering and inspecting an old manuscript. He calls his professor to tell her that he found the manuscript but mysteriously disappears shortly after making the call. The film picks up three years later with Professor Sam Rand (Amber Benson) receiving a package in the mail supposedly from the missing Sanjay. The contents of the package cause Sam to obsess over her missing student while she is led down a cryptic path complete with nightmares and other horrors. Aided by her wife, Dawn (Mieko Hillman), and new assistant, Chloe Bishop (Nichole Eberle), Sam attempts to finally solve the mystery behind Sanjay’s disappearance.

At first glance, the film’s plot seems pretty straightforward. In execution, however, it’s anything but. Jhon Harp and Rob Stith’s script for The Nightmare Gallery is often a winding and convoluted mess. Viewers will rarely understand what’s going on or what the character motivations are. So much of the plot is relayed through dialogue instead of actual discovery. This is one of those examples where the film would rather tell you what’s happening instead of showing you. It’s not that there wasn’t an interesting idea at the core of this film either. Tales of mystery and obsession are often prime content for horror. With The Nightmare Gallery, though, the whole point of the film never really comes across or gets its audience invested. 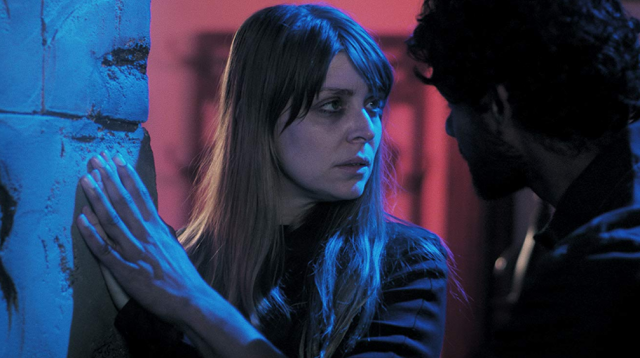 A lot of this really comes down to the poor storytelling in general. What mostly keeps you interested is the mysterious museum that Sam continuously finds herself in. That’s where the intrigue lies. However, the story keeps bringing viewers out of that world and back into their own where characters talk and yell at each other constantly. There’s also no sense of discovery left for the audience. In other investigative mysteries like The Ring, there’s a lot of nonverbal cues and repetition that allow viewers to uncover details along with the characters. In The Nightmare Gallery, you spend a lot of time watching Sam research on the internet. Instead of feeling like you’re on an ominous journey, watching Sam tinkering around on her computer is probably about as exhilarating as watching someone read a book.

The characters leave a lot to be desired as well and it isn’t necessarily the cast’s fault. Mostly everyone does a decent enough job acting. The problem is that none of the people in the film are really characters. You never really learn anything or relate to them in any way. Characters like Sam’s wife, Dawn, are just there for a false sense of emotional attachment. It’s just someone to feel sorry for. Amber Benson does the best she can with the lead role but, again, the story just isn’t there to make viewers care enough about the character or what happens to her. During more emotional scenes, there’s a lot of yelling and sometimes crying which always comes across as contrived. The film never reaches a point of true emotion and most of these scenes just seem melodramatic because of it. 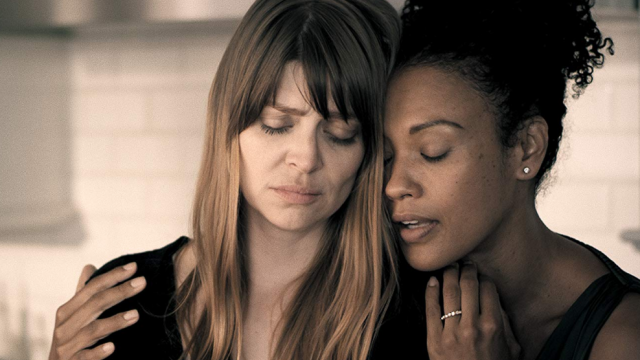 Now, not everything about The Nightmare Gallery is bad. Technically speaking, the film looks and sounds great. Michael O’Neill provides a solid original score for the film and the cinematography from Andria Chamberlin is excellent. The camerawork is sharp and professional looking. Many low budget horror films adopt the “found footage” style of filmmaking to mask deficiencies but, thankfully, The Nightmare Gallery sticks to a traditional style instead. The dreamily eerie aesthetic of Sam’s nightmare world is possibly the best thing about the entire film. As a viewer, you want to know more about this world and the secrets that it holds. While it’s unfortunate that you’re never really allowed to learn more, this may be an idea that Blalock and company could revisit in future projects.

The Nightmare Gallery isn’t going to escape with a positive review but there’s a foundation for something great here. Gene Blalock and his crew had a unique vision for this film but it just wasn’t able to translate past the messy story and nonexistent characters. Aesthetically and aurally, the film is very good. However, this story and how it’s told just didn’t work in general. Again, The Nightmare Gallery isn’t going to turn any heads for the right reasons but it’s a good jumping off point for the next project from those involved.

*The Nightmare Gallery is now available to watch for free for Amazon Prime members. Check out the trailer below.*