There’s something about perceived celebrity status that calls to the general public. When we’re able to link someone’s name with some kind of popular or important product, our minds seem to put those people on some kind of pedestal. This is especially true when there’s a chance of meeting a person with notoriety. In all honesty, it’s kind of strange how this occurs since, at the end of the day, we’re all just people. This very idea is tackled in Steve Blackwood’s newest comedy short film, Meet the Author.

The film sees Blackwood star as Marvin Bregman, an author who’s holding an autograph session at a local bookstore. It has been a few years since the release of Marvin’s first book and his hopes for a good turnout are dashed when his agent, Marnie (Pamela Jayne Morgan), may have made some mistakes in promoting the event. Nevertheless, a woman, Jennifer (Marty Smith), does show up for the signing. Though, she’s not necessarily there because of the quality of Marvin’s book as she believes the two could have a personal connection.

Initially, Meet the Author plays like a film about crazed fans. The introductory sequence features Blackwood’s Marvin reading an excerpt from his book as a crowd of women fawn over him and his words. While this ends up being fantasy, it influences viewer perception of where the film is headed. When we meet Marty Smith’s Jennifer and she fits into Marvin’s stereotype, the film has almost a James Caan/Kathy Bates vibe from Misery. It’s a good misdirection as the film quickly washes this idea away and becomes a story about people as opposed to the aforementioned obsession with perceived celebrity status. 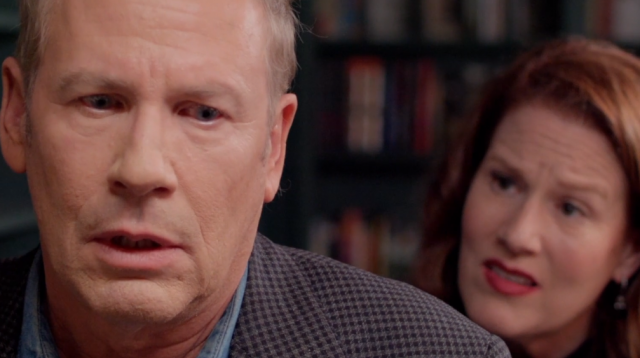 Meet the Author is very competently shot and directed. All of the scenes are crisp and feature some good camerawork that help relay the story. It feels as if the camera is always moving and, while that can sometimes be overwhelming, it works really well in the confines of this short film. The camera does a good job moving between different characters and giving them all moments to shine. The editing from Joseph D. Rivera is also very good. It’s perfectly crafted to tell the story of its characters while also using its cuts to emphasize comedy and emotion. Though, the same cannot be said for the film’s audio. While it’s mostly good, there are a few parts where the audio actually pops and distorts during some character dialogue. This could’ve been an issue with the film’s upload onto Vimeo. However, since that’s where/how the film was viewed, it should still be addressed.

The best parts about Meet the Author kind of go hand in hand. The first is the acting. In addition to directing and writing the screenplay, Steve Blackwood, who had an eight year stint on the long running soap opera, Days of our Lives, does a great job as Marvin. He conveys some good humor through his irritation with those around him. His reactions to his agent, Marnie, and eccentric fan, Jennifer, are perfect and bring levity to the story. A specific highlight is his reaction to Jennifer mentioning another writer not turning away fans. Speaking of Jennifer, Marty Smith is solid as well. At times, her performance gets a little wild but the more subdued and dramatic moments are the emotional backbone of the film. Pamela Jayne Morgan’s Marnie is quite possibly the best character despite limited screen time. There’s just something about her old school Hollywood vibe that’s electric onscreen and her relationship with Marvin is played to perfection. 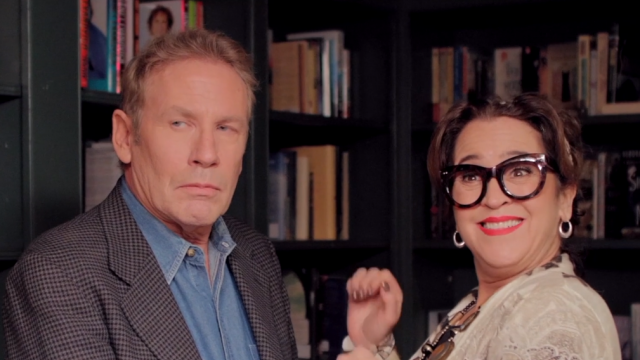 The other main highlight of Meet the Author is in its overall message. It’s kind of strange to be reviewing a film that focuses so heavily on critique and criticism of someone’s work but it provides solid commentary on the subject. Whether or not someone likes something you’ve created shouldn’t really matter. Again, at the end of the day, we’re all people with hobbies, careers, and passions. On a personal note, some people may not like or agree with a review or opinion on this site and that’s alright. You don’t have to like the newest Christopher Nolan film or Stephen King book just because you liked their previous work. It’s far too often that people get wrapped up in trying to tell others that they’re wrong or that their opinion isn’t valid. An opinion is just that. It’s an opinion. It’s great to see a film that embraces this idea and makes it more about the people involved as opposed to being a popularity contest.

Meet the Author is a funny, quirky, and even emotional little short film that has something important to say. Its nineteen minute runtime is a bit longer than some of the previously reviewed shorts on this site. Yet, it still flies by either way. At first, the tone is a little offbeat but, after you realize what Blackwood and company are going for, it becomes more digestible and a lot of fun. With Blackwood starring, directing, and penning the screenplay from a story by David Susman, Meet the Author feels like a sort of passion project. Due to its effective jokes, great performances, and its relevant message, this is a film that comes highly recommended.