Does anyone remember when Batman wasn’t taken seriously? How about when the character was given little to no chance of drawing money at the box office? It certainly has been quite a while. In recent years, fans have been treated to a definitive Batman trilogy, a growing animated library, a Lego version of the character, and even a cinematic universe largely structured around the rough past of the dark knight. Of course, we can’t forget the full fledged television prequel to Batman’s rise in Gotham City. On Monday night, Gotham Season 3 wrapped up on Fox and, even though its heart tends to be in the right place, the show cannot stop misfiring.

For those who may still be unfamiliar with the show, it’s set before the arrival of Batman in Gotham City. Detective James Gordon (Ben McKenzie) is the closest thing the show has to a protagonist as he tries to clean up the ever-chaotic streets of Gotham. We also get to see many of the classic Batman villains and how they come to be. While the first season only focused on Oswald Cobblepot AKA the Penguin (Robin Lord Taylor) and Edward Nygma AKA The Riddler (Cory Michael Smith) for the most part, these past two seasons have been cramming in every villain imaginable.

Gotham Season 3 is mostly a convoluted mess of ideas packed into a bloated 22 episode schedule. The season begins with Gordon as a bounty hunter. He shirks his police duties to capture the escaped inmates from Arkham Asylum from the Season 2 finale. Jervis Tetch/the Mad Hatter (Benedict Samuel) arrives and hires Gordon to find his sister, Alice (Naian Gonzalez Norvind). Alice’s blood contains a virus that’s eventually released upon Gotham to cause chaos. It causes its victims to become full of unstoppable rage.

Meanwhile, Oswald Cobblepot makes a successful run at becoming mayor of Gotham City with Ed Nygma by his side before the deterioration of their relationship, Dr. Lee Thompkins (Morena Baccarin) marries the son of Carmine Falcone, and Bruce Wayne’s doppelganger roams the streets. The real Bruce is abducted by the Court of Owls and trained to bury his past to be the savior of Gotham. As you can see, Gotham Season 3 is packed full of a lot of “stuff.” 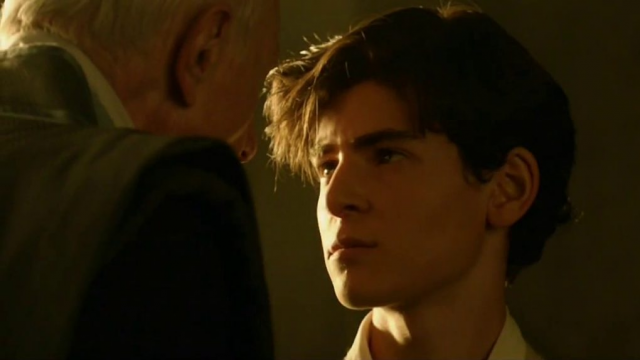 When we use the word, “stuff,” it’s not a good thing. There’s just too much going on for any of it to resonate. Jim Gordon is a vehicle to drag us through the neverending plot and nonsensical plans of our favorite villains. About a year ago, we predicted that Gotham would have to include Batman in its plans sooner rather than later. How can the show continue at its current pace with introducing villains without Batman to fight them? Sure, the young Bruce Wayne (David Mazouz) is a main character in the show, but it’s really not enough. There’s only so much that Gordon can do against them. They’re not his villains. Without spoiling too much, it does appear that the dark knight will make his Gotham debut though (finally).

The biggest issue with the show continues to be its 22 episode structure. The creative team for the show hasn’t seemed to figure out one central storyline able to keep viewers interested for the full run. The key plot element for Gotham Season 3 seems to be the Alice Tetch virus. Though, it goes through so many twists and turns over the course of the full season that you almost forget what exactly the characters are trying to do with it. It also doesn’t help how the episodes are released. The season started on September 19th, 2016 and aired weekly through the end of November. After a short break, the show came back for only three episodes in January before taking a three month hiatus ahead of its return at the end of April. How is anyone supposed to care about the show with an erratic release schedule like that? 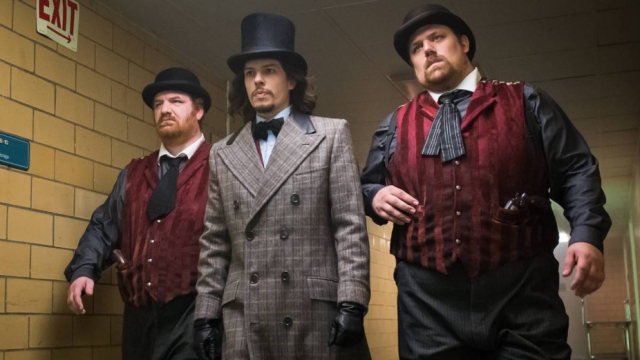 Regardless, it’s not all doom and gloom for the third season of Gotham. Robin Lord Taylor and Cory Michael Smith are still both great as early incarnations of the Penguin and Riddler. We even get to see Smith finally take on the persona. Though, his “Riddler voice” is a little too much at times and doesn’t fit the character. Camren Bicondova continues to impress as Selina Kyle and commands all of her scenes while newcomer Benedict Samuel is a nice addition as the Mad Hatter. Cameron Monaghan returns as the resurrected Jerome Valeska in the highlight of the season. Valeska, of course, is expected to become the Joker at some point. We’ve said before that there’s not much that’s new about Monaghan’s interpretation of the Clown Prince of Crime but he still puts in a good performance.

While Gotham Season 3 isn’t a flop by any means, the show still lacks a solid direction. In many instances, it seems like the showrunners are more interested in doing fan service than making a sound story. The fun of the show is to see which villains will turn up next and which Easter eggs will be dropped in the new episodes. It’s all just added fluff. Frankly, fans haven’t really been given a reason to care about what happens in Gotham.  The show is missing out on the meat of what makes the Batman universe so great. The problems with Gotham Season 3 are the same as they’ve been for the previous two seasons. A concise story is desperately needed and it wouldn’t be a surprise if the show met a premature end in the near future.