With the multitude of films that are released every year, sometimes one just falls through the cracks. Today, we’re reviewing Andrea Arnold’s Fish Tank just in case you missed it…

This week’s ICYMI Review is a different speed than the usual fare featured here. Andrea Arnold’s film, Fish Tank, isn’t necessarily about plot or character motivation. It’s about people and about life. It’s a film in which the audience is meant to experience a period of time in the life of a character and relate to it.

Independent films may often elicit a “love it or hate it” relationship with viewers. Sometimes they are difficult to watch due to the story (or lack thereof) and usually warrant some kind of interaction from an audience. Whereas a big budget action film will hold your hand through everything, indie films will let the viewer interpret ideas, meanings, and feelings from what they see. While this is not always the case with the “indie” term, it is definitely the case with Fish Tank.

The plot is kept pretty simple. The main character, Mia, played by first time actor Katie Jarvis, is a 15 year old aspiring hip-hop dancer living with her mother, Joanne (Kierston Wareing), and little sister, Tyler (Rebecca Griffiths), near London in a dingy housing project. Her mother brings home a mysterious new boyfriend named Conor, played by Michael Fassbender, who Mia frequently bonds and clashes with due to her temper. Actually, Mia tends to clash with mostly everyone in the film with only occasional bouts of kindness towards the other characters. Joanne is a big drinker and Tyler is a bit of a smart-mouth so it’s easy to understand the hostile nature of their relationships with one another. As the film progresses, the relationship between Mia and Conor changes and things get complicated to say the least. 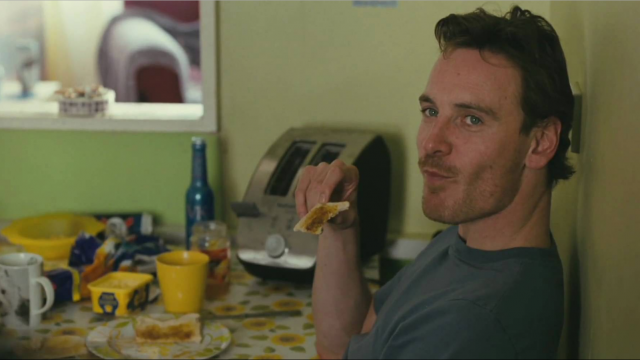 With that being said, Fish Tank is a somewhat uncomfortable film to watch. Even from the opening sequence where Mia is throwing rocks at a building, getting into an altercation with a group of other dancers, and coming across an emaciated horse owned by a questionable trio of brothers, her contentious attitude towards people in general makes for stressful viewing. There is always a form of tension that follows her and the other characters. As a viewer, you’re never quite sure what’s going to happen next. Of course, this all builds up and culminates with an unsettling climax.

The only times where issues are alleviated somewhat are during Mia’s dance scenes. There is little context to them within the plot as she’s not necessarily striving for anything per se, but dancing is a way for Mia to handle her stress and these scenes tend to have the same affect on a viewer as well. The writer/director, Arnold, fully embraced these scenes and there are a few heartfelt moments that feature nothing but music and dancing. 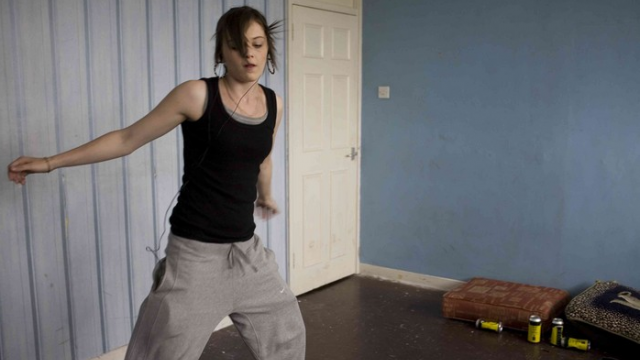 Fish Tank has been cited as a film influenced by British social realism due to its handling of things like sexuality and class issues. However, it also adopted traits of French New Wave and Dogme ’95 filmmaking. The camerawork is all handheld and it has a documentary feel to it. Basically, everything that happens on screen feels like it’s real life playing out as it should with dialogue, emotions, and events feeling as if they’re unscripted. If you’re used to standard Hollywood filmmaking techniques, this may be a bit jarring at first but shouldn’t be overly distracting. Another interesting thing to note is that all music comes from a source within the world of the film (AKA diegetic sound/music for you film studies folk out there). There aren’t any orchestral scores or songs played over any of the action in the film.

For those of you who have never dabbled into this type of independent cinema, Fish Tank could be a good test as to whether you’d like to venture further into this style of filmmaking. It’s not as polished looking as something like The Machinist or The Best Offer but it makes up for it in realism. The actions and emotions from Mia and Conor are constantly unnerving and you’ll always be waiting for the climax. If you don’t like this type of indie drama to begin with, Fish Tank probably won’t change your mind. What this film brings to the table, though, is a snapshot of real life and the imperfection of human beings. It is therein that lies Fish Tank’s heart and beauty.