With the multitude of films that are released every year, sometimes one just falls through the cracks. Today, we’re reviewing Severin Fiala and Veronika Franz’s Goodnight Mommy just in case you missed it…

Sometimes a good horror movie isn’t about jump scares, masked psychopaths, and gore. Horror can also be more of a cerebral genre as well. The usage of intellect and atmosphere is often more impressive than cramming a ton of blood and guts into a film. This is precisely the case with the 2014 Austrian horror film, Goodnight Mommy.

Written and directed by Severin Fiala and Veronika Franz, Goodnight Mommy is certainly not for everybody. Firstly, the dialogue is all in German which, unfortunately, will be a turn off for some. Also, for someone looking for nonstop terror, this film won’t provide that either. Goodnight Mommy simply establishes a mood and it builds to its proper crescendo as the events of the film run their course.

The plot is centered on twin boys named Lukas and Elias. These are the real first names of the actors who play them with the surname Schwartz. Their mother, played by Susanne Wuest, returns home with her face heavily bandaged from an accident. As the film continues, the boys suspect that the woman under the bandages is not their actual mother. The behavior of both the boys and their mother becomes more and more erratic before reaching the climax.

For the record, Goodnight Mommy is a slowly paced film. It doesn’t attempt to incessantly shock and disgust viewers to grab their attention. It starts off simple and ramps up the intensity as the story continues. The dialogue tends to be brief and straightforward and there isn’t a ton of emotion in the performances. However, it’s that astringent relationship between family members that is used to unnerve viewers. 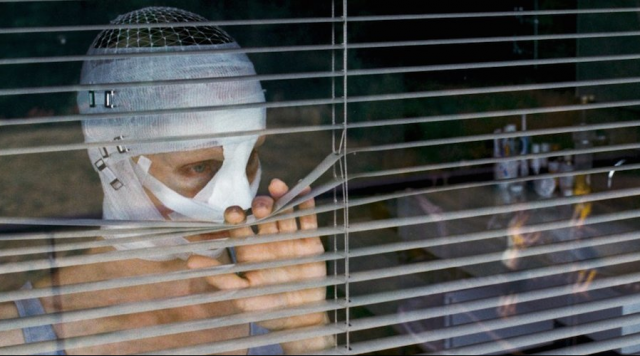 When the film starts, the image of the mother wrapped in bandages is creepy on its own. Her frigid interactions with her sons makes you uncomfortable and it’s easy to understand the twins’ skepticism. Like Lukas and Elias, you begin to feel like the mother is someone that must not be crossed. None of the things she does to them are that terrible but there appears to be an imminent threat waiting beneath those bandages.

The true turning point of the film is when the boys get their revenge on the mother. It feels similar to The Last House on the Left when the parents terrorize their daughter’s attackers. As they continue to be victimized, it’s only a matter of time before Lukas and Elias get their comeuppance. There are a few brief scenes that include some torture but, unlike many horror films these days, they’re not overdone. Yet, they’re unbelievably effective. There is a sense of reality to the things they do and nothing feels forced. These scenes are the most cringeworthy of the entire film and that’s definitely a good thing. 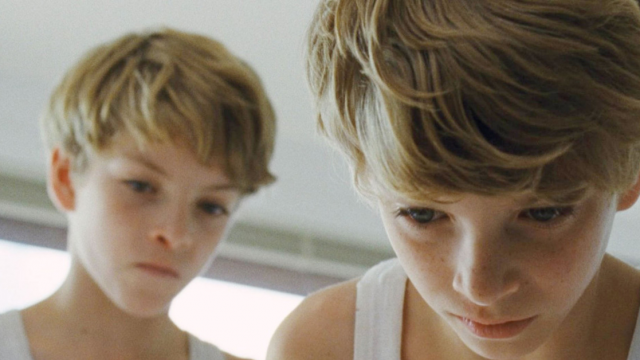 The performances of the three main actors are as emotionless and cold as the mother’s feelings toward her sons. It’s not often that a film can accomplish so much through so little. The heartless acting is what makes this a successful horror film. It would be easy to have the children cry or the mother scream. The filmmakers crafted Goodnight Mommy with the idea of less is more and it pays huge dividends. There’s no music present in the film either which is another standard horror trope.

It’s hard to talk extensively about the film without mentioning the ending. Since this is spoiler-free, just know that the ending is excellent. You want to watch the film again immediately after it ends. While it’s slow paced and meanders just a tad, Goodnight Mommy has far too many good traits. It’s a mixture of films like Misery, Changeling, and the aforementioned Last House on the Left.  It’s even a little bit like Hard Candy in that you’re not sure who’s telling the truth and the inciting incidents of each film aren’t shown onscreen. While it’s a different type of horror experience, it can be just as chilling as anything else out there. Don’t let Goodnight Mommy scare you off for being a foreign language film because its atmosphere is as good as anything in the genre.