With the multitude of films that are released every year, sometimes one just falls through the cracks. Today, we’re reviewing Mike Flanagan’s Hush just in case you missed it…

Cinema Smack’s In Case You Missed It feature is usually reserved for films that have been underrated or for ones that may not have gotten their due respect. This week’s featured film is a bit of a different story. Hush was released exclusively on Netflix on April 8th so it is only a week old. However, since it is a Netflix exclusive and didn’t receive as much promotion as other exclusives like The Ridiculous 6 or Pee-wee’s Big Holiday, it fits the parameters of ICYMI.

The overall plot is quite simple. Hush is a horror slasher film about a deaf-mute writer named Maddie, played by Kate Siegel, who lives alone in the middle of the woods. A masked killer soon discovers Maddie and he taunts and torments her from outside the house. While other home invasion films have been released in the past few years (i.e. The Purge, You’re Next, and The Strangers), Hush has more of a 1970’s horror vibe to it. It builds suspense and doesn’t feel the need to use a bunch of jump scares and excessive violence to shock viewers. The pacing is methodical and deliberate as are the killer’s actions. It is a true cat-and-mouse scenario where the killer acknowledges that he could get into the house at any time but he would rather stalk his victim as prey until he’s ready to finish the deed. 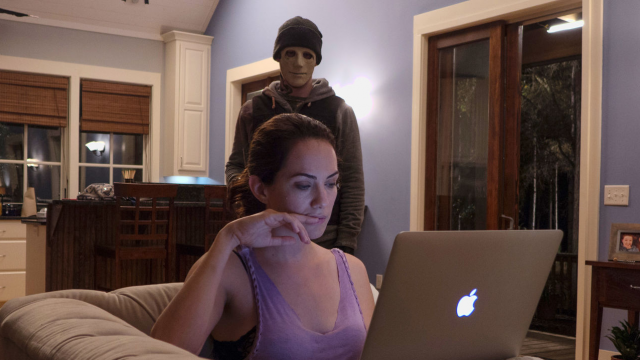 Hush does well to follow familiar horror tropes but also puts a real world spin on them. For instance, we’ve all seen the horror movies where some kids are stuck in the middle of nowhere and their cell phones don’t work. Ever since the emergence of cell phones, this has been a typical way to eliminate the ability for one of the characters to get help. In Hush, technology is dealt with in simple yet effective ways to explain Maddie’s inability to thwart her foe. It’s also typical of slasher films to have a silent faceless killer who can appear out of nowhere. While the film starts off this way, the killer does in fact reveal himself and Maddie is able to track his movements unlike most famous slasher villains.

Technically speaking, Hush is extremely impressive in its sound design. Although viewers follow mostly Maddie’s actions inside the house, the sounds that are heard are more attached to the killer. As a deaf character, Maddie isn’t aware of how loud she is but both the killer and audience are. Every sound that she makes is absolutely pivotal to her survival and her need to get the upper hand on the villain. Every step, every breath, and every bold action (i.e. opening a door or window) could be the difference between life or death. According to IMDb, there is less than 15 minutes of total dialogue in the film. Basically, it’s impossible to not hinge on even the quietest of sounds made. 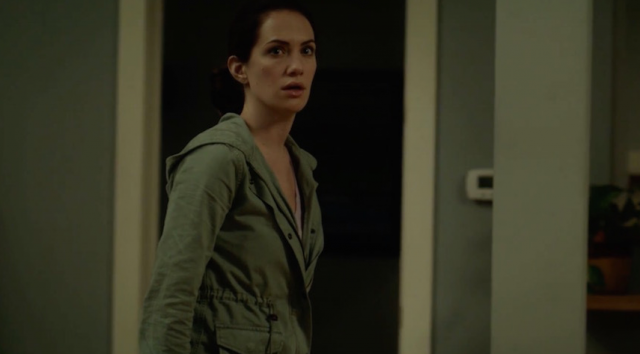 As previously mentioned, there is not a lot of physical violence in the film. The horror comes more from the psychological standpoint of predator versus prey. That being said, there are a few brief moments that are cringeworthy and not for the faint of heart. The psychology establishes the pacing of the film while also giving emotional weight to the violent scenes when they finally do occur.

As a whole, Hush is a quality slasher film in a day and age where that can’t be said very often. It leads viewers into familiar territory before throwing a curveball and changing the usual narrative. It has elements of John Carpenter’s Halloween where the villain is a nameless and (briefly) faceless killer whose motivation is unclear. It also channels The Last House on the Left with its psychology and brief moments of realistic violence. Finally, it hearkens back to Alfred Hitchcock’s legendary film, Psycho. The killer isn’t quite the sympathetic character that Norman Bates was but the level of voyeurism shared by each character is an obvious link between the two. If you’re into horror movies and specifically slashers, Hush is definitely worth a watch. It’s not the most original horror film out there but it does enough to feel fresh and keep you on the edge of your seat.