Ridley Scott. The visionary director of films like Blade Runner, Gladiator, and The Martian. He’s also the director of G.I. Jane, Hannibal, and The Counselor. Let’s face it people, despite some hits, Scott is one of the most overrated directors of all time. There’s no doubt that the man is capable of producing solid work. Yet, for every American Gangster, there’s an Exodus: Gods and Kings. Well, Ridley Scott is up to his old tricks with his proper return to the Alien franchise, Alien: Covenant.

After the huge misfire that was Prometheus, Scott openly stated that he got that film wrong. He underestimated the drawing power of H.R. Giger’s Xenomorphs from the rest of the franchise. With Prometheus, he tried to make a film that belonged to the Alien universe, without actually featuring the classic creatures. Needless to say, the film was not what many wanted and, five years later, here we are. Scott embraces the Xenomorphs once again and unleashed them upon the world this past weekend.

Alien: Covenant picks up ten years after the events of Prometheus. The crew of the colony ship, Covenant, awakes from stasis after a neutrino burst hits the ship. The android, Walter (Michael Fassbender), monitors the pods containing the crew and is unable to open the pod of the ship’s captain, Jake Branson (James Franco), who passes away. This forces Chris Oram (Billy Crudup) into the captain’s chair with Daniels (Katherine Waterston) as his second in command. Following the accident, the ship intercepts a radio transmission which leads them to a habitable planet that Oram hopes to colonize.

Things on the planet quickly go awry as two crew members are infected by airborne spores which lead to the introduction of neomorphs. The remaining crew finds refuge with David, an identical android to Walter, who crash landed on the planet along with Dr. Elizabeth Shaw (Noomi Rapace) following the events of Prometheus. The crew slowly discovers the secrets of the planet with the big payoff being the return of the Xenomorph. 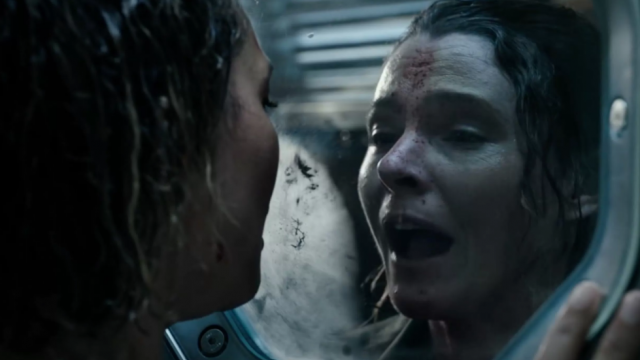 Following the fan backlash of Prometheus, Scott dropped his plans for its sequels to develop this film. Unfortunately, that’s exactly what Covenant feels like. It’s a sequel to Prometheus that was expedited to include aliens. The problem with this is that the two stories are inexplicably linked up solely for the sake of squeezing in the alien. While many hoped for a return to form for the franchise, Covenant merely feels like another lackluster installment with an overly complex plot that still doesn’t answer any questions from Prometheus while also failing to add anything of interest to the Alien timeline.

Katherine Waterston is the closest thing that this film has to a protagonist. Let’s put it this way, she doesn’t hold a candle to Sigourney Weaver’s Ripley from the other films. Scott attempts to make her relatable by way of losing her husband, Captain Branson. Any sympathy falls well short of expectations due to Waterston’s dry portrayal of Daniels. In addition, Billy Crudup’s Oram is a man of faith. Though, he only ever says this and it does nothing for the character or the plot. In all honesty, the only likable characters are Tennessee (Danny McBride) and Fassbender’s pair of androids. Of course, Michael Fassbender is brilliant in nearly every role he has ever had but is still unable to save Alien: Covenant. 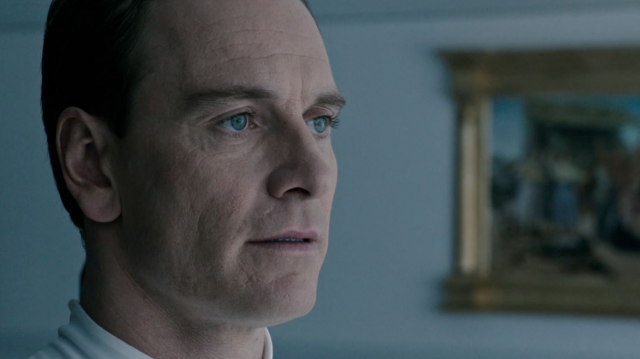 Is there anything else to like about this movie? Not really. Even the scenes featuring the Xenomorph can’t save you from the longest two hours of your life. There would’ve been some decent action if you’d actually be allowed to see any of it. Almost every action scene is so dark and shaky-cammed to death that it’s incomprehensible. On top of that, the CGI creatures are cringeworthy and don’t even come close to recreating the best effects from the original 1979 Alien. By the time Covenant begins to spotlight the Xenomorph, you’re ready for the movie to end and, frankly, don’t care about the payoff. It’s bewildering how the franchise’s creator made, possibly, the most boring Alien film to date.

Alien: Covenant is just trash. It’s technically sound but devoid of all substance. It’s rarely entertaining and doesn’t even follow any of the guidelines set within its own franchise. You can tell that Ridley Scott wanted to make Prometheus 2 but, instead, forced the Xenomorph back into action. If nothing else, it fits the Scott formula by feeling excruciatingly long despite its average runtime and being overly complicated with few results. The Alien franchise has been through the ringer throughout its history and it’s bewildering that its two best efforts, Alien and Aliens, are solid but flawed works themselves. Alien: Covenant does nothing to reinvigorate the series and should put its future in doubt as well.