As we’ve discussed many times on this site, superhero films continue to rake in cash hand over fist at the box office. Marvel’s newest film, Avengers: Endgame, has become the second highest grossing film of all time both domestically and worldwide. Meanwhile, DC has had back to back hits with 2018’s Aquaman and this year’s Shazam! While the two comic book giants duke it out, there are still other superhero films getting in on the party with varying degrees of success. This past weekend, audiences saw superheroes and horror clash with the release of Brightburn. As a Superman influenced origin story with a twist, Brightburn delivers plenty of intrigue away from household names but lacks a little overall.

On paper, the premise for the film has a lot going for it. This is especially true when you see that Guardians of the Galaxy writer/director James Gunn serves as a producer for Brightburn. The film is written by Gunn’s cousin, Mark, and brother, Brian. Obviously, Mark and Brian Gunn haven’t quite obtained the prestige that James has due to his time working with Marvel. Yet, the pair is credited for Journey 2: The Mysterious Island and its upcoming sequel along with some work in television.

Brightburn opens in 2006 where Kyle (David Denman) and Tori Breyer (Elizabeth Banks) are unable to have a child due to infertility issues. One night, an alien spaceship crash lands on their farm in Brightburn, Kansas with a baby inside. The Breyers choose to raise the baby as their own and name him Brandon. Twelve years later, Brandon (Jackson A. Dunn) is seemingly a normal boy who begins to go through some major changes following his twelfth birthday. As people are hurt and even killed, evidence suggests that something may be seriously wrong with Brandon.

From the very first trailer, it’s obvious that Brightburn is a spin on the origins of Superman. In this regard, the story isn’t overly original but its unique idea takes it in a direction worth exploring. The Breyers play the role of Jonathan and Martha Kent who do their best to raise Brandon. Whereas the young Clark Kent/Kal-El/Superman is driven to do good, Brandon is inherently evil. Brandon even has similar powers as his heroic counterpart. Of course, Brightburn is not set in the DC Universe or anything like that. The film plays out more like an experiment in superhero filmmaking than actually being a true superhero film. Again though, the film is an intriguing idea in this day of tiresome do-gooder origin stories. 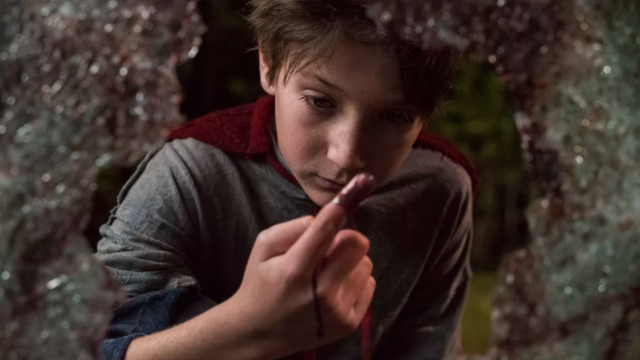 The film also does a relatively good job with its characters. Both David Denman and Elizabeth Banks are rock solid in their roles. There’s definitely a chemistry between them and they mostly feel like legitimately good parents to Brandon. There are plenty of instances where the warning signs are there for a troubled child but they basically ignore them. Though, this is more the script’s fault than the film’s cast. Denman’s Kyle especially gets raked through the mud as he’s the smartest person in the entire film but his wife never takes his side. Jackson A. Dunn is quite good as young Brandon. There are moments where he shows vulnerability and others where he completely disregards the concept of life. Often, child actors can be hit or miss, especially in horror, but Dunn is a good fit overall for this film.

Tonally, Brightburn is a bit of a mess to the point that it almost seems like two different films. On one hand, you have a family drama of an adopted child failing to connect with life on Earth. The film frequently suggests puberty as a reason for Brandon’s hostility towards his parents and others. This is mostly basic stuff that works in plenty of coming-of-age films. Then, you have the horror side and, yes, Brightburn is a horror film. There are some absolutely brutal deaths and some really good gore throughout. Yet, it feels like the filmmakers couldn’t decide which direction they wanted to take for their superhero tale. Both the dramatic and the horror routes had potential. Instead of choosing just one, Brightburn goes for everything and it suffers because of it. 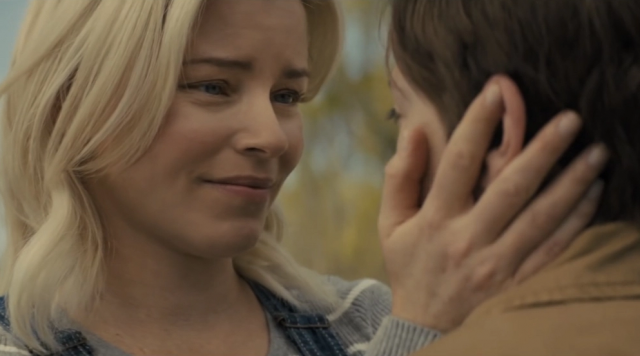 Because of this, there are a lot of missed opportunities in the film’s story. Everything just sort of lacks substance. Again, the family aspect of the film is what makes everything tick. The relationships between Brandon, Kyle, and Tori are done relatively well. Though, there are other parts of the film that just don’t really go anywhere. Brandon has a crush on Caitlyn (Emmie Hunter), a girl from school who he injures. He visits her a few times in the film but nothing ever happens with her character. Similarly, Brandon hears voices which lead him to a locked trapdoor in his family’s barn. Do the voices have control over Brandon and force him to do vile things? Does Brandon actually want to use his powers for good instead? This idea is touched upon extremely briefly before never being brought up again. There are ideas all over the story of Brightburn but that’s all they ever amount to be. They’re passing fascinations that end up being ignored for spectacle.

Overall, Brightburn gets a pass but just barely. There are just too many half baked ideas and not enough substance to amount to anything memorable. The film’s main draw was that it’s an inverse Superman origin story. Well, that’s basically what it is and there doesn’t really seem to be anywhere else to go with it. The film will probably be remembered more for that than for any of its own ideas. If you’re a superhero fan, you may like Brightburn but, again, this is a horror film. It will probably find a more accepting market among horror fans than anyone else. Its brutal kills and gore alone are at least worth a watch.