Green is right. Room is right. With all of these blockbusters hitting theaters recently, it’s about time to check out a film that could use a little added hype. Jeremy Saulnier’s, Green Room, is a smart horror/thriller that isn’t cheapened by a massive body count or supernatural beings. It is brutally realistic and not necessarily for the faint of heart.

Green Room is director Jeremy Saulnier’s third film and it follows the critically acclaimed, Blue Ruin. Blue Ruin was funded through a Kickstarter campaign and it seems that Saulnier is doing his best to make good on his fan-driven success. While Green Room isn’t a perfect film, it does a lot of things right and should provide more opportunities for the director in the future.

The plot follows four individuals collectively known as The Ain’t Rights (or Aren’t Rights, depending on who you ask). They’re a punk band that travels to play a gig that ends up falling through. Instead, the promoter directs them to a neo-Nazi skinhead venue where his cousin can get them another paying gig. After playing their show, they get their money and as soon as they’re about to take their leave, one of the band members, Sam, witnesses a murder. From here, the skinheads keep the band from leaving and things begin to escalate. 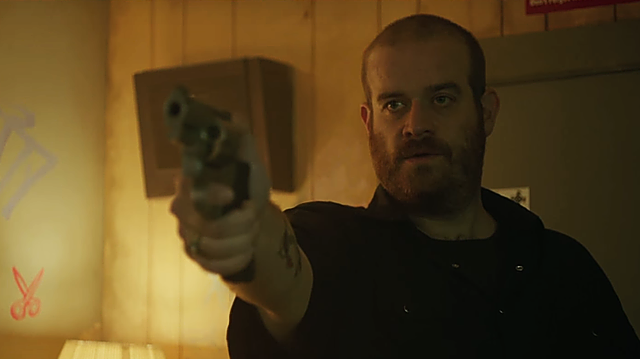 For much of the film, the band is confined to the green room, a room where bands usually hang out when they’re not performing on stage. The film does have an overall green hue to it so the title can be taken a bit literal as well. The location suits the plot as it can make the viewer feel the claustrophobia that the characters experience while trying to escape the venue with their lives.

The cast consists of mostly unknown actors. Anton Yelchin (Terminator Salvation and the recent Star Trek films) and Alia Shawkat (Arrested Development) as Pat and Sam respectively are the most noteworthy of the young stars. Patrick Stewart plays the villain, Darcy, and is surprisingly underwhelming in this film. His acting isn’t bad but sometimes it just feels like he’s simply there for star power. All of the young, unfamiliar actors are very convincing in their roles and Stewart just feels like the odd man out. It might be because he is just too likable in general to play a menacing villain. 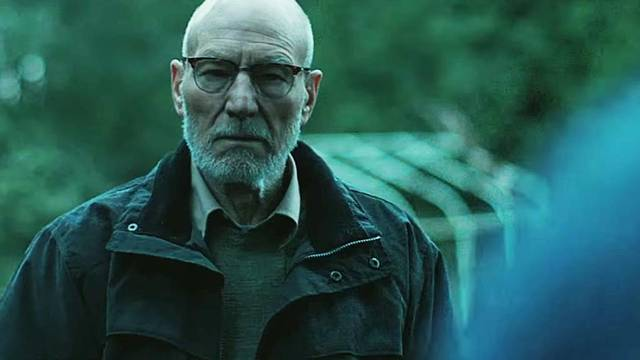 Although Green Room is mostly a horror film, it’s not overly “scary” per se. The violence in the film can, at times, be ruthless and shocking. None of it is overly stylized or excessively gory as it would be in a Saw film. However, there still is a little bit of gore. Only one scene comes to mind where the blood (and guts) feels a tad unnecessary. Ultimately, it’s not all that distracting from the rest of the film though.

While Green Room should be lauded for the things it does well, there are a few times where it falters. As easy as it is to understand the severity of the situation and how desperation begins to affect the band, the final payoff is lacking. Without ruining too much, there’s a point in the film where the plot turns into something out of First Blood. For all of the slow building suspense in the first half of the film, this turn is quite jarring and upsets the flow a little. Also, sometimes it’s just hard to understand the motivation behind Darcy’s plan to eradicate the members of the band. There is a brief subplot that is introduced that could’ve shed some more light on this but ultimately it never really goes anywhere.

Green Room isn’t a perfect film nor is it a severely flawed one. It falls somewhere right about in the middle. There is truly a lot to like and it doesn’t feel like anything else out there at the moment. It has the right amount of suspense and drama while also throwing some genuine horror elements into the mix. Every death means something and should have an effect on the audience. In conclusion, if you like thrillers, horror films, or edgy dramas give this one a shot. Green Room is a maliciously ugly piece of cinema that will torment and shock you and that’s when it’s at its best.