It’s not often that a horror film comes out and has a unique, original premise. So many times aspects of horror are recycled and regurgitated but fail to impress. It’s always refreshing, then, when a film does do something differently. With director David F. Sandberg’s first feature length film, Lights Out, there is an original idea that should hit home with mostly everyone: the fear of the dark.

Written by Eric Heisserer (A Nightmare on Elm Street, Final Destination 5, The Thing) and produced by James Wan (Saw, Insidious, The Conjuring), Lights Out is based off of Sandberg’s three minute short film of the same name. At one time or another, nearly everyone has been scared of the dark. Whether it was as a child or it continues to persist into adulthood, we always fear what we can’t see or perceive.

The plot follows the members of a dysfunctional family that is terrorized by a woman who only appears in the dark. The woman, whose name is revealed to be Diana, mostly communicates with the mother, Sophie (Maria Bello), while haunting Sophie’s two children. Her son, Martin (Gabriel Bateman), is the biggest victim of Diana’s actions but her daughter, Rebecca (Teresa Palmer), is eventually tormented as well. Alexander DiPersia also stars as Rebecca’s unofficial boyfriend, Bret. 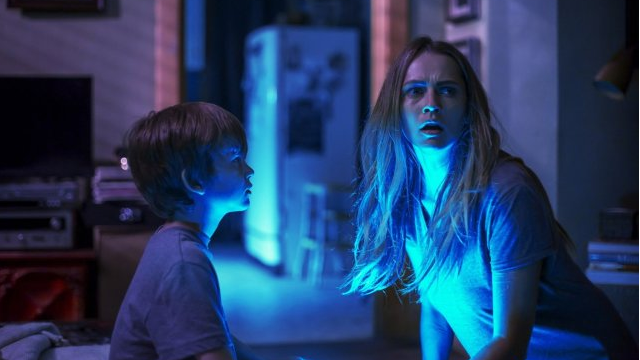 Perhaps the best thing about Lights Out are the special effects. Sandberg relied mostly on practical effects and realistic lighting to achieve the stylized look of the film. There is an eerie feel to the film as the scenes are often shrouded in darkness which causes Diana to appear or, oppositely, disappear if any light seeps into her location. The filmmakers use clever sources of limited light (i.e. a blinking neon sign outside a window, flashes from a gunshot) to increase tension for the viewers.

Unfortunately, though, that is about where the praise ends for Lights Out. While the idea behind the film is great and the shots are pretty, the rest just feels clunky. The short film was very simple and effective. It was so effective that Sandberg essentially replicated the short in the introduction to the feature length version. It feels like Sandberg tried to do a little too much with the plot and it doesn’t totally pan out.

What isn’t effective about Lights Out is its script. As a director who has previously only dealt with short films, it definitely shows. The script constantly meanders in between its effective scare scenes. It also does a lot of “telling” as opposed to “showing.” At one point, we learn the history of Diana and instead of showing how it happens or cleverly explaining her origin within the context of the film, the Rebecca character straight up tells another character. It’s as if she picked up a book and read it directly from the pages. It’s not subtle or blended into the action whatsoever. There may as well have been a box that pops up on the screen for the audience to simply read themselves. 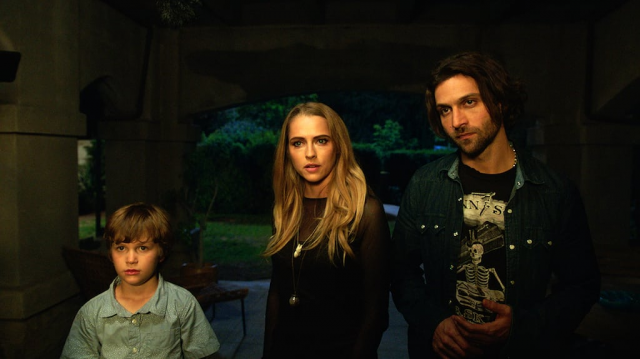 Another maddening thing about the film is that it doesn’t like to follow its own rules. Diana supposedly disappears the second any light touches her. The film shows this over and over. However, when it’s beneficial to the characters, all of a sudden Diana can be exposed by light. Without spoiling anything, there is a brief explanation of a type of light that she can be seen in. Immediately after this, though, Martin shines Diana with a regular flashlight and she doesn’t disappear. After building up this whole idea, it’s astounding that the filmmakers got lazy during the climax and didn’t abide by their own guidelines. Essentially, it’s lazy filmmaking.

When all is said and done, Lights Out isn’t going to turn the horror genre on its head. It was a refreshing idea that had a satisfactory level of execution but fell victim to its own devices. What’s even more surprising is its runtime. The film clocks in at a brief 81 minutes yet feels like it’s at least two hours long. The constant bland dialogue and naked exposition being explained by the characters really hurts the film overall. For all of the good things that Lights Out does, it falls flat as it basically feels incomplete and unpolished. It’s not the worst horror movie ever made as its scares are definitely enjoyable. This is simply a movie that needed more time and effort dedicated to it to maximize its total potential.