Life is often full of twists and turns but some things always remain constant. Grass is green, the sky is blue, and  John Rambo is good at killing people. When you go into a movie like Rambo: Last Blood, you should already know what to expect from it. However, it’s kind of perplexing when you’re sitting there watching the film and it’s actually not at all what you expected. In the case of Last Blood, this isn’t necessarily a bad thing but it’s a very different Rambo film than anticipated.

It has been eleven years since the character of Rambo has hit movie theaters. We won’t spend a lot of time discussing the history of the character as we already did that earlier this week here. During Rambo’s last go-round, the former Green Beret was in Burma mowing down waves of ruthless infantry soldiers while trying to save a group of missionaries. Before that, Rambo was seen slaughtering people in Vietnam and Afghanistan after surviving a manhunt from local police officers in First Blood. Basically, Rambo does his killing away from home throughout the series. He’s a total war machine and if someone has an ideological problem, Rambo is there to solve it… with bloodshed.

This film veers slightly from the norm though. There has been a lot of stop and go in the production of a fifth installment. In 2010, Sylvester Stallone declared that he was done with the character but, obviously, that’s not the case. Stallone and original creator David Morrell took a crack at an emotionally heavy story for the character but the studio opted for something different. Ultimately, Stallone co-wrote the screenplay with Matthew Cirulnick in its present form and it enters new territory for the character.

In a surprising twist, Rambo: Last Blood picks up with the titular character, played by Sylvester Stallone, living a quiet life raising horses with his niece, Gabrielle (Yvette Monreal), and her grandmother, Maria (Adriana Barraza). Gabrielle insists on meeting with her birth father after her friend, Jezel (Fenessa Pineda), locates him in Mexico.  Having raised her like a daughter, Rambo pleads with her not to speak with him. Against his wishes, Gabrielle drives to Mexico anyway but ends up being drugged and kidnapped. This leads Rambo on a path of vengeance to recover his niece. Along the way, he meets Carmen Delgado (Paz Vega), a woman who assists him while also searching for answers of her own. 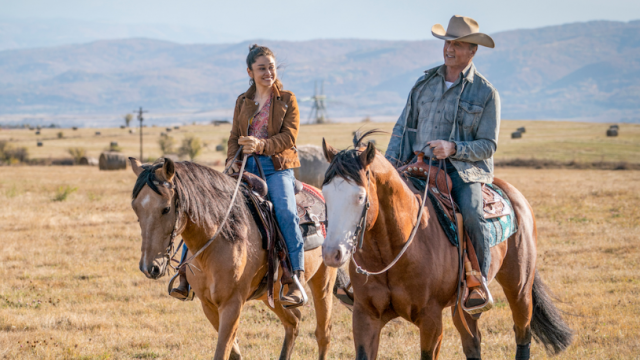 The plot itself is kind of the biggest issue with Last Blood overall. It’s not a bad story but there are a few problems with it. The first is that this film banks on a relationship that fans have never seen before. Throughout the previous four films, the character of Rambo is always shown as a man with seemingly nothing to live for. All of his friends are dead and there’s never any family to speak of. Here, he all of a sudden has a purpose and family. At the end of 2008’s Rambo, he goes to visit his father. It’s fair to wonder why that story wasn’t spotlighted more in this followup. That being said, Rambo does have a touching relationship with his niece and it works for the film. However, this is a Rambo movie. The whole Mexican border war/kidnapping storyline is a little out of place. Overall, the film combines the kidnapping from Taken with the booby traps from Home Alone. Again, all of this works enough but it just doesn’t feel like Rambo.

Luckily though, things do eventually pick up. When it comes to violence, Last Blood may not take top honors but it’s pretty close. There are some brutal, brutal kills throughout the film. There are some parts that are downright uncomfortable to watch. Early feedback has many people taken aback and/or offended by the violence in the film. That may be a bit extreme given the reputation of the franchise and especially the previous film. If you go to a Rambo film not expecting to see depictions of extreme violence, then you don’t know anything about the character. Even First Blood had some vicious scenes even though much of the action may be tame by today’s standards. Yes, there are some queasy scenes but that’s to be expected. Not to mention, they’re all done very effectively and the violence doesn’t feel excessive because of what the character suffers through. 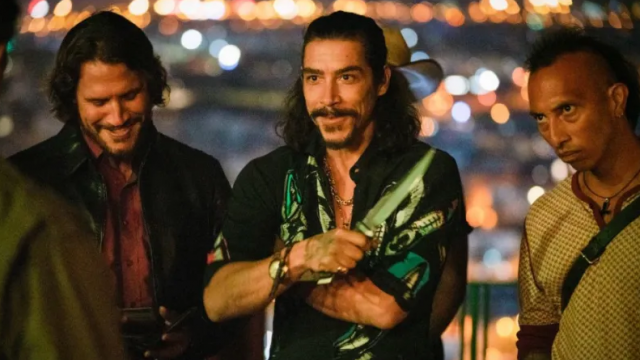 The main highlight of the film, as always, is Sylvester Stallone as John Rambo. In all of his roles, Sly is such a likable and sympathetic character despite his tough guy persona. There’s an emotional depth to him and that’s a credit to the actor. It’d be easy for Rambo to be a bloodthirsty maniac but Stallone offers complexity and reason with his performance. He doesn’t want to kill but he’ll never shy away from it if he thinks someone is in the wrong. It’s crazy to think that, even in his 70’s, Stallone is still playing characters like Rocky Balboa and John Rambo. In a lot of ways, he’s even better than ever as he uses the effect of aging as a chink in the armor of his characters as well. Of all the token 80’s action stars, Stallone has proven himself to be in a class of his own as of late. If there’s any reason to see Last Blood, it’s him.

Like all of the Rambo films, we’ll keep this review short and sweet. If you like Sylvester Stallone or the character of Rambo, go see this movie. For newcomers or nonbelievers, Rambo: Last Blood isn’t going to change or sway your opinion of the franchise. In a nutshell, it’s Stallone drawing a line in the sand and deciding what’s right while racking up a body count. Sure, it offers up a little extra storytelling and emotional investment with Gabrielle. Let’s face it though, we’re all here to see Stallone as Rambo one last time. As soon as the killing starts, the rest is forgotten. When stacked up against the other films in the series, Rambo: Last Blood doesn’t quite reach the heights of the original First Blood or the 2008 film. It’s still certainly worth a watch for fans and a suitable ending for the character though.