Disney’s new live action adaptation of The Jungle Book is everything that it should be and more.

There’s a reason that Disney is one of the most successful companies in the world. They went out and acquired the rights to Marvel Entertainment and Lucasfilm. Since then, they have been pumping out a plethora of superhero films to much success along with releasing a massively entertaining and successful continuation of the Star Wars films with Star Wars: The Force Awakens.

It’s no surprise then that Disney has went back into their own history to give a facelift to one of their classic animated features: The Jungle Book. The Jungle Book was a collection of stories written by Rudyard Kipling that Disney adapted in 1967. The plot focuses on a young boy named Mowgli who was raised by wolves in the jungle. The villain is a tiger named Shere Khan who wants Mowgli dead. Along with Bagheera and Baloo, a black panther and bear respectively, Mowgli attempts to flee to a human village on the edge of the jungle.

The filmmakers did well to not deviate too far from the original animated Disney film with the plot as was done by Tim Burton and company in another big budget live action Disney remake in 2010’s Alice in Wonderland. Screenwriter Justin Marks and director Jon Favreau did change a few things from the animated film but they should not anger or confuse fans of the source material in a way that Alice in Wonderland did. 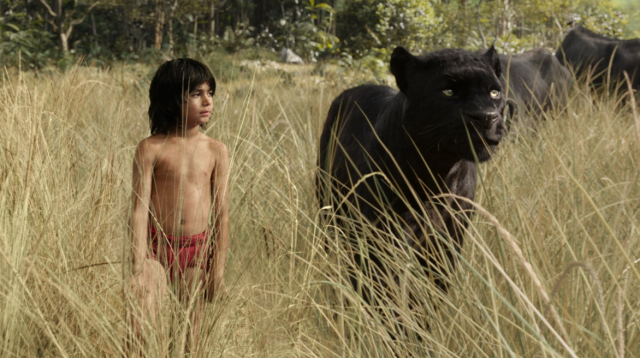 Disney assembled an absolutely stellar cast for The Jungle Book. Bill Murray as Baloo the bear, Sir Ben Kingsley as Bagheera the panther, Scarlett Johansson as Kaa the python, Christopher Walken as King Louie the orangutan (or gigantopithicus), and Idris Elba as Shere Khan are all fantastic in their voice acting roles. Honestly, you haven’t lived until you’ve heard Bill Murray sing “The Bare Necessities.” Also, Johansson as Kaa could hypnotize anyone with that voice. Possibly the most surprising of the cast though is young newcomer Neel Sethi as Mowgli. Child actors can really make or break a film sometimes but Sethi knocks it out of the park. His performance is very natural and he is believable in the role. Another thing to note is that there is only one other live actor in the entire film. Basically, Sethi was required to carry the movie himself (along with the CGI which we’ll get to) and he most certainly did.

The Jungle Book had some of the most impressive special effects and specifically CGI animal effects since Ang Lee’s Life of Pi. Pi came away with the Academy Award for Best Visual Effects in 2013 and it would be surprising if The Jungle Book wasn’t at least nominated for the 2017 Academy Awards in the same category. The animals in the film are stunning. Even when they speak, they feel like real tangible characters. Even more remarkable is the fact that the jungle itself is completely computer generated. The special effects team created an extraordinary world that feels full of life and shouldn’t distract viewers in any way. 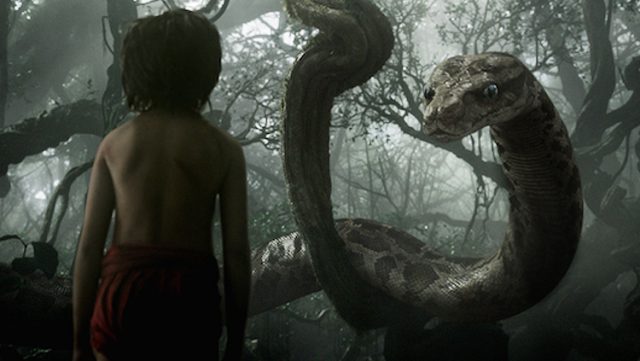 With The Jungle Book, Jon Favreau has certainly shown his range as a filmmaker. Whether he’s writing and/or directing comedies like Swingers, Elf, and Chef or creating big budget blockbusters like Iron Man and The Jungle Book, he has proven that he has the ability to turn his projects into gold. Favreau is a director that people need to keep their eyes on as it would be shocking if he isn’t eventually nominated for some awards down the road.

The Jungle Book is officially the first film to receive a five star rating from Cinema Smack. It’s just too well made and too much fun to be anything but. This is what remakes/reboots/reimaginings need to be. The filmmakers paid tribute to the works that came before while also creating their own essence and spirit. This live action adaptation isn’t an exact copy of the animated film from 1967 nor is it exactly like the Kipling stories. It is its own distinct product. It is the 2016 version of The Jungle Book and it should be praised as such. Sure, there is a built in audience for the material but even people who have never seen or read any previous interpretation of the story should enjoy the movie. The Jungle Book is a technically superb looking film with excellent performances from its young lead actor along with all of the amazing voice actors. Simply put, go see this film.

One Thought to “In Theaters Review: The Jungle Book”