Everyone has been in a scenario where they’ve tried to make a good first impression. You try to act confident and intelligent yet you end up jumbling your words and whatever you’re trying to say comes out all wrong. After all is said and done, you go through the event in your mind and come up with all the perfect things you could’ve said. Yorgos Lanthimos has captured this feeling perfectly with his first English speaking feature length film, The Lobster.

The plot follows a man named David (a nearly unrecognizable Colin Farrell) whose wife left him for another man. David arrives at a place aptly named The Hotel where single people are brought to find a partner. If a guest at The Hotel doesn’t find a match within 45 days, he/she is transformed into an animal.

If this sounds at all weird, it’s supposed to be. The Lobster is full of awkward interactions, forced connections between people, as well as bouts of deception. Ultimately, it’s a film about relationships while also being structured like one. It’s the ultimate non-horror horror movie in that living and dying alone is a common fear among all people as is trying to replace someone you cared about with someone new. It’s a poignant look at how individuals accept the joy, burden, and stress of dealing with another person to get through their own lives.

On the surface, the film is extremely dry. None of the characters ever really show that much emotion even if they are feeling happy, sad, angry, etc. and they are rarely even allowed real names in the story. Their names all come from a superficial quality (i.e. Biscuit Woman, Heartless Woman, Limping Man). All of the conversations between characters are kept short, to the point, and very contrived. Basically, every line of dialogue is used as a means to establish a relationship. There is no courtship or dating process. In the case of the couples at the hotel, they enter a partnership based solely on a unique trait or quirk that only the two of them share (i.e. recurrent bloody noses, shortsightedness, a limp). 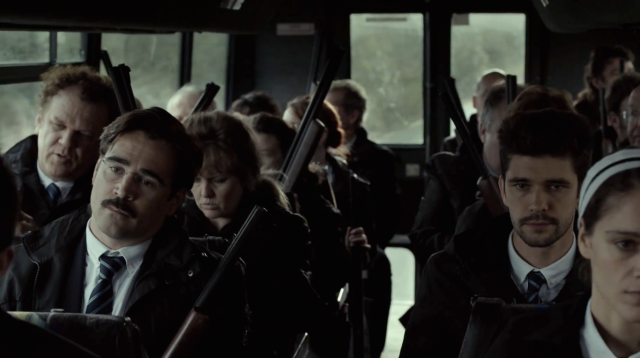 The brilliance behind The Lobster is certainly in its critiques of the lunacy of a relationship. The film cuts out all emotional attachment and breaks relationships right down to their fundamentals: the people involved. When David arrives at The Hotel so shortly after his marriage fails, you know that it’s absolutely ridiculous that he would try to replace his wife so quickly. However, so many people in the real world do this exact same thing. As soon as one relationship ends, they start another even if it isn’t the right thing to do at the time.

There’s another instance in which David starts a trial relationship with the Heartless Woman. Without spoiling anything, she commits an unspeakable act to get a reaction out of David. He tries to shrug it off but when he starts to cry, the Heartless Woman tries to bring David to the Hotel Manager to have him punished for building their relationship on the lie that he, too, was heartless. This sequence demonstrates how people will often tend to settle for someone that isn’t necessarily right for them and hide their true feelings from one another.

There is even a “friend zone” type of group called The Loners that lives in The Woods not far from The Hotel. Here, people are not allowed flirt or engage in sexual activity but are allowed to talk to one another. Since romance is strictly forbidden, of course, The Loners have problems with the guests from The Hotel who come to The Woods to tranquilize and catch Loners to increase their initial 45 day stay (one day per Loner caught). Again, this is an exaggerated take on how single people and couples view each other. There’s always that couple that tries to get an individual to date a mutual friend and there are always plenty of single people that are disgusted by the thought of being around certain types of couples. 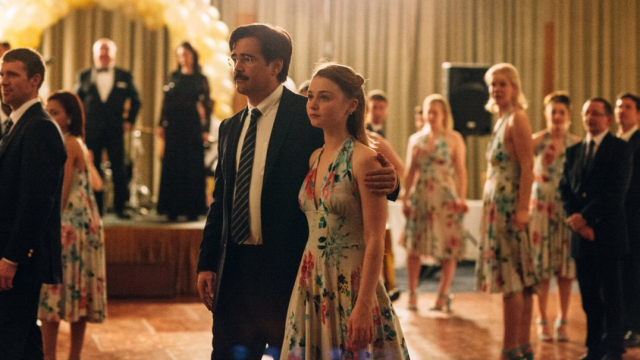 With all that being said, it should be quite obvious by now that The Lobster is different than most because it’s appeal is in its message. It’s not about the actors and actresses despite all of them being really great and having distinctly important roles to play. Rachel Weisz, Ben Whishaw, John C. Reilly, and a handful of other main characters each play their respective roles well and are able to physically embody stereotypical human traits.

The story itself is even relatively inconsequential. The real question behind everything is, “Why do people seek out love and why do so many let extraneous details get in the way of it?” Faux love isn’t a feeling. It’s a social status. There are so many examples in the world of people settling for what they can get just like the characters at The Hotel do. On the opposite end of the spectrum are The Loners. In the film, they’re the ones not looking for partners but, in all likelihood, are most likely to find love since they don’t focus on trivial shared details between people.

The Lobster is an existential conversation about relationships through the art of filmmaking. Director Yorgos Lanthimos crafts an oddly beautiful world that is as elegant as it is bleak. He calls to attention all the ridiculous expectations and ideals of a “successful” relationship and contrasts them with the concept that you don’t always need another person to make yourself happy. At one point, David says to John C. Reilly’s character, the Lisping Man, “It’s really nice to be on your own. There’s no one to tie you down. You listen to music whenever you like. You masturbate whenever you want. Go for walks whenever you like. Have a chat whenever you like. I don’t miss companionship at all.”

However, if you are able to find that one person who you’re truly compatible with, you should be able to adapt and coexist as individuals as opposed to becoming who your significant other wants you to be. Stylistically, this film may not be for everyone but it certainly has a message that everyone can relate to. It may not be as heart wrenching as something like Michel Gondry’s Eternal Sunshine of the Spotless Mind or as tender as Spike Jonze’s Her but The Lobster definitely has a heart of its own despite its emotionless facade.