Films about virtual reality can often be a difficult subject to navigate. For starters, rules need to be established for the virtual world as well as the real one. Then, the film and its characters actually have to abide by them. There also need to be some kind of consequences that carry over between the VR and real worlds. Films like The Matrix, Vanilla Sky, and Inception have tackled virtual worlds relatively well in the past but still not without criticism of their own. More recently, Yedidya Gorsetman’s new film, Empathy, Inc., tries its hand at telling a compelling story stemming from virtual reality and it succeeds… half of the time.

The film follows a venture capitalist named Joel (Zack Robidas) who hits rock bottom when the technology company he invested in reveals a scandal. Upon losing everything, Joel and his wife, Jessica (Kathy Searle), move in with Jessica’s parents. Joel then runs into Nicolaus (Eric Berryman), an old associate, who’s looking for an investor on a groundbreaking virtual reality experience dubbed Empathy, Inc. AKA XVR (Xtreme Virtual Reality). Joel convinces Jessica’s father, Ward (Fenton Lawless), to front the money to buy into the company before Joel insists he be allowed to try the technology. Joel is enamored with his experience that allows him to walk in the shoes of someone less fortunate so he may better appreciate his own life. Both Nicolaus and XVR inventor, Lester Cooper (Jay Klaitz), try to keep Joel at bay but his obsession and greed keeps leading him back. Soon, Joel finds out there may be something more sinister about XVR than he originally thought.

The idea of obsession over a supposed fantasy is nothing new. Films like Ready Player One and the aforementioned Inception have toyed with the idea that a virtual world may be more desirable than the real one. Similar to something like Westworld, XVR also allows people to do whatever they want whenever they want to do it. Though, Empathy, Inc. puts a spin on this idea as the goal of the tech is to show the upper crust how good they have it compared to the downtrodden of society. This is where Empathy, Inc.‘s intrigue comes from. As Joel’s world comes crashing down, he’s looking for a quick fix and sees an opportunity in XVR. In using the technology, he finds a freedom and lack of responsibility for his actions within the virtual world. Joel treats the world as his play thing and comes out of each session reinvigorated despite not entirely trying to better himself. 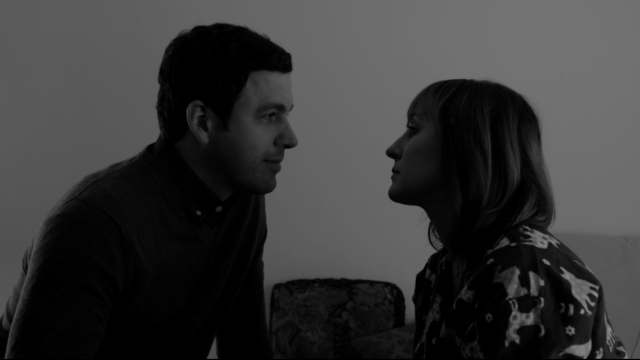 The film does a great job of handling the mystery of the virtual reality experience. There are so many questions as to how it works. What are the simulations the user experiences? What are the limitations? Joel is briefed by Lester who gives him specific rules to abide by upon going into his first experience. Of course, in classic movie fashion, Joel does not respect them as he deliberately opens doors and looks into mirrors despite being instructed not to. Along with some of the previously mentioned films due to its question of reality, the film also feels like a mixture of something like Christopher Nolan’s Following, Darren Aronofsky’s Pi, and even a little bit like David Fincher’s The Game. This film has all the twists, turns, and misdirection of all three along with paranoia and black and white visuals of Following and Pi. Of course, there’s also the question of what’s real or illusion just as Fincher’s film.

The writing of the characters in Empathy, Inc. can be something of a mixed bag though. None of the actors in the film are bad but, as a viewer, you’re mostly left with no one to root for. Zack Robidas as Joel is actually really good and convincing. However, it’s difficult to actually take his side or feel like he evolves as a character throughout the film. As previously mentioned, he’s an obsessive and greedy individual who’s in conflict with others of the same ilk. He goes behind his wife’s back and swindles Ward out of his life savings even though she asks him not to. He shows blatant disregard for the rules and ignores Nicolaus’s request to stay away from the XVR tech. Everything that goes wrong in Joel’s life is his own doing and, while intentional, takes you out of the film at times. That being said, Jay Klaitz, Kathy Searle, and especially Eric Berryman handle their roles very well. Good acting can often disguise a film’s low budget and that’s certainly the case here. 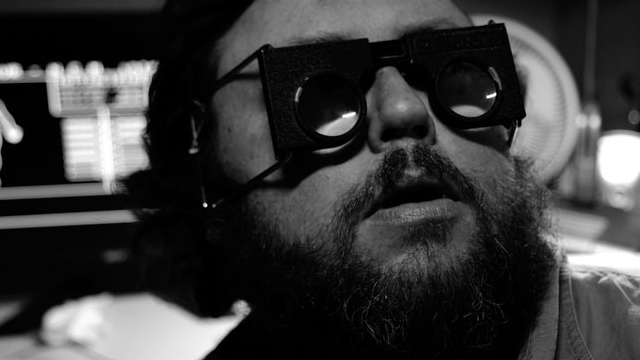 If there’s one issue that Empathy, Inc. cannot overcome, it’s the film’s pacing and inconsistencies. The film almost feels like a CliffsNotes version of the story with how quickly things move through the timeline. First, Joel loses his job so then he moves. Then, he runs into Nicolaus and, a few scenes later, invests a pile of money into XVR. There’s no real progression. It feels as if the film’s story takes course over the span of three days when it actually takes much, much longer. In addition, there are the inconsistencies that hamstring the overall experience. The rules on how XVR works are never fully explained. Since this is spoiler free, we can’t go into this too much here. The point is that it’s never really revealed how the VR world works nor how long users can remain in another body. It seems as if there should be some kind of limitations but there’s a convenience to the story. Whenever it’s convenient to gloss over an important detail, it has no problem keeping viewers in the dark. It’s also kind of strange that sometimes people have to be completely hooked up to the machine to experience XVR and sometimes they don’t. Again, convenience.

Empathy, Inc. feels like a film that has a good idea but questionable execution. It’s never boring to watch nor does it get too hokey. The overall story actually keeps you thinking and makes you want to see more. However, like the interpretation of XVR itself, there’s something about the experience that feels a bit underwhelming. The biggest takeaway of the film is its lack of rules and discipline. When exploring a subject like this, there have to be guidelines as to what the characters and story are allowed to do. Initially, the film seems to understand this but also forgets it when it’s most convenient. As it is, Empathy, Inc. is a perfectly watchable and even enjoyable film that, unfortunately, holds itself back from reaching its full potential.