We’ve talked about there being a lot of really great modern science fiction films quite frequently on this site. Titles like Ex Machina, Arrival, Blade Runner 2049, and Annihilation have all given genre fans some amazing experiences and talking points with their complex ideas and theories about technology, humanity, and the world. In the past few months alone, we’ve reviewed a handful of independent features with similar ideas as well. Films like Michael Bachochin’s Parallax, Brian Butler’s Friend of the World, and Brandon Slagle’s Attack of the Unknown all feature very different stories with something to say in regards to the aforementioned themes. Today, we have another new indie sci-fi film from writer/director Guy Moshe that does the same. Moshe’s LX 2048 is a bit busy in trying to cover a handful of topics but its commentary on humanity and the world we live in is its biggest selling point.

The film follows a fatally ill man named Adam Bird (James D’Aarcy) living in the year 2048 after the ozone layer has been depleted and the sun proves fatal to anyone who’s exposed to it. Unlike his estranged wife, Reena (Anna Brewster), his kids, and the majority of the population, Adam chooses to live in the real world as opposed to the virtual one that has become the norm. He holds onto antiquated behavior like physically going to work, albeit in full hazmat gear, and seeking actual human interaction. He also refuses to take his antidepressant Lithium X pill that’s an issued requirement among the population. Upon his death, Adam is scheduled to be replaced by a cloned upgrade of himself to raise his three children. However, he doesn’t see this as an acceptable solution and must do everything in his power to secure a better future for his family before his imminent demise.

Admittedly, this plot sounds pretty cool on paper. Unfortunately though, the overall story is far more muddled than the plot outline would have you believe. There’s a large focus on Adam’s failing heart and his inevitable death until there isn’t. That’s when the film starts focusing much more on the virtual reality world and Adam’s infatuation with his virtual mistress within it. With help from Delroy Lindo’s Donald Stein, it’s possible that Adam could get his beloved Maria (Gabrielle Cassi) out of the virtual world and into the real one. Yet, even that’s put on the backburner as a dialogue is struck on whether the clones created by the Premium 3 insurance program to replace humans are enhanced human beings or just biological robots.

There’s just so much science fiction “stuff” going on throughout LX 2048 that it’s sometimes hard to get fully invested in the film. It feels like so many different sci-fi plots all mashed into one. It’s a bit like 1984 or Equilibrium with its anti-conformity stance displayed through D’Arcy’s Adam. There’s also the virtual reality bits that play with the idea of a created world being more of a paradise than the real one as in something like The Matrix. Then finally, there’s the question of sustainable humanity. Something like Netflix’s Altered Carbon has seen characters transfer experiences and memories into new bodies like data on a hard drive after meeting their end. This is exactly what the Premium 3 program does here. Death is undefeated when it comes to human life but, in LX 2048, a person’s cloned body can go on living its subject’s life. When it comes to things like androids, cyborgs, machines, etcetera, living among the rest of the population, Ridley Scott’s sci-fi classic, Blade Runner, immediately comes to mind. Now, this isn’t to say that Moshe’s film blatantly rips off any of these other titles. It’s just that LX 2048 does a lot of things that most sci-fi fans have already seen in some capacity.

Yet, the film doesn’t entirely flounder as there are some very redeeming qualities. Firstly, it’s a very well put together and polished piece of indie cinema with everything looking and sounding great. Though, it’s the cast that really keeps the film moving along even during some of its more confusing or drawn out bits. James D’Aarcy is a solid leading man as the conflicted Adam. As in a lot of the aforementioned sci-fi flicks, Adam isn’t an action hero or savior. He’s just a normal person who wants normalcy in his life. This is something that everyone here in 2020 (perhaps the start of the downward spiral into 2048) can empathize with. Anna Brewster as Reena is also quite good. There are instances where she plays something of a villain putting constant hurdles in Adam’s way but viewers will also understand where she’s coming from as well. As he did in Spike Lee’s Da 5 Bloods earlier this year, it’s veteran actor Delroy Lindo that absolutely steals the show in LX 2048. He shows up briefly in a scene that kind of pushes the plot into a different direction but he brings an energy and gravitas to the film. Given his performances this year alone, Lindo is proving himself to be an invaluable talent late in his career. 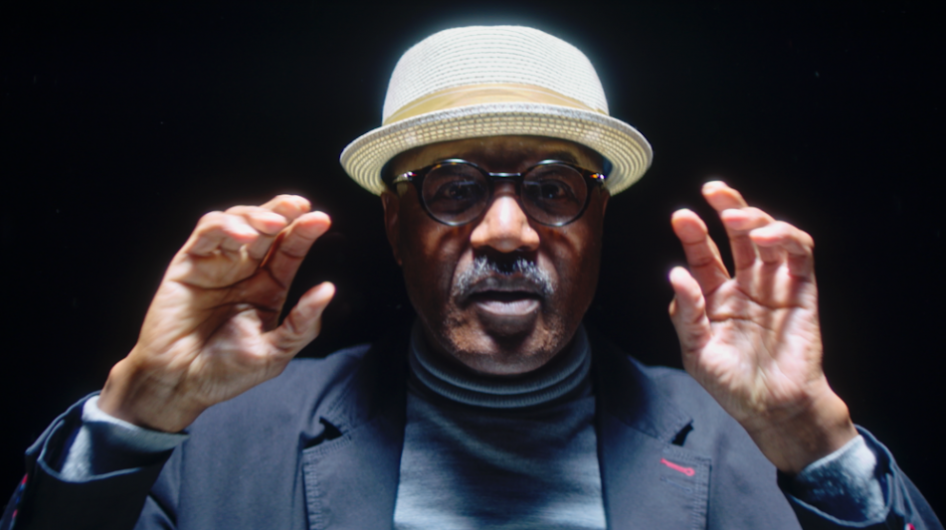 While it’s always good to have a nicely made film with a solid cast, what should really hit home with sci-fi fans is the social commentary. Although we joked before that our current issues in 2020 could be the catalyst for this 2048, it’s really not hard to see this coming true. We already live in a world connected through technology with things like FaceTime and Skype being common forms of communication. People often spend free time gaming online with friends while searching for companionship on dating apps like Tinder. It’s been a discussion for years that humans are burning a hole in the ozone with pollution. Then, you have the characters which are all very disconnected and, frankly, selfish people. With his constant feelings of inadequacy, Adam’s left to face certain death alone while only wishing his family would love him as is. Brewster’s Reena doesn’t really seem to dislike Adam in general. She just wants a better version of him. Neither person is really looking to change or compromise to be together. The arrogance and defiance of humanity is causing a self destruction and it’s taking the entire world with it.

LX 2048 definitely has things to say even if they’re a bit muddled by a lot of extra plot. These things are the highlight of the film and can spark a lot of conversation as any good sci-fi film will do. This is the strength of Guy Moshe’s script and direction. At 103 minutes in length, the film could afford to be cut down just slightly to streamline the plot and commit to one particular idea. To have clones, a virtual world, and a dying man/planet, could work together but the ideas often feel disjointed. All of the ideas here are interesting but there are just too many of them that don’t intersect often enough. That being said, LX 2048 is still an intriguing discussion piece and even allows itself to have a little bit of fun. This is one that science fiction fans should check out.

*LX 2048 is currently screening in virtual theaters and also available for rent or purchase from video-on-demand platforms like Amazon, Google Play, Vudu, and YouTube. Check out the trailer below.*