For anyone that regularly follows this site, we frequently talk about found footage films. More specifically, we talk about their role within the horror genre and in relation to independent cinema. It seems like the found footage style is a frequent go-to due to its simplicity. Filmmakers don’t need to spend as much money on their productions and many issues, such as bland characters, can be masked by such an unpolished technique. However, it’s refreshing when an independent found footage film has solid production value and also makes you forget that it’s found footage. With Colin Bemis’s Strawberry Flavored Plastic, the style never distracts from the events happening onscreen and delivers an intriguing story and character that keeps you fully invested from start to finish.

For a feature length debut from a young director, the film is quite impressive in execution. According to the director himself, the film was shot in his hometown of Peekskill, New York, for a mere $13,800. After getting approval from the Mayor and City Council, casting notices were posted and Bemis’s community project began. The cast worked for nothing and no money was spent on locations which can be pricey when shooting in a major metropolitan area. Bemis also received deals on catering, lodging, and a rental van. The idea of community and friendship took precedence over money in getting Strawberry Flavored Plastic made and is definitely quite an achievement.

The film follows aspiring filmmakers Errol Morgan (Nicholas Urda) and Ellis Archer (Andres Montejo) as they film a documentary about Noel Rose (Aidan Bristow). Noel is an admitted serial killer who claims to have been recently released after a nine year stint due to a crime of passion. After they commence shooting, Errol and Ellis discover that Noel’s story is untrue and he has never been to prison but that he’s actually an active serial killer. In knowing this, the duo is torn between cutting ties with Noel or continuing on with their potentially groundbreaking documentary. As the story continues, Noel’s behavior ebbs and flows from docile and charming to downright violent and disturbing.

One of the most impressive things about Strawberry Flavored Plastic is how it doesn’t feel like a low budget indie film. When dealing with found footage, it’s common for video quality to be inferior to the polished high definition visuals of today. This is a different kind of found footage film though. As the characters are actually shooting a documentary, the camerawork is slick and looks great. Sure, there are some moments where characters will be carrying a camera and erratically filming something but it works within the confines of the story itself. There are multiple different types of recordings within the film too. Static HD shots, handheld video cameras, cell phone footage, and webcam correspondence footage are all used here. It legitimately feels like the characters are filming a documentary and using any footage necessary to include in their final product. 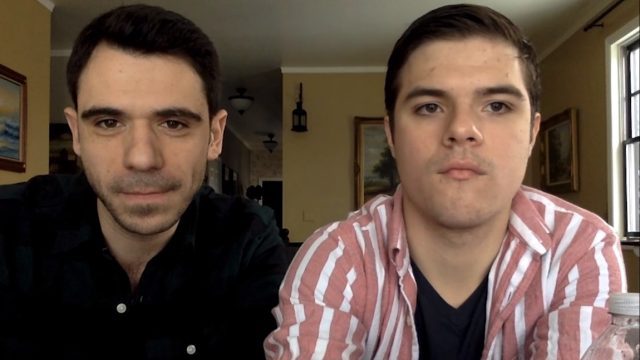 It also must be noted that this is not really a horror film per se. There are some definite horror elements especially in a disturbingly violent scene of a home invasion. Though, Strawberry Flavored Plastic is more than that. It’s more of a character study about someone who has maniacal impulses but isn’t a constant psychopath with a thirst for blood. It also delves into the question of morality in terms of its two filmmakers. At times, they bear witness to Noel’s behavior but, instead of going to the authorities, they tend to sweep it under the proverbial rug to not jeopardize their film. While there aren’t many scares in the film, there are some extremely dark scenes which provide plenty of satisfaction for those expecting horror. Frankly, though, the found footage style doesn’t always need to go hand in hand with horror. It’s nice to see that this is the case here.

The best thing about this film is its subject: Noel. Aidan Bristow does an amazing job as the character. Although his original story isn’t true, there are still plenty of things to keep Errol and Ellis, as well as the audience, captivated by his words and actions. During the film’s interview scenes, Noel remains calm and collected while dabbling a line of being almost preachy. His pretentiousness and sociopathic thoughts would be distracting in most films. Here, though, his character is balanced out by his homicidal actions. He seems like he has himself completely figured out but when you see his outbursts, you’re never entirely sure. On top of that, it’s hard to tell if everything he says is the truth in many cases. Regardless, it adds depth to the character and makes you wonder if Noel truly is a psychopath despite his insistence that he’s not. 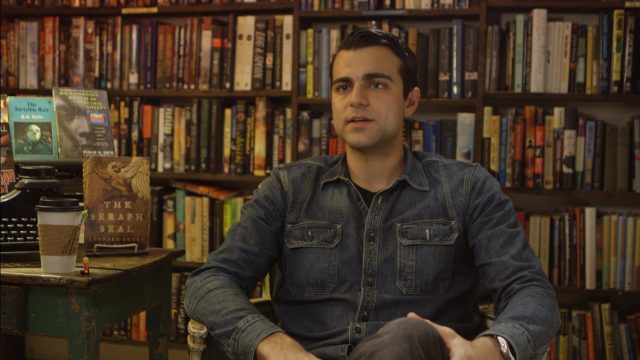 While the film does many things very well, it does suffer a bit from some minor issues. The character of Errol starts out well but, as the film continues, the performance seems a little forced. This could be intentional as he and Ellis experience more and more of Noel’s behavior but it still stands out. It’s as if the focus shifts slightly more towards Errol when Noel is the obvious star. Another issue is with the structure of the editing. The aforementioned home invasion occurs somewhat early in the film but feels more like the film’s climax. There are other things that happen later but this is possibly the most impactful moment in general. It feels like some scenes could’ve been moved around a little to provide more of a slow burn up to bigger moments. Also, Errol and Ellis rarely have big reactions to Noel’s behavior which could provide more insight into their respective characters.

Ultimately, Strawberry Flavored Plastic is a great first outing for Colin Bemis as a feature length filmmaker. It never feels like this film was only made for $13,800. Between its polished look, interesting story, and solid acting overall, it proves that there are ways to effectively use found footage. While there are some minor issues, the character of Noel will keep your eyes glued to the screen during his lengthy monologues and also his erratic behavior. At one point in the film, Errol says that he’s “tired of waiting for validation from an uncaring and difficult industry.” With Strawberry Flavored Plastic, Colin Bemis proves that he doesn’t need validation from the industry. With his creative drive and help from the community of Peekskill, he crafts an intriguing character study with plenty of thrills and a character that won’t be soon forgotten.