No matter how strange it may sound, everyone loves a good serial killer story. No, we’re not just talking the blood, guts, and body counts in slasher films like Halloween and Friday the 13th. In narrative filmmaking, titles like The Silence of the Lambs, Seven, and Zodiac have enjoyed success by telling a tension filled story to attract audiences. As these films continue, viewers feel as if they’re along for the ride to solve a notorious murder spree. In the case of Zodiac, the film is actually based on a true story which is another selling point for some viewers. Netflix has done a good job satisfying its subscribers with many true crime documentary shows like Making a Murderer, The Innocent Man, and, most recently, Conversations with a Killer: The Ted Bundy Tapes. Director Joe Berlinger doubles down on the infamous Ted Bundy following his documentary series with his new feature length biopic, Extremely Wicked, Shockingly Evil and Vile.

This isn’t the first time that Bundy’s crimes have been covered on film. The first attempt was even released before the real life Ted Bundy was executed. 1986’s The Deliberate Stranger is a two part television movie that stars Mark Harmon as Bundy. Adapted from the book of the same name, the film received positive reviews for its accuracy and Harmon was nominated for a Golden Globe award for his role. Sixteen years would pass before the aptly titled Ted Bundy was released in 2002. This film was met with less favorable reviews as it takes many creative liberties in telling the killer’s story. Another TV movie, The Stranger Beside Me, was released in 2003 as an adaptation of the book of the same name written by Ann Rule, a close friend of Bundy’s in the early 1970’s while they worked together at a crisis center. Ted Bundy also popped up as a character in two other films based on the Green River Killer. Bundy had assisted investigators trying to capture the Green River Killer in a pre-Hannibal Lecter like manner. In 2004’s The Riverman he’s portrayed by Cary Elwes of Robin Hood: Men in Tights and Saw fame.

Extremely Wicked is adapted from Ted Bundy’s real-life former girlfriend, Liz Kloepfer’s, memoir, The Phantom Prince: My Life with Ted Bundy, and stars Zac Efron as the notorious killer. It opens with Ted’s longtime girlfriend, Liz Kendall AKA Kloepfer (Lily Collins) visiting him in prison before flashing back to their original meeting. Ted meets the single mother at a bar in Seattle in 1969 and the two soon strike up a romance. Ted even helps Liz raise her young daughter. Years go by and the disappearances of a number of women in Washington and Oregon shock the region. A police sketch of a man resembling Ted is released and eventually he’s arrested in 1975 for matching the description. From here, the film follows Ted’s claims of innocence and his relationship with Liz leading up to his eventual trial. 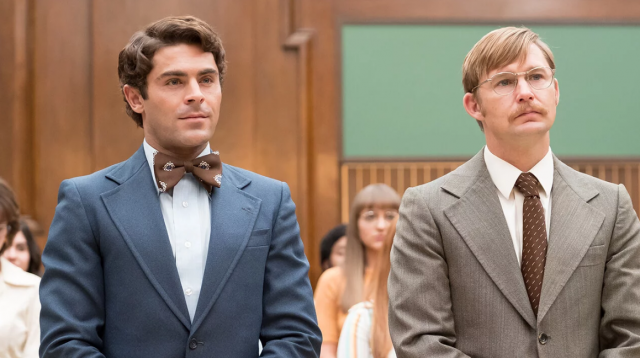 While Bundy’s crimes have mainly been the inspiration for feature films based on the man, Berlinger’s film takes a much different approach. For viewers wanting to experience the less than savory details of Bundy’s criminal history, you may be disappointed. Instead, Berlinger and company focus more on the man than the monster. Coming from primarily a documentary background, this isn’t necessarily a surprise that Berlinger would go this route. After all, documentary filmmaking is about trying to enlighten or sway an audience to understand a certain side of any given story. With Extremely Wicked, Shockingly Evil and Vile, Berlinger does just that. Without seeing Bundy’s murders or being given any inkling that he may not be who he claims to be, viewers will find themselves wondering what’s fact or fiction. Of course, anyone familiar with the real murders will know how the story is going to end but it’s impressive that Berlinger is able to convincingly place doubt in his audience.

Zac Efron’s performance as Ted Bundy also helps convey the film’s message tenfold. For those unfamiliar with the actor, Efron rose to prominence in Disney’s High School Musical trilogy before gaining more exposure through R-rated comedies like Neighbors, Dirty Grandpa, and Baywatch. Most recently, he played the charismatic Phillip Carlyle in the 2017 P.T. Barnum musical, The Greatest Showman. Efron ups the ante with his portrayal as Bundy in a memorable dramatic role. As was the case in The Greatest Showman, Efron is very charismatic and likable as Bundy. Additionally, the character’s unwavering belief of innocence quickly puts doubt in the mind of many of the other characters throughout the film. While some people may be upset at the lack of menace in Efron’s performance and an overall refusal to glorify the real Bundy’s killings, this version of the character should be looked at as unique to this film. Again, Extremely Wicked goes a different route than your standard serial killer fare and it sets itself apart because of it. 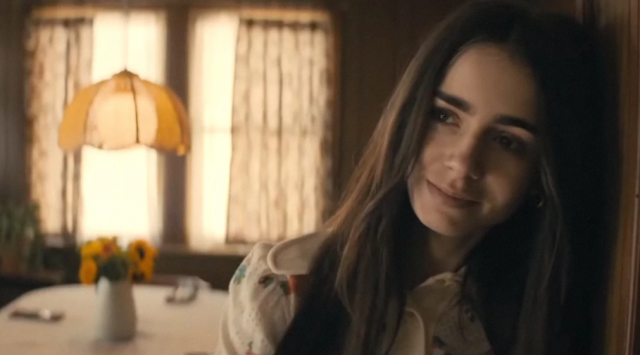 At just shy of two hours, Extremely Wicked is a breeze of a watch. Yet, there are some minor setbacks. While the storytelling and message of the film is interesting and different than most serial killer biopics, there’s one thing that Berlinger and company missed. Since the film is based on the memoir of Bundy’s ex-girlfriend, you’d think much of the focus would be from that character’s viewpoint. Lily Collins as Liz Kendall is certainly one of the main characters and you do see her life crumble as soon as Ted is arrested. Yet, the film changes direction and emphasizes how Ted is viewed by outsiders and the media moreso than those closest to him. Collins takes a backseat in the second half of the film for coverage of Ted’s time in and out of prison. The film still works as it is but, for fans of Kloepfer’s memoir, there isn’t as much personal insight and history in the film as one may expect.

Regardless of this arguable discrepancy, Extremely Wicked, Shockingly Evil and Vile is a departure from the usual serial killer biopic. It certainly paints Ted Bundy in a different light by giving viewers a unique side to the story: Bundy’s. With a documentary filmmaker like Joe Berlinger at the helm, it’s not hard to understand this approach. With titles like Brother’s Keeper, the Paradise Lost trilogy, and a number of other murder/mystery documentaries, Extremely Wicked certainly fits in Berlinger’s wheelhouse and made sense for his first narrative film in years. For those looking for a bloody rampage of a film, this one isn’t for you. Yet, there’s plenty of suspense, doubt, and theatrics from Efron’s Bundy to keep viewers guessing until the very end.