Back in 2016, the moviegoing audience was cursed by the release of David Ayer’s Suicide Squad. The film was the third to be released in what was then known as the DC Extended Universe behind 2013’s Man of Steel and 2016’s Batman v Superman: Dawn of Justice. That’s right. DC skipped over some of its biggest properties in Aquaman, The Flash, Wonder Woman, and even a new standalone Batman film to release Suicide Squad. It was met with negative reviews, including one on this site, and was a huge step back for the comic book company. It’s kind of strange, then, that here in 2020 we have a quasi sequel/spin-off of that film. Thankfully, though, Cathy Yan’s Birds of Prey feels more like what Suicide Squad had wanted to be as a fun and colorful action romp set in Gotham City.

Before we delve into the film, let’s discuss the all female superhero team first. The Birds of Prey got their start in 1996 as a creation from Jordan B. Gorfinkel and writer Chuck Dixon. It began as a partnership between the characters of Black Canary and Barbara Gordon/Oracle. The book was canceled in 2009 but returned a year later. It was then relaunched along with every other DC comic book property under DC’s New 52 banner in 2011 and again in 2016 under the current DC Rebirth universe. The team has had a sizable cast of members since its inception with such names as Batgirl, Catwoman, and Poison Ivy fighting in the group at various times. As for the film version of the Birds of Prey, there are definitely some liberties taken.

The story opens with an emotional Harley Quinn (Margot Robbie) narrating the recent events of her life since her and the Joker broke up. Heartbroken and intoxicated, Harley decides to blow up the Ace Chemicals plant where she pledged herself to the Joker. Without the Joker to protect her or clean up her messes, Harley becomes public enemy number one in Gotham City. Though, she’s protected by burlesque singer Dinah Lance/Black Canary (Jurnee Smollett-Bell) at one point. Meanwhile, Gotham City police officer Renee Montoya (Rosie Perez) is investigating the Huntress (Mary Elizabeth Winstead), a vigilante who’s knocking off mobsters with a crossbow. In addition, Harley teams up with young pickpocket Cassandra Cain (Ella Jay Basco) who has mob boss Roman Sionis/Black Mask (Ewan McGregor) and his right hand man Victor Zsasz (Chris Messina) searching for her. This ultimately leads to a team up of all of the female characters as the Birds of Prey.

Birds of Prey is another one of those films where the plot really doesn’t matter. On paper, it’s a convoluted mess but, in execution, it’s actually not too difficult to follow. That’s even with Harley’s narration jumping all over the place. For instance, there’s a part early in the film where she mentions that we have to go back even farther to understand what’s happening in the present. The film then rewinds to an event prior to what we’ve already seen. It’s sort of unnecessary and poor storytelling in general but, given an unreliable narrator such as Harley, it somewhat works. When it comes to the character motivations of the plot, basically all you need to know is that Black Mask is looking for a diamond and all the women he has wronged eventually team up to take him on. It’s pretty basic stuff but effective enough for this film. 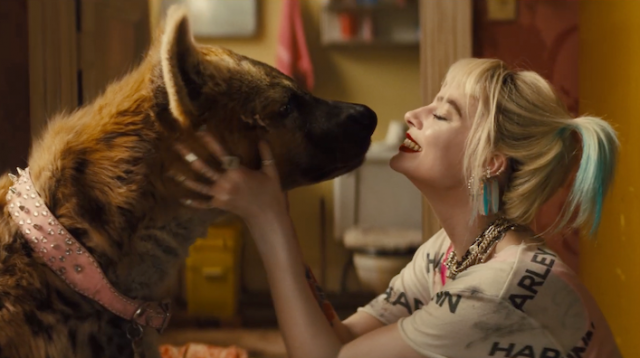 While the plot doesn’t inspire a ton of hope, the biggest criticism of the film will certainly be its false advertising. Make no mistake about it, even though the film is called Birds of Prey, this isn’t a story about the titular female group. This is a Harley Quinn film. Robbie’s Harley is the main character, she’s the cause of the inciting incidents, and she’s at the forefront of nearly every scene. It should also be noted that neither Harley or Renee Montoya were ever actually a part of the Birds of Prey. Even the stupidly long subtitle, The Emancipation of One Harley Quinn, would’ve been a better name given what the film is actually about. Fans of the actual Birds of Prey may find some things to like with lesser known characters like Black Canary and Huntress hitting the big screen but there are sure to be plenty that are disappointed by the final product.

Now, that’s not to say that Birds of Prey is all bad. One of its saving graces is its talented cast. Margot Robbie returns as Harley Quinn after receiving praise as the character in Suicide Squad and she’s great again here. Even though she doesn’t look like the traditional version of Harley, Robbie’s wild and unpredictable performance suits perfectly encapsulates the character. It makes sense for her to be the lead in the film despite not really being a part of the namesake group. All of the other female cast members like Rosie Perez, Jurnee Smollett-Bell, Mary Elizabeth Winstead, and Ella Jay Basco do a good job carving out their own roles in the film as well. Specifically, Perez and Smollett-Bell are the two biggest standouts with the most to do other than Robbie.

However, Ewan McGregor and Chris Messina as Black Mask and Victor Zsasz respectively don’t really hit the right notes of their comic book counterparts. McGregor is eccentric and very Joker-like at times which isn’t much like Black Mask. Messina’s Zsasz is mainly a buffoon and not the imposing and psychotic Zsasz from other Batman-centric properties. Both work for the tone of this film but don’t stay true to the actual characters. The only real similarity McGregor’s portrayal has to the comic is that both wear a black skull mask. We don’t even get a whole lot of that before the film’s end either. In all honesty, you never really learn much of anything about the villains at all. They’re just bad guys who did bad things. It’s too bad that lesser known villains like this finally get a chance to shine but are, ultimately, underdeveloped. 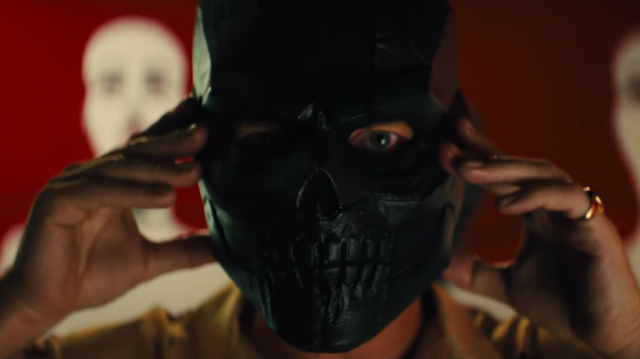 What really makes the film tick outside of its cast, though, is that it actually has some fun. So many of the early DCEU entries refused to have any fun. It wasn’t until 2017’s Wonder Woman that DC finally brought some levity into their new movies and they’ve found success in 2018’s Aquaman and last year’s Shazam! by continuing the trend. With Birds of Prey, the production is uniquely bright and colorful. The action scenes are dazzling, if a little underwhelming in terms of some of the choreography. In terms of sheer entertainment value and amusement though, Birds of Prey knocks it out of the park. It focuses on a bunch of bad ass women blowing stuff up and empowering one another. There really aren’t any other superhero movies like this one and, for that alone, it’s commendable.

That’s about the best we can say about Birds of Prey. It’s a lot of fun as an R-rated girl power escapade full of mischief and violence. The characters don’t necessarily honor their humble comic book origins but they do enough to keep fans hooked enough throughout the film. As a whole, this felt like the film that Suicide Squad wanted to be. The good news about everything is that you really don’t have to watch that film to follow this one either. As previously mentioned, Birds of Prey  probably won’t appease fans of the group. Yet, it’s at least an energetic and lively effort that boasts its own merits as a standalone Harley Quinn film. We’re still not going to call it by that stupid title though.